1. The bandages came off The Standard, East Village. And she's a beaut!

It's no picnic renovating an operating hotel, but all the hard work is finally paying off. The lobby, Café Standard, guest rooms and garden have all been Standardized and what a difference a year makes. Only one more big reveal to come this winter ... Stay tuned.

They make glasses. We make hotels. What could we possibly have in common? 21st-century brand synergy, that's what! From the Readeries to the Short Story Competition to our Artists-in-Residency program to our custom-made shades to Warby's first West Coast store at The Standard, Hollywood, we're hot and heavy and going strong.

3. We put not one, but two monsters in the plaza.

One friendly, one scary, both by Kenny Scharf with whom we also did a book and a lovely interview.

4. We talked a lot about about nostalgia.

Maybe it was the Punk Show at the Met, maybe it's just that we're hitting a 30-year nostalgia cycle, but the topic of New York in the '70s and early '80s kept coming up again and again in our interviews. For example, Olivier Zahm described it as his defining years, "...From May '68 to the Sex Pistols. It was the decade where I discovered music, cinema, sex and philosophy." The amazing Arto Lindsay commented on the romanticism as, "a weird thing because you get all these people feeling nostalgia for something that they didn’t experience, and also for a time when it was very, very difficult for most people." Kenny Scharf said, "we thought that everything was rehashed in the 80s! We thought that we were on the backside and that all the optimism of the '60s had died ... Every generation looks back on another one and thinks it's more fun."

Moby, who had just returned to New York after moving to LA said that, "if I stare at some corners, it's the same as 1986 and then you turn your head and there are buildings that are just so foreign." Our favorite reminisce though was with 70s icon Pat Cleveland. "At that time it was like a party to be backstage," she describes of her modeling days, "We would have champagne and everyone would be really, really excited." Some things never change.

5. We hosted the two best parties of the year.

The Met Ball after party and the ToTs 5th Birthday were both wonderful. WONDERFUL. The Tops! Literally. Not to be all star-buggery, but wow, what incredibly fun times.

6. Speaking of tops we got to the bottom of Fashion Week Hook-Ups.

A piece in New York Magazine got us thinking about whether it's true no one really hooks up during the "sexiest" week of the year. Paris Hilton, and a few other authorities weighed in at the annual Purple Magazine fashion party.

7. We discovered that while kids these days have very sophisticated palettes, they still worship pizza.

We found some of the cutest damn tots in the Tristate Area to test our Standard Plaza Pizza. It went over pretty well ... we think ...

9. We hung out with the head of Google and chatted with Pharrell and Captain Sully

That's Google's Eric Schmidt and Jared Cohen giving a talk on the Digital Age, part of our Standard Talks Series.

Mr. Williams insisted he had nothing to say about himself, but he managed, just for us.

Plus, we talked with the empress of public art, Anne Pasternak; we found out the truth about Norman Mailer's alleged drug dealing, and Lewis Lapham filled us in on the allure of smoking e-cigs. Not too shabby for a hotel blog.

10. We tested the limits of nautical engineering.

Miami designer Luis Pons did the heavy lifting, but we helped.

11. We figured out where all the good TV was hiding.

It turns out the internet (not, like Netflix or Hulu, but the great unsigned) has some of the best TV you could ever hope to click on. This webispode from High Maintenance is just about the most perfect shit we've seen all year.

Hollywood's sexiest '70s cult had their reunion at The Standard, Hollywood and there is no denying that Father Yod's Source Family had something very special going on.

13. Beyoncé did this at The Standard, High Line.

And that's what we call, a year-maker. 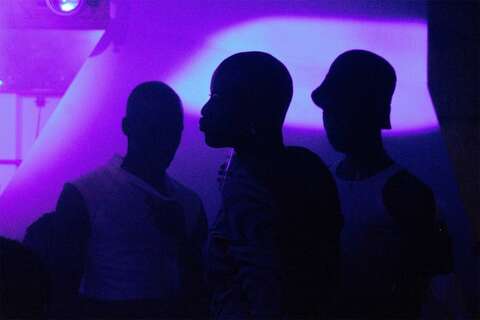 The Year Music Returned - Best of '21 at The Standard, London