Legendary nightlife entrepreneur and Berlin Festival organizer, Cornelius Opper, discusses the Berlin music scene and how it is holding up against the tides of globalization. (Hint, pretty frickin' well.)

Standard Culture: Berlin is often viewed as urbis prima when it comes to music. What's the draw exactly?

Well, the music scene is just a result of Berlin being generally a creative platform for artists to get together, exchange ideas and inspire each other. Since the wall came down the city has offered cheap spaces for creatives to explore new ideas. You still don’t have to worry too much about money to live here, making it easier to focus on your creative work, which of course attracts artists from all over the world, turning Berlin into a growing cosmopolitan city.

How do you feel about gentrification? Berlin retains a pretty wild reputation. People still fly in for the day just for a rave ...

Change is always a positive process. It comes down to us to do make a positive statement. It's great that it's becoming more and more international ... Berlin was – and still is – like a playground. Some people say the old days were better, but that's part of the creative process. You can't stop change, but you can influence it. And music changes accordingly. For example when you look at Techno in the 90’s the average track was around 160 BPM (Beats per minute) today it’s around 125 BPM. It's become more refined, as has the city.

True or False: Berlin today is what NYC used to be in the 80’s and London in the 90’s

Yes, the international crowd thinks it's the the most exciting city in the world right now. It is getting more expensive, but comparing it with other cities such as London or NYC you still have a lot of freedom and opportunities here. There are still so many areas to develop for the next ten years at least. You have all these different areas that will develop and become trendy like Williamsburg or Dalston. Who would have thought couple of years ago that Neu-Koelln (Rough area in Berlin) will become the next hipster area?

The legendary Berghain may look rather inhospitable, but it's the undisputed club capital of the world (next to Le Bain of course!)

What's your take on the music nightlife world crossing over with the art world, e.g. galleries and museums? Is this the future?

The future for Berlin’s music scene will be a conversation with art. Nightlife influences art and vice versa. Berghain for instance (Voted No.1 Club in the world) pushes the standard for Electronic music by not only playing the finest Techno out there but by showcasing complex symphonies turning the club into an Opera for contemporary music. People are open to the complexity of its music and embracing the live experiences in this unique environment, which is the next logical step looking at the digital era we live in.

I organize once a year a Kunstnacht (Art Night) where we have concerts in Museums, with people dressing up to celebrate music and art. That's the future. Art coming into the clubs and music coming into the museums.

What was missing in Berlin was an urban music festival that showcases an eclectic sound between electro, indie and other contemporary music styles. It takes place in the heart of Berlin. One newspaper coined it a, “ A festival for people who don’t like festivals.” In 2009 we moved to a former Berlin Airport, this unique concrete environment that you don’t have anywhere else.

Check out the trailer for this years Berlinfestival line up: 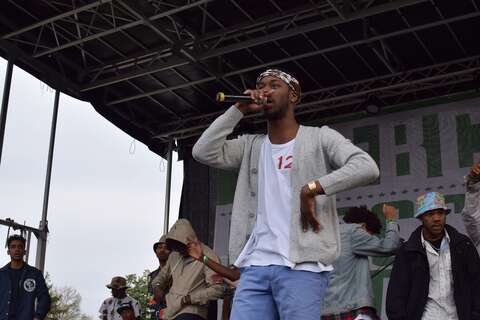 An Eclectic Playlist for a Capricious Season 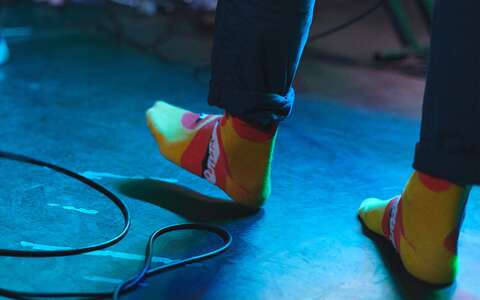 The Fashion Set Knows Its Hashtags