STANDARD CULTURE: Summer '14 is almost behind us. What were the highlights for Night People?

ELI ESCOBAR: Definitely starting the Night People record label and putting out my album as the first release. The response has been overwhelming and we're really proud of that. Also shout out to Woody Fu for the crazy artwork!

LLOYD: Jemz and Eli starting the label for sure! Also, because we didn't play as much together, it made our parties this summer extra special.

BLU JEMZ: The summer was all about reconnecting with old friends for me.

What's the most exciting thing coming up in NYC this fall?

Eli: Honestly, I'm a fall-loving dude. For me, the most exciting things are the leaves changing and the weather getting cooler...it's just the best. And you can rock jackets and hoodies that you had to put on ice during the summer. There are a lot of possibilities (laughs). On the music side though, I'm excited to relaunch my radio show Delancey Music Service on Redbullradio/Klangbox fm. I love doing radio!

Jemz: An Indian Summer hopefully. I want to try and check out at least one performance at BAM's Nonesuch series, and MOMA has a big show of Matisse's cut-outs which were my favorite as a child. We've got some really exciting releases planned for Night People; an EP by our homegirl Bridget Marie, featuring our all time favorite, Jamie Principle; some digital singles with remixes of Eli's stuff, and the first edition of our NYC edits series.

Lloyd: In theme with the season, I'm all about change right now. I just had a birthday and moved into a new apartment. I couldn't be more excited for what comes next. It also looks like it might be a late summer so I'm looking forward to more beach trips.

What track will you play at peak time on Saturday September 27?

Lloyd: I've actually been dying to drop Light Color Sound by the late Eon on the Le Bain system since I found the record in Japan a couple weeks ago. Its a new favorite!

Jemz: Vaskular Black Jesus (feat Valesuchi). This is off the new Cómeme compilation, Gasoline. I actually love every single track to be honest - this crew is really killing it for me right now. I'm also a huge fan of that new Black Jesus show on Adult Swim, I guess his time has come. 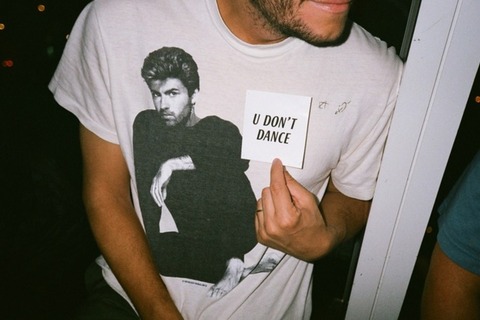