Who doesn’t love wading through a stack of the world’s most interesting magazines, with their odd shapes, thick stocks and artfully arranged layouts? In fact, you can do this yourself at any of our Standard Shops in New York, Los Angeles or Miami. Here’s what we’ve enjoyed in the early Spring issues so far...

Out Of Order isn't your usual student-made fashion rag. Just take a look at the first few pages of their third issue which features ads from Bvlgari, Jason Wu, and Gavin Brown. 21-year-old Yale senior and Editor-in-Chief Dorian Grispan is to thank for that. With his connections in the fashion world, Grispan not only brings in big advertisers, but big names as well. This issue features Marina Abramović on the cover, editorials by Larry Clark, a photo spread by Gus Van Sant and an interview with Klaus Bieenbach of MoMA and PS1.

Sampled above is a painting by Mathew Cerletty, whose work is playful, honest, and challenging — a feat for someone who focuses on life's mundanities.

Also in Out Of Order is this beautiful editorial by Paul Maffi called House of Glass. We're reminded of Patti Smith posing for Robert Mapplethorpe.

Hello Mr., a magazine "about men who date men," was started this year by Ryan Fitzgibbon. It's very charming, thoughtful—idealized but not racey. Sort of the Looking of magazines. Its second issue features a list of 30 things you should've done by now, be doing, or stop doing. The list includes: stand up straight, start cooking, try yoga, buy real art, get decent bedding ... you get the point.

It was the launch heard 'round the fashion world, and we couldn't have been happier to host. Porter magazine's first issue, covered by Gisele, is super glossy, super romantic, and super shoppable thanks to its publisher, Net-à-Porter.

La Scarzoula is an architectural fantasia by Tomaso Buzzi built around a 13th-century Franciscan monastery in the hills of Umbria, between Rome and Florence. The esoteric assemblage of symbols and architectural references are key elements in Buzzi's "Ideal City." We can always depend on Purple for such under-the-radar gems.

You could say Ren Hang is like the Chinese version of Terry Richardson, but one who challenges culture and society, not just sex taboos. "In China, people will tell the government to shut down art an photography shows if there's nudity," he tells Purple.

We spotted another Umbrian fantasy in the March 2014 issue of The World of Interiors which showcases a repurposed modernist tobacco plant acquired in 1994 by Count Antonio Bolza. It's now the offices of his son, Benedikt, who is converting the family's 50 odd farmhouses on the 3,000-acre estate. 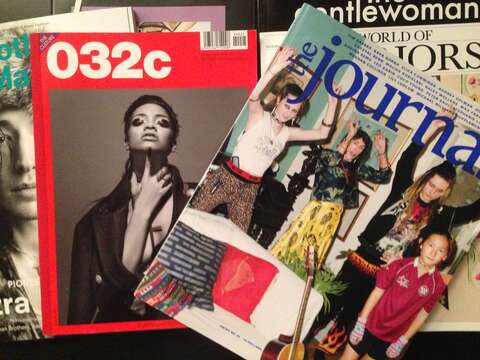 Wading Through the Monthly Mag Pile 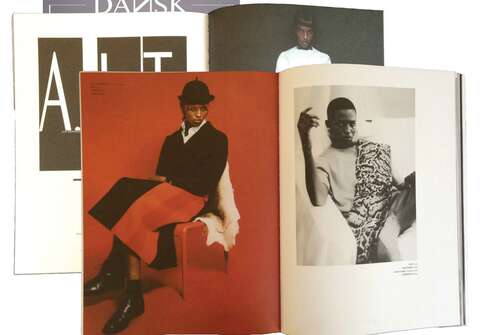 Best of the Small Press