Le Bain: Tell us about the night you discovered disco.
Eli Escobar: When I was really young growing up in the 80's. The guys around the way and on the train had boom boxes and played WBLS all day and night. So early on I would hear Cheryl Lynn and Chaka Khan and all of them. I loved it right away. As far as the night time goes, I'm not sure I remember exactly but when I started going out in the 90's, I would wait to hear records like Alicia Myers I Want To Thank You or Black Ivory Mainline. Usually it would come on towards the end of the night, and that was when I realized this music was so powerful and so therapeutic. I fell in love with it and never looked back!

Kon: That would have to be 1977 when my Mother brought Chic's first album home, and wore the grooves out. I would ask her to play the "Yowsah! Yowsah! Yowsah!" song over and over. Also Dr. Buzzards original Savannah band and Rose Royce were 2 other LPs that got so much play in my house. It helped having a young, early 20's, hot Mom... who was a disco diva!

What are your all time favorite disco lyrics?
Eli Escobar: My favorite lyrics would have to be Sister Sledge's Lost In Music. It's a total declaration of the disco lifestyle and basically every sentiment expressed in the words is in step with how I live my life! My favorite line is "Some people ask me, What are you gonna be? Why don't you go get a job?" and Kathy responds with the perfect, bitchy "Uh, uh". She is so great and I love her raspy voice. I could never get tired of this song.

Kon: Yes, that's a tough one... Despite its popularity, Im going to say GQ Disco Nights (Eli named the party this as well). When this record came out it was 1979 and that was a magical year for me, roller skating with my Mother every sat night AND being the only kid in the club... and this song always got me. Pick any lyric from this song "Involve yourself, you're free to follow, and we'll take you there, you said you wanna reach the sky, so get up. Just do what you feel, I'm for real"... This message and the sound still resonate nearly 40 years later.

The Clash The Magnificent Dance

What is your all time favorite instrumental disco track?
Eli: Good question. One that comes to mind is the instrumental of Body Music by the Strikers. Mixed with loving care by Larry Levan and Francois K. It just has a dope groove and layers and layers of pianos, synths and percussion. Don't get me wrong, I love the vocal version too. Back in the day I used to always start with the instrumental and then bring in the "Rock, rock to the punk rock, don't stop" vocal part with my extra copy.

Kon: This must be like picking a favorite child... not fair. The Clash Magnificent Dance is IMO a perfect perfect disco record. The bass line is my top 10 disco bass lines G.O.A.T.. The drums are rocking, congas are up front and dubbed out. Sonically the mix on this record is a masterpiece.

"With Discotheques becoming Big Business, the 'disco' chain, run like a fast-food empire or a string of laundromats, could be the next major move. If it is, count me out." (Vince Aletti in 'The Disco Files'). What does this quote of 1975 inspire you? Do you feel like dance music history repeats itself?
Eli: This is probably Aletti predicting what would happen only two years later with the over saturation of disco music and the cheesy cash in records flooding the market. Of course this is happening now with the whole EDM thing and all that mess. But the underground never pays attention to any of that, we just keep doing our own thing. I don't really care what's going on over in that world, you know what I mean? They'll be on to something new in a few years anyway!

Kon: Everything repeats itself, it eats itself and some times kills itself and there are a few trends i'm waiting for this to happen with. I think even now as popular as disco has become, many don't have a real connection to it... and songs get played poorly in context, being connected to memories via songs is a strength as a DJ, learning is key. Not just playing 54 edits from the UK and having no idea what the original source is. Maybe I'm talking shit but I like to learn. So should you. 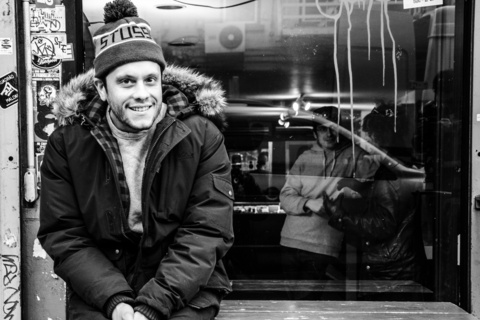 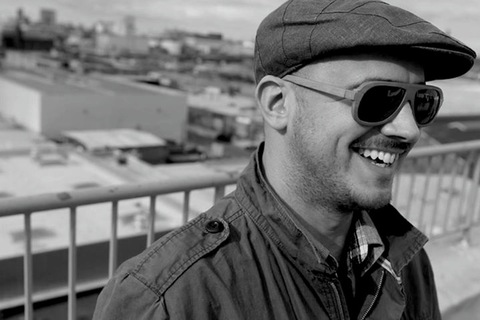