On Friday, August 19th, NY fave Blu Jemz takes over Le Bain and brings brothers-in-arms Thee Mike B and TK Lawrence. We caught up with the boys.
LE BAIN: TK, we love your last release on Cavalier Records. What’s the story behind it?
TK LAWRENCE: I think this release was about moving upstate, looking inward, and returning to the reasons I started making music. I wanted to capture that feeling of naiveté. I was listening to old floppy disks and trying to capture that essence of imagination without too much outside influence.

Since your 2010 release on Nurvous, your alias has changed from Ter Khan to TK Lawrence. What about your style as a DJ and your vision of dance music?
TK LAWRENCE: I've definitely been playing a lot more vinyl and a wider variety of genres. As far as my vision of dance music, I guess it's similar in that perspective as I've been listening to records that have elements from other music, such jazz, hip hop, and so on. It brings me back to that sample and crate digging mentality that remains instilled in me from my youth. I like things that are less straightforward and make you ask, How is this a dance track? 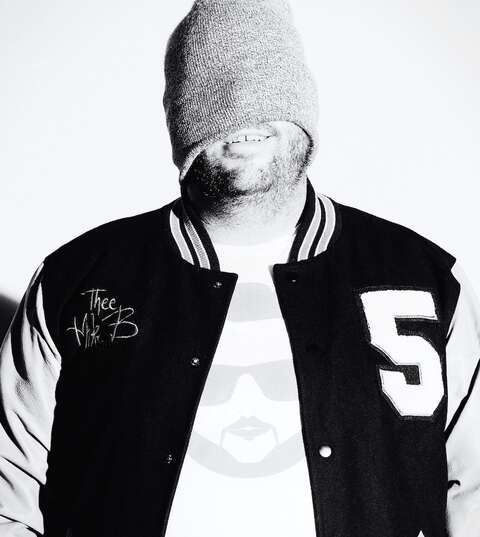 "Who's a better rapper: Debbie Harry or Joe Strummer?"

Mike, you said your definition of a good club track is "bumping drums, acid lines, and late-nite, funky hip-hop vibes.” What’s your definition of a good club night?
THEE MIKE B: I have no idea where that quote is from, but I like it and I'm sure I said that. [Laughs.] A good club night is when I get to DJ with my friends and we all play the right tunes and everyone goes bananas. Aug 19th at Le Bain will be a good club night. Every time I share a booth with Jemz and TK, that good magic happens.
Ten years ago, you started the party Banana Split with DJ AM and Steve Aoki. You said it was not only a turning point in your career, but also a turning point in LA’s musical landscape...
THEE MIKE B: That party was the seed of so many things. For example, one time circa 2008, I played Classixx's demo for "I'll Get You" way before anyone knew about them. I posted that set, and that week I had dozens of Myspace messages asking what it was. Then AM started playing it at prime time, and ultimately we invited Classixx to come play. They killed it. Matt Colon, a promoter and Aoki's manager, signed them and represents them to this day. That record ultimately came out on Kitsune, and in my opinion, Classixx are currently one of the foremost live acts in dance music. Banana Split was also the birthplace of LMFAO, so... you're welcome world.

"I'll get You" by Classixx feat. Jeppe (Kitsuné)

Jemz, your partner at Night People, Eli Escobar, sees his career as a producer taking off. What’s next for the label?
BLU JEMZ: We've been pretty busy with gigs and Eli's sophomore album, Happiness, drops on Classic Music Group this month, so we haven't finalized our 2017 release schedule. We have a bunch of stuff in the works, like a NY Nights compilation, some EPs from friends, and other surprises. We love getting demos, so send them over if you have something you think would fit with the sound.
Who's a better rapper: Debbie Harry or Joe Strummer?
BLU JEMZ: [Laughs.] Sometimes when I'm bored DJing, I'll put questions like that on Facebook, mainly cause I'm listening to the records at the time. I recently remembered Cindy Ecstasy who would sometimes rap on Soft Cell songs. She's hands down my favorite '80s non-rapper who raps. Plus she was an OG drug dealer, too, at least as legend has it.