We sat down with Detroit house hero Terrence Parker before he plays Le Bain with his protégée Merachka on Friday, July 22nd.
LE BAIN: You started DJing at 13 when you got your first mixer and pair of turntables. Was it a gift from your parents?
TERRENCE PARKER: Yes, it was a Christmas present. In those days my parents could not understand why I needed 2 turntables. They had a quadraphonic component set which had a turntable along with an 8-track tape player all included in one unit. This was a system where you would position 4 speakers, each in one of the corners of a room, and it would allow you to hear quadraphonic vs. stereophonic sound. You could stack up to 10 albums or 45s and the turntable would play each one after the next. That was high-tech and considered ultra cool back in the '70s. 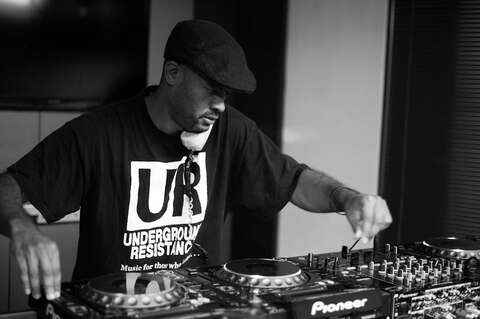 They couldn't understand why you needed 2 turntables, but you still got them!
Even after I showed them how by having 2 turntables I could make a continuous mix of nonstop music, they still didn’t quite get it. But over time, they began to understand it better and see the benefit of it. Although they still do not fully understand why someone would pay to have me travel to other parts of the world just to play music, they have come to accept it as normal.

What memories do you have of Detroit in the late ’70s and early ’80s?
I mostly remember riding my bike around my old neighborhood in the 7Mile and 8Mile areas as a kid. Then after moving to the northern suburb of Southfield, I remember going to the neighborhood park where many of the kids my age (10 to 12 years old) would bring their boombox radios to listen and break dance to the latest hip hop, funk, soul, and disco jams. As a teenager, it was about going to the record shops in Detroit like Buy-Rite, Chauncey’s, Professionals, and Sam’s Jams. Hanging out in the record shops was in itself a social gathering that would rival any current day meet-and-greet.

Early in your career, you were a part of the Hot Mix 10—a group of party DJs from Detroit inspired by the legendary Mojo—and you used to play in various clubs in Detroit. How was Detroit after dark?
The Hot Mix 10 was awesome! DJs like Al Ester, Stacy Hotwaxx Hale, DJ MoReese, DJ Zap, Gary Chandler, and others all played parties at spots like the Cotton Club. The lines use to be around the corner and down the street. Many of our nights were also carried live on WGPR radio so people could listen from their homes, cars, etc. It was an exciting time and we had many great parties with a wide range of music styles.

What was the group dynamic of the DJ scene?
I come from the generation of DJs where certain turntable showmanship (now called turntablism) was a huge part of our repertoire. DJs like The Wizard (aka Jeff Mills), DJ Fingers, Reckless Ron Cook, The Maestro, Don “Tink” Thomas, and the Hot Mix 10 created a climate where you had to show skills in order to be recognized as a party rockin’ DJ. These guys forced me to spend hours in the basement practicing scratch patterns, beat-juggling, as well as creative blending. Gary Chandler use to call me on the phone to share a new scratch or transform pattern he just created.

The Detroit scene is famous for techno, but you’ve established yourself as a master of the “classic sound of Detroit house music.” What makes your style unique?
With the exception of classic pianos, I used sounds that were used to make techno and made house music. I grew up listening to a lot of Motown music from my parents. However, they also played a lot of jazz, blues, rock, gospel, and classical music. My older brother was listening to what was known as “new music” in the '80s with artists like Flock Of Seagulls, Gary Numan, Devo, and more. All of these styles along with the influence of music played by the Electrifying Mojo helped to shape my early style of playing and making music. Later on, my personal relationship with Jesus greatly influenced the direction of the music I now make and play.

Your latest album has been released on Carl Craig’s label Planet E and proved that you're still on top of your game as a producer after 30 years in the game. What has been your main source of inspiration?
The Life On The Back 9 album was heavily influenced and inspired by my father. I had just gone through a divorce and was very depressed. My father told me a story about a recent golf game where he played horribly on the first 9 holes, but then finished the back 9 holes to win the match. His point was to say what I had just experienced was not an end but rather a beginning to what is to be the rest of my life. It inspired me to keep going, push forward, and expect God to have brighter days ahead for me. 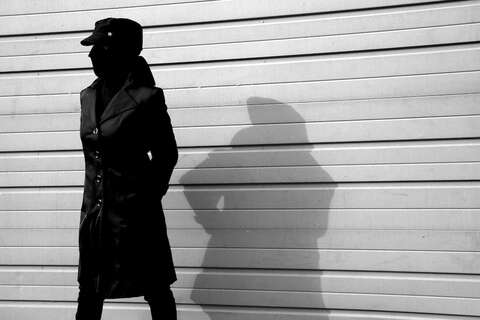 You're coming to Le Bain with your protégée, Merachka. What can you tell us about her?
Sometimes I am a bit jealous of her because she is quite gifted. She is an amazing singer and song writer as well as a multitalented producer and DJ. She can do it all. One of the things I most admire about her is she has no desire to seek fame for herself. She wants people to focus on the music and not her. This is why she wears a mask. Mad Mike Banks once gave her a huge compliment saying she reminded him of himself. Recently, she played a stunning set at Panorama Bar in Berlin and won lots of new fans. I am very excited she and I are DJing together at Le Bain.