We chat with Parisian disco legend, Patrick Vidal, before he plays Nouveau York Sunset on October 14th.
LE BAIN: Where to start? You’ve been a key personality of the Parisian music scene since the late 70’s, as a singer, guitarist, DJ, producer, and performer. You signed with legendary label ZE Records, produced by John Cale, and you toured with The Talking Heads and Patti Smith. But tell us about the young Patrick Vidal, the one before your first band, Marie Et Les Garçons.
PATRICK VIDAL: Patrick was a very shy and quiet boy. In his own world, passionate about music since the very beginning, and [about] movies and art a little bit later. [The film] Fellini Satyricon was a shock, I was only thirteen, but all these influences matched together in my 20’s [to influence] my lyrics and edgy way of making music. And Patrick, with a little help from Pasolini, Warhol. Morrissey, Werner Schroeter, and Fassbinder. suddenly felt really good about being gay. Thanks to David, Lou, and glam rock, too.

How would you introduce Marie et Les Garçons? Was it pop or punk?
Pop, surely not, and punk, neither. It was "arty." They used to called us like that back in the day. We were linked with The Velvet and The Modern Lovers. It was rock with attitude, but of course not the awful rock 'n' roll attitude! Our punk side was to get rid of all those horrible rock clichés.

"With Disco it was love at first sight, boom!"

Your second album, Divorce, was a disco album. Why disco?
With disco it was love at first sight. Boom! It was so new, [and we'd] never heard this kick before -- the breaks, the violins, the percussion! Everything was there; soul, funk, gospel, Broadway, and, most of all, it was the first time that a music style created a format and a way of producing songs especially for dancers and clubs. It was not just about listening but dancing until the end of the night in a trance. We made "Divorce" in 1978 at Blank Tapes studios in NY with such an incredible line-up of musicians: Jimmy Young, from John Davis Monster Orchestra, on drums; Christine Wiltshire, from Musique and Class Action, on back up vocals; and Allen Wentz from Wild Cherry. 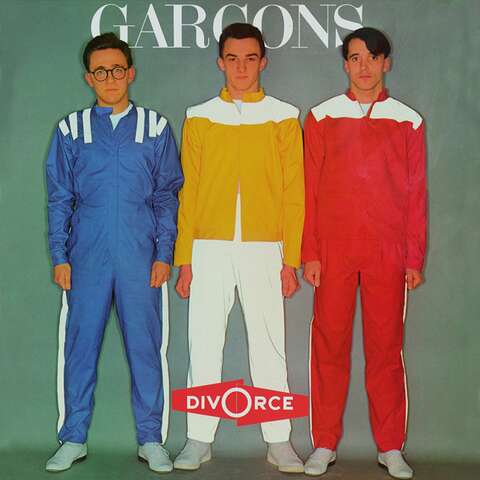 You moved to NY for a couple of years in 1980. What are the strongest memories you have from those years?
The main reason was to reconnect with New York after two records cut in the city and incredible memories of clubbing in 1978 and 1979, at the 54 and Xenon, and to be the closest I could to the music I liked most: soul and funk. It was a dream come true. I saw Prince, Sylvester, Phyllis Hyman, Roberta Flack, Change, and Luther Vandross. New York was my main influence since my childhood, from Warhol to the Velvet, Patti Smith, Television and Talking Heads. And later, of course, disco and clubs. And 20 years after that, it was New York again with the house scene. I definitely have a cultural love story with New York.
How did you make the transition to DJing?
It's all about my never-ending curiosity and passion for music, an irrepressible need to discover new sounds, and new ways to create something different with these seven notes! When I came back from New York in 1983, I started mixing at [legendary Parisian club] Les Bains Douches and playing electro-hip hop. Three years later, house music arrived from Chicago and it was like freedom! Another new way of making dance music but with a minimalist approach. Like disco, it was not about the stars or the bands, it was pure music. Disco is still my favorite music ever.

"A little Saint-Germain-Des-Prés kind of vibe with house instead of jazz."

By the early to mid 90’s, you were key personality of Parisian nightlife, but not necessarily gay nightlife. If I remember well, you ran a record shop with Gildas [Loaëc] who later managed Daft Punk, with Pedro Winter, and created Kitsuné.
In the late 1980's and early 1990's, I was playing in straight parties or mixed, but never strictly gay. I was playing mostly funk, and the gay scene was more into high energy [music] at that time, which I never liked. I never really understood the music that gays used to dance to in those days! It was such an incredible time for music with acid jazz, garage, trip-hop, jungle and, of course, house. That was my focus.

You also took part in the first wave of the French Touch with two projects: Discotique and Sutra. What did those two experiences teach you?
Mainly that French music labels weren't ready for edgy electronic music with French words. It wasn’t French Touch, it wasn’t techno, it wasn’t rock. I was signed by EMI publishing at that time and they didn't know what to do with our music. Discotique was released on a French indie label, Rave Age Records, and Sutra in the UK by Other Records. A French album signed by an English label meant a lot.

One of the most striking memories I keep from my years in Paris nightlife are your parties at Lili La Tigresse in Pigalle in Paris. They were directly inspired by NY parties Jackie 60, weren't they?
When going to Jackie 60 in New York, it was a shock. It seemed like a connection between my past, [with artists like] Patti Smith, Burroughs, and The Velvet, and my present. So with some Parisian friends, who were drag queens and creatures of the night, we said, "OK, let's do French urban poetry on top of a bar with deep house as a background music!" The idea was to recite French words over house music by reading poetry, cooking recipes, and excerpts from weird books.

Another striking memory is your party KABP, which might have been the best gay disco party of its time. What made the party so special?
KABP was like home. It was created by Act Up Paris founder and music journalist, Didier Lestrade, and only happened once a month.That made the nights so special. It was only friends, including the waiters, [creating] magical moments. Everything was possible, and I could play everything from classics to Bowie, to disco and house, of course. The crowd's response was amazing! Two of my best memories are playing "Heroes" by Bowie after my friend Sex Toy, an iconic Parisian DJ, passed away and playing a Yolanda Adams song in the middle of the night.

Your latest DJ incarnation is your DJ duo The Vidalation with Eugene Delation. What can we expect with you two playing at Le Bain for Nouveau York Sunset?
Eugene is an incredibly talented young guy, with a perfect sense of style with fashion and graphic design, and a great musical knowledge from classics to new acts. He reminds me of the incredible people from the 80's in London or Paris. He has the same curiosity I had in my twenties, so it’ s so easy and natural to play together!