Tad, Ru, and Josh, a.k.a. Occupy The Disco, share their favorite music and nightlife moments of 2017 before they return with their tea dance, Paradisco, on Sunday, January 14th.

Derrick Carter at Panorama Bar (October 2017)
"Sometimes a DJ can take you places you didn't even know existed or that you ever needed to go to...Derrick did that at PBar for me. It was the yin to my weekend-long, techno yang. The genre fluidity happening in that room, in that club, and in that city, is so inspiring. The silos we've built for genres are being broken down and rebuilt and re-imagined, and it's exactly what we need in nightlife right now."

NYC Pride (June 2017)
"I'm over the moon that we had the opportunity to play at the pier this year with some other incredible folks like Roisin Murphy and Dimitri from Paris. The city's official pride events usually feature mainstream DJs and pop divas, so it's exciting that non-traditional/underground acts are now seen as an important part of this celebration, too. Ultimately, we're just three guys who had this dream to make underground music big in our community again, so being a part of something like this means the world to me." 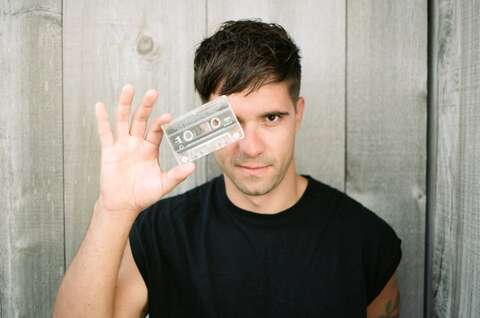 "We are finally living in a time when the city sees nightlife as an integral part of our identity and economy." –Tad

The Mayor of New York City signing the bill that establishes an Office of Nightlife and the repeal of the Cabaret Law (November 2017)
"This is a major shift in the politics of a city that spent nearly 20 years (and millions of dollars) hopelessly trying to curb creativity, culture, and community. We are finally living in a time when the city sees nightlife as an integral part of our identity and economy. So many positive things will be coming out of this in the next few years, I’m sure."

Soul Alliance Boat Party (July 2017)
"There's nothing more magical than hearing legends Danny Krivit and Joe Claussell play house and disco classics for a diverse crowd on a boat overlooking the Manhattan skyline at the peak of summer. It doesn’t get any better than that." 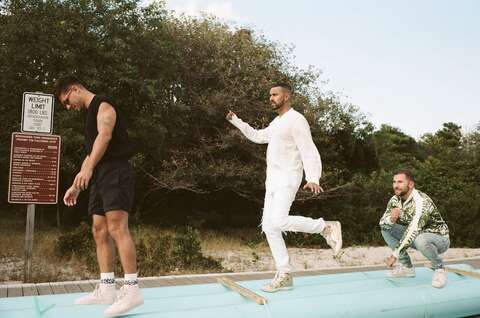 Playing with Giorgio Moroder at Flash Factory (January 2017)
"Earlier in the year, we were asked to play with the one and only Giorgio Moroder. As everyone knows, his "king of disco" moniker is no joke and it's not every day that one gets to play alongside one of his heroes. We had an amazing night opening and closing for him, and what was really special is he took the time to chat and get to know us. When we told him about Paradisco and how our crowd prefers disco and house over EDM, his eyes lit up. He was so happy to hear that the disco scene is still alive and well in New York and appreciated our strides to make it thrive. Having his imprimatur on Occupy The Disco was never necessary but still feels really great nonetheless."

Occupy The Disco at Le Bain (August, October, December 2017)
"I, too, was at that night at Berghain and Panorama Bar with Josh, and found it very impactful in terms of my own musical journey. However, rather than rehash his answer, I'll plug our OXD at Le Bain Friday night series: while we've been playing at night at the club with guests before, it was really rewarding to take over the whole evening at Le Bain and give it a completely different sound than Paradisco. As we enter our sixth year DJing as a collective, I can't help but look back at where we started and much of our growth was at Le Bain. It's really encouraging to have a space that gives us so much creative freedom, and I'm looking forward to stretching ourselves further into this next year."


Paradisco returns at Le Bain on Sunday, January 14th
January 28th, February 11th, and every Sunday after that
3pm-9pm | The Standard High Line

All photos by Neil Aline