We chat with Detroit veteran DJ Norm Talley before we celebrate the release of his album "Norm-A-Lize" on Omar-S' label, FXHE, on Friday, December 15th.
LE BAIN: Tell us about Detroit in the mid ’70s to early ’80s after Motown left the city for Los Angeles and before the rise of techno. Would you say Detroit actually was a disco city?
NORM TALLEY: Well, to be honest, mid '70s is before my era. I'm more in the early '80s age group as a young buck in Detroit! [Laughs.] But I will say that Detroit had a thriving disco scene in the club and on the radio!
That’s when you met the Detroit disco DJ Ken Collier, who became a mentor for you. Ken has been described as "the Frankie Knuckles and Larry Levan of Detroit.” What is the most important lesson you learned from him?
Being a selector of music! 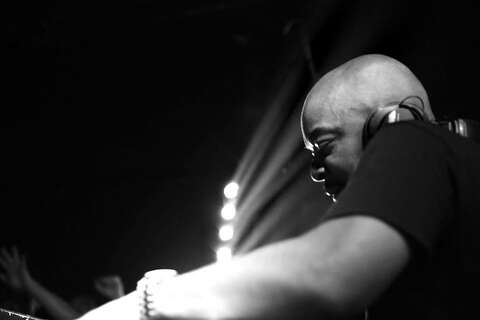 Since the '80s, you’ve released hundreds of your own DJ mixtapes and mixed CDs. You said you’re planning to make them available some day. What’s up with that?
Well that's a story within itself! In being a selector/DJ for over 30 years, you end up having a large back catalogue of music to offer over the years and a body of work you have created! The thing is, I would like to have all the artists and producers I decided to add to my mix be fully credited, so we can all tell our story in this dance music culture!

Tell us about your album Norm-A-Lize and your relationship with Omar S. What kind of milestone is that album in your career?
This a milestone for me as far as recording because this is my first full-length album and Omar is about making things happen, which I'm with at this stage in my life.