We sat down with LA's own Andrew "Lovefingers" Hogge before he plays Le Bain alongside his partner-in-crime, Heidi Lawden, on Saturday, February 17th.
LE BAIN: You said people sometimes expect you to play "weird" music, as they know you through your blog, Lovefingers, that you ran from 2006 to 2009…
LOVEFINGERS: Ah, “weird” is the hot new genre, right? [Laughs.] I think if someone has to describe their music as “weird,” then they probably didn’t have an idea to begin with. Weird is just something you are by nature, not something you should aspire to be. That’s just a bit insincere. What’s weird to me might not be weird to the next guy, and vice-versa.

As you put it, you, "need to figure out what’s weird you can dance to.”
I think a DJ should be appropriate. If I’ve got the crowd to a point where I can throw some nice curveballs, I surely will, but that said, there is no trophy for who can play the weirdest. I have endless weird records, but that doesn’t mean I should be playing them at a party. Granted, my bottom line for “weird” is probably a bit lower than your typical club DJ, but unless the evening is predicated on listening rather than dancing, I find it offensive having to endure a DJ who’s musically masturbating with their selections. Same thing goes for excessive knob-twiddling and EQ—at some point the music is lost, the crowd is not responding up to its potential, and the DJ is a performing seal... 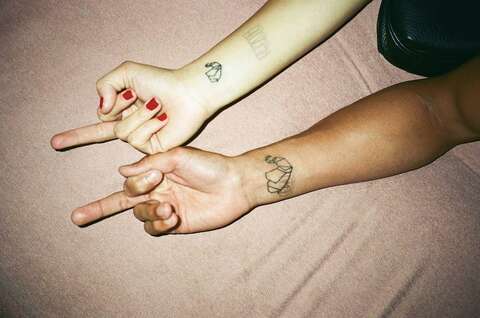 About your label ESP Institute, I wanted to ask if you would prefer to describe it as a sound, a spirit, or a vision, but you've said it’s more about a story.
Out of the three options you listed, I’d go with “vision” because it's malleable. There are no rules as to what the label will or won’t do, and even if the output falls in the margins, I’m confident in everything we’re doing. If I defined the "sound of ESP," it would start to die slowly. That’s why I'd rather see it as a narrative. If one listens to the catalog chronologically, they might hear a story and it might mean something to them, just as it does to me. The decisions I make regarding the label’s output are very heartfelt, these are all things I feel the world needs to hear and see. Sometimes music seems to take-off like a rocket while other times it takes a while to find its audience, but in the end, the ESP catalog should be as striking as a whole as the parts are individually, and that’s something I’d like to think can outlive the cyclical nature of hype.

You’ve been raised and based in LA but you lived in NYC for a while. You once said, "Now when I go to New York, I feel like all of my friends are gone” because they moved to LA, Berlin, or wherever. Still, you do love New York, right? What's left?
Pizza? Just kidding. I love New York and I always will. People always say, “its not like it used to be,” but honestly, nowhere is like it used to be. Even if the danger is gone, the clubs are now Starbucks, and all my friends are scattered around the globe, there is still an unmistakeable energy that is very specifically New York, and I adore that. To me, its one of the best cities in the world, it just depends if you want to live in a “city.”

In what way would you say being a California Boy had an influence on your relationship with music.
The standard things people always say really are true: sun, lazy days, smoking pot, skateboarding, tacos, etc. I gained a huge amount of influence growing up in a circle of skate punk friends, and later during art school in the '90s and throughout the numerous bands I played in, but overall, I’d think the massive wealth of natural beauty here is what I always come back to. I associate music with certain environments, and there is certainly no lack of context in California.

You’re just back from a tour in Europe, playing in London, Berlin, Paris etc. What was the most exciting thing that you experienced there?
I’m just very happy to be able to do what I am doing. Flying around to different cities of the world for this many years now, playing whatever I want, its not something I take for granted, its an honor. The most inspirational thing I found on this last tour was the realization that I’ve known some of these clubs, DJs, promoters, dancers and friends for a really long time now and it feels like visiting family every time I tour. Like my better half sometimes says, “a life not a living.”
You've said, "There’s a new music wave, that’s for sure.” Wave or waves?
Hmm, not sure in what context I said that. I will say that I’m constantly inspired by digging new music as much as digging old music. For anyone complaining that music is crap these days or that everything sounds the same, my response is, “You’re not listening hard enough!”