This Thursday, May 16th, Brooklyn label Let's Play House returns to Le Bain to celebrate the release of their latest record: "L'Amour Existe Encore" by French producer Laroze. We sat down with Let's Play House founders, Jacques Renault and Nik Mercer alongside Robin (Laroze) before we kiss kiss dance dance.

Welcome back, Jacques and Nik! Last summer, we celebrated the release of Jacques Renault’s second album, and you're back this week with a new EP, L’Amour Existe Encore by Laroze from Bordeaux, France. How did you get in touch with him?

JACQUES: We receive a lot of demos from friends and strangers, and that's how a number of our records come into being, but this time, I reached out to Laroze after hearing his releases on Dance Around 88 and D.KO. He sent a few tracks and it all came together naturally after that.
There is definitely a big French touch feel to “I Wanna Know". Do you think there are still a unique sound specific to New York, Paris, Berlin etc. as there used to be?
JACQUES: The filter disco sound has spread around the globe and back, and we've worked with producers from multiple countries that each have their own take on it. Laroze definitely has his own French touch that we're into, too. Even though it may feel more and more like a global scene with all the exchanging going around, there's definitely still the sound of New York, Paris, London, and Berlin—just like there always has been. It's refreshing to see and hear people are still inspired by their surroundings and not stuck on their phones. Jacques Renault and Laroze (photo by @thelotradio)
When you receive demo tracks by young producers, can you guess their location?
NIK: Gosh, I've never thought about this. I wonder how well I'd do on an LPH test where I have to guess the location of the producer based solely upon the sound of his or her music. Trickier than ever now; like Jacques pointed out, the scene is such a globalist one, and half the people we work with, it seems, are from one place but live in another. Kinda difficult to trace the influences and lineages when threads can't be unspooled so neatly. I didn't witness the French touch sound as it was incubating during its first wave, but I know much of it came from French people in France, and I don't think that's really the case with it anymore. Don't think that's the case with anything anymore.

The title of the EP is a direct reference to one of the most famous French songwriters and singers of the 70's and 80's, Michel Berger. Robin, was it your idea?
ROBIN: When I first sent my eight demo track to Jacques and Nik, I was pretty sure that they would not choose the track titled "L'Amour Existe Encore," which is now titled "Salut Michel". But I was very surprised by their answer; they really liked it. And, moreover, they were aware of Michel Berger, who is really famous in France, but not so much in the U.S. When we were looking for a release title, we kept the original name of the Michel Berger-sampled song and modified the last track's name. Nik and I exchanged some good banter about Michel Berger—our favorite albums of his, our favorite songs. I was really happy to see that this great 80s French singer was known on another continent.
How would you introduce Michel Berger to some NY friends?
NIK: This certainly makes me sound like a noob, but I'd probably introduce my friends to Berger by way of France Gall, since they were married and collaborated, and Françoise Hardy, since he wrote for her. Both those women are definitely known in the States. I love how he wrote melodies—they're all at once melodramatic, ornate and straightforward, pure. It's kind of incredible, really! I admire how he could make chord changes simultaneously feel unexpected and catchy, how he could breathe this tender broken-heartedness into every note while never allowing anything to feel overwrought or heavy or saccharine. What Laroze has done here is so cool because it presents Berger to an audience that maybe isn't familiar with him in a palatable, sweet way, and that's probably why I was so drawn to "Salut Michel" from jump. More people ought to be listening to his stuff, and if we've created just one new fan from this, I'm a happy man.

Nik, I believe you’re a big fan of French pop and movies of the 60s and 70s. If L’Amour Existe Encore was a French movie, what would it be?
NIK: I am indeed! I watch a lot of films and I've been trying to bone up on my knowledge of French cinema as of late. Over the past few years, I've been listening to a ton of old French pop and chanson, too. I suppose my deep-dive into that world coincided nicely with my introduction to Robin, actually; I had just gotten off a Berger bender when we met. Perhaps it's a little on the nose, but if the EP were a movie, it'd be La Boum, the seminal coming-of-age flick from the early 80s starring Sophie Marceau. It's happy and bright and welcoming, a bouncy, colorful dance party at a crammed discotheque with mirrored walls and lasers slicing through thick plumes of fog. But behind that transient joy is something deep and intense—real drama in the real world that finds us once we leave the dream and walk back into our life. There's an urgency to L'amour Existe Encore that makes this particularly felt, as though it's conscious of the fact that we're about to hit closing time, when the lights will be switched back on and the magic will fade. Doesn't "Salut Michel" sound like it was engineered specifically to be the perfect last-call track?

Robin, I see you record all your sets with vinyl—two Technics and an A&E Xone mixer. Sounds great, but “pourquoi faire compliqué quand on peut faire simple” (as we say in French)? Why do you make a point to play vinyl?
ROBIN: Playing vinyl is not a trend or something I do to get more respect. During my short career, I experimented with all the different ways to DJ, but I found something special with vinyl records. First of all, you take more time to build your track list, as you pay around ten dollars for each new one, and it improves the quality of your set. Also, vinyl records aren't only about music—they're also covers, artwork, touch, feel. Finally, I would say that there is something exciting about digging that you will not find with MP3s or streaming services—it's like finding a rare Pokémon that will give you more power during a fight.
What’s up in Bordeaux? Where can we find some romance this summer?
The whole city is, by definition, romantic—the architecture, the restaurants, the French "art of life". During the summer, you should go to the Bassin d'Arcachon to taste oysters and shrimp in front of la Dune du Pyla. Then, during the evening, you should eat at Tante Charlotte. Definitely romantic, and there are lots of cute workers. About the music scene... when spring arrives, there are a lot of open-air parties. A few collectives are doing great things that go with the good programming of the best club in town, the IBOAT. The House That Jacques Built A Night with Jacques Renault 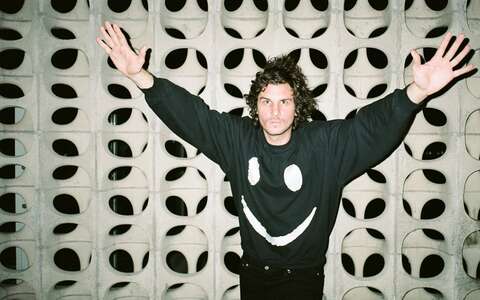