Born in New York, raised in Detroit, and now based in Atlanta, Kai Alce is the incarnation of 30 years of American techno and house culture. He will be joining Detroit rising star Kyle Hall Friday, April 1st in Le Bain's skyline.
LE BAIN: Let’s go back to your teenage years in Detroit. You said you used to hang out at the KMS/Transmat/Metroplex building and you worked at legendary downtown Detroit club, The Music Institute. That’s the core of the American techno mythology! Could you share one highlight of that experience?
KAI ALCE: One highlight was being at the Music Institute early one Friday afternoon and Derrick May came from the KMS studios. He had just finished his remix of Inner City's "Good Life" on a cassette and came to test it out on the system. After one or two plays, he said confidently, "This is going to be a HIT!" and it was!

Seth Troxler says he believes Detroit is ready for a renaissance. What would you say the city needs for a rebirth?
This sound needs to become popular again amongst black youth. It needs to be reclaimed with fresh new ears and energy.

You’re heading to Europe this weekend, playing Berghain in Berlin and Concrete in Paris. It’s not your first time at Berghain. Would you say the Belleville Three can be proud of what techno has become in Europe?
I think they are proud, although not pleased, that the most popular music has strayed so far away from the original idea, as you might have heard in Juan Atkins' latest rant. But at the same time, they will never lose the love they have for this sound they created. 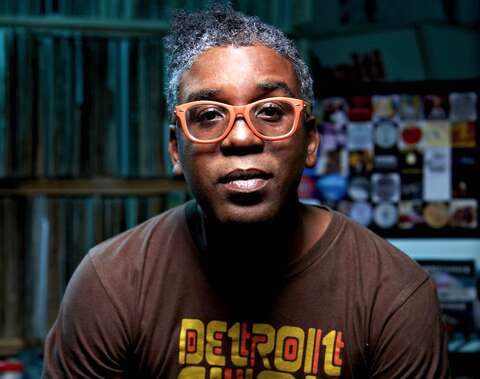 Afrofuturism has been a big influence in the techno birth. Does that term inspire you? Would you say we still can approach techno or dance music in general through the Afrofuturism lens?
Well Afrofuturism is what the creators of this sound were and are. It can only be created with Afrofuturism in mind when it was created by those of the African diaspora. It seems to be marginalized by the media, but the true Afrofuturism sound will always persevere.

What would you say is the greatest thing happening in Atlanta right now?
It actually is the music! The cats I fux wit—Kemit, Stefan Ringer, Byron The Aquarius, Salah Ananse, and other crews like CGI and Harsh Riddems—are all making their own way through their sound.