We sat down with NY legendary DJ and producer Junior Vasquez and his partner-in-crime Christina Visca, before Junior plays for Christina's party Birdcage at Le Bain, on Sunday, January 20th.
LE BAIN: The seminal NY club, the Paradise Garage, had a huge influence on both of you. You actually met there and when the Garage closed, you started working together and opened the Sound Factory in July 1988. Can both of you tell us about that summer in New York, the mood you were in, and the first nights at the Sound Factory?
JUNIOR VASQUEZ: It was so long ago and my memory isn’t that great but to my recollection, it was like there was a void when the Paradise Garage closed and we wanted to fill it with a party that was special, so that’s why we decided to do a members only party. We didn’t think anything big was gonna happen but boy was we wrong!
CHRISTINA VISCA: Those months after the Garage closed and before Sound Factory opened, we were quite busy. I had a party in a small venue in Chelsea call “The Space”. Although Junior and I had been friends, it is here where we set out on our whirlwind journey. I hired him to play and he immediately captivated me and the crowd and the rest is history. We had the exact same vision and passion and became partners! After outgrowing The Space, we opened up Bassline and we quickly outgrew that too! The months leading up to the opening of Sound Factory were both exciting and stressful... construction, waiting for permits etc. Since there was a huge buzz about the opening and people were chomping at the bit to go, we decided to do do a  short run of parties in a beautiful loft space on Crosby Street in Soho and named it the Sound Factory Annex while we waited for approval to open. 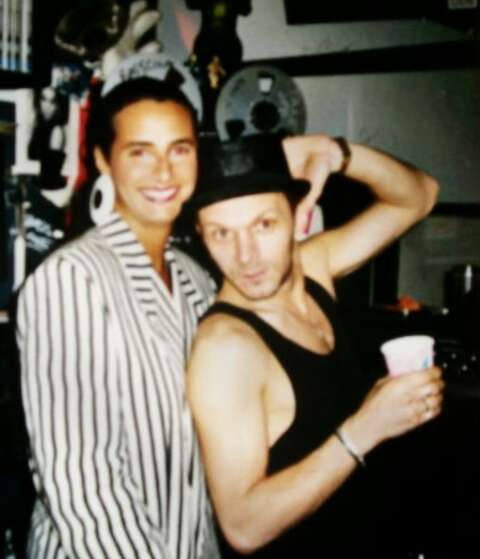 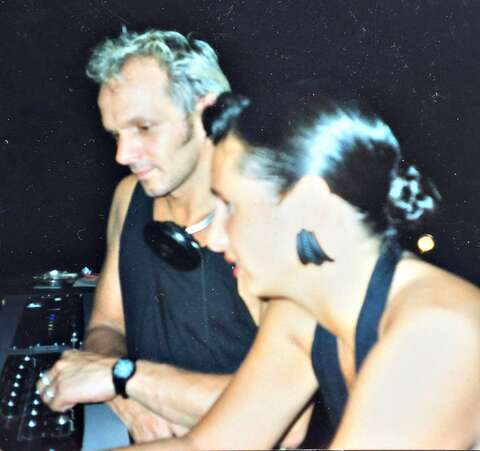 "People used to say they were going to church on Sunday morning but they were talking about going to Sound Factory!" –Junior Vasquez

Can both of you describe a perfect night at the Sound Factory at its peak?
J: That’s impossible to describe in words. You would have to be deep in my and Christina’s souls to possibly understand what it was like.
C: I agree with Junior...it’s sort of indescribable. Our mission was to create a magical atmosphere, musical journey and a welcoming all-inclusive community feeling that we had fallen within love with. So, I'd say a perfect night was when everyone was literally having the time of their lives. To create that for people was incredibly satisfying.

The Sound Factory put the DJ – you Junior – at the very center of the club experience. That was already the case with Larry Levan, but you brought it to the next level. Junior, can you tell us what was your vision when building up the night at the Sound Factory?
J: My vision was to continue what Christina and I had created  at Bassline. We went through a lot of trial and error and we wanted to create a night that brought people together that had the same love of Music that we had and where we all felt like we were “home”.
You said “It’s all about the drama created in the DJ booth” and you were a master at drama. Would you say it is something missing in today’s club culture? Did NY nightlife lose its drama?
J: Absolutely it’s missing. The Houses like the Xtravaganza’s and Aviances etc. aren't out in the scene as much now and they brought a lot of the drama and I would pull from that and use that and work it into my sets. Parties were spiritual for us back then and a lot of that feeling is missing today. People used to say they were going to church on Sunday morning but they were talking about going to Sound Factory!

Christina, do you think we lost the drama?
C: I do! I’m going to talk about drama in the booth! If you were on the dance floor of Sound Factory, you wanted to face the booth. There was a show going on up there! To watch Junior at work was amazing! Three turntables, the reel to reel, blacked out room and strobe light behind him…now that was drama!

The Sound Factory became one of the most influential and renowned nightclubs ever and you Junior became the most famous DJ of your time. Can both of you tell us what legacy and influence (of the Factory and of Junior) do you see in today’s club culture?
J: I can’t answer that because I don’t go out and I don’t go on social media, so as far as seeing my influence, I personally don’t know. But I do know that a lot of DJ's became DJ's or wanted to after hearing what I was doing and that even now my music is a staple in many a DJ's set lists. And I’m still the most famous DJ and Christina is still the most famous promoter. [Laughs]
C: I don’t see too much. The fact that Junior was the only DJ ever to touch the turntables for the time we were there together was pretty amazing. Also the fact we only opened two nights a week, we were membership, no alcohol, after-hours…and so much more! So we may have influenced many but it really hasn’t been done again since!

Junior, Kanye West just settled with you over his use of your record "Work This Pussy" on Teyana Taylor’s track WTP. What does that tell you about your influence on today’s pop music?
J: It tells me that even the new generation is taking lessons from pioneers like myself and that the music we created back then will cross over into all genres.
On Sunday, January 20th, you’re "back together again”. How does that feel? What’s your approach for that night?
J: It’s an amazing feeling. Christina is on the Pulse of NYC nightlife and being able to come back and start the new year with her makes me feel like we are all coming full circle. How I’m approaching it musically? Well, you’re just gonna have to come out and see!
C: I couldn’t be happier to be reunited with Junior! Back together again doing what we do best! It’s been a long time coming. This night will feel like our early days, very intimate. Our approach, like always, will be “don’t you want some more?” [Laughs]. Junior and I created a lot of magic together. Birdcage at Le Bain will be no exception!