We sat down with Chicago's house hero and master of edit, Jamie 3:26, before he plays The Rooftop on Friday, September 21st.
THE ROOFTOP: The "3:26" in your name is a reference to the address of Ron Hardy's legendary club, the Muzic Box. Was it just an homage to him?
JAMIE 3:26: It's a few things actually. While it does pay homage to Ron Hardy and the spirit of the party, it actually was a reference given to me by a friend. He was playing instrumentals with me at open mic hip hop parties, and the way I would play hip hop was I would rock the joints like house and disco with bass drops and EQ tweaking. He said that I beat hip hop like I'm at 326... and that stuck with me enough to use it as a handle.

Through the ’80s, you were part of a dance group and DJ crew called The Lust Corp.
It started off as a spin of another old school and wild group, The Lusters. Those guys were live and wild! One of my neighbors was a member and I looked up to him. I got a lot of schooling from him regarding the punk out, pre-house days. "Rock Lobster" rocked hard, as did so many other jams. If anyone was playing music, I was drawn to them. Our crew came after those guys. We were at various high schools and everyone was a DJ and dancer. We had girls who were members, The Ladies of Lust. The Lust Boys name came from our crew at Morgan Park. 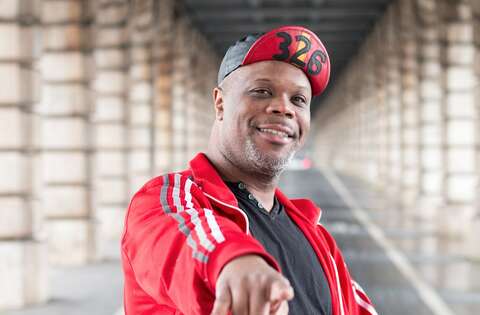 How did the parties start?
Promoters used to come to the high schools and get kids to pass out flyers. You'd get your name on the flyer and that was status. They also used to throw battle parties where dance crews and rival schools were pitted against each other. One promoter came up to the school asking who the groups there were and some cats said "Them Lust Boys." Next thing you know, it's on a flyer! We did some wild things. We had gotten "lust" tagged all over the school by some other members who didn't go to our school. When we came to school the next day, everyone was talking about us and we got in trouble, but no one knew who did it. To come to school and see "lust" in white spray paint everywhere gave us a bad boy rep, and we were all pretty boys, so the girls went mad! [Laughs.]

"The party scene helped me cope and escape."

What did you learn from it?
We started having house parties, then graduated to doing picnics with over 500 people and no permits. They were legendary and we did them for 3 years, with the biggest one having over 1,000 people. It went from a dance group and DJ crew to a promotional group. Hanging posters on the street poles and doing street promo. I learned promotion and marketing from those days.

You once said, “Some people like PlayStation, I like turntables and CDs. I do this shit because it saved my life."
Growing up in the '80s in Chicago, everyone tried their hand at spinning. If they didn't make it, they respected the game and let others handle that, and they either jumped into production or promotion...or they quit. So many of us either mixed or started making tracks, so the DJ equipment, drum machines, and keyboards were our gaming activity! I helped some DJs from my area with carrying crates and speakers. I just wanted to be with the older guys and the DJs I looked up to. Those cats were Disco Dean, Clever Clear, Disco Don, and John Mason. I studied them, and they were my first introduction to seeing DJs really mix. I know many guys who were young who got hooked on drugs or went to jail. I am not proud of some of the things I did, but I was lost and looking for a place for me, especially since some times at school were horrible due to me being bullied. The party scene helped me cope and escape.

"I see it like this: house and techno are black music."

You also said house music is a bit like blues music: young white kids discovered it and now “they look up to all these older house guys; it [became] a hip thing.”
I see it like this: house and techno are black music and have black cultural roots. That's just a fact. It started in Chicago and Detroit with black kids. And the blues connection? The young kids from across the pond in the '60s discovered all of these blues records—like Muddy Waters, Howlin' Wolf, and Willie Dixon—that young black kids from this side of the pond basically considered their parent's music. They flipped it, remade some of these same songs, created another genre from it...and got paid.
And that's happening today with dance music?
We are in the middle of another transformation and creation of dance music. The younger generation has technology at their fingertips. They are using YouTube, blogs, and web articles to research and discover. The thing is, history isn't that important to many, so it's easy to snatch something someone has thrown away and take it, make it your own, then get all of the accolades. That's the issue I have with this way of thinking and stealing.

Still, some Chicago and Detroit original artists get some respect.
Playing a few festivals are cool, but what about the years that these folks had been ripped off just like the blues cats? The only way to make an impact and take advantage is to not be old and bitter. Take advantage of the attention and technology, teach kids the roots, and set up shop. Brand yourself, get a label—not a digital one. Learn about the new forms of getting your music out there as well. Do something besides bitch and moan!

"I stretched a 4-minute song into a 10-minute workout...and it does mad damage!"

You've said that something very important about DJing in the club is the art of reading a room.
Reading a room is basically knowing when to drop a jam or switch it up. If I'm playing with someone and they have been in one direction the whole set, I'm going to take it musically another way. If the cat before is playing sexy, umbrella house and these folks wanna get beat, you're supposed to be able to notice that and flip it up during your set. Play what you believe in!

You’re well known for the quality and creativity of your edits, and you said you need to "totally flip the record." Can you explain?
I ain't runnin' the recipe down here. [Laughs.] I just find a groove or a loop in a way that I may hear it, and I run with it. I can keep it clean, intro/outro a jam, and keep it close to the original. I can also do it raw Chicago style and go loop crazy and make it beatdown material. There is no formula. It's about feeling. One of the best examples of how I get down editing is The Fatback Band's "Wicky Wacky." I stretched a 4-minute song into a 10-minute workout that doesn't drag on and it does mad damage!

The interview was originally published in July 2016. 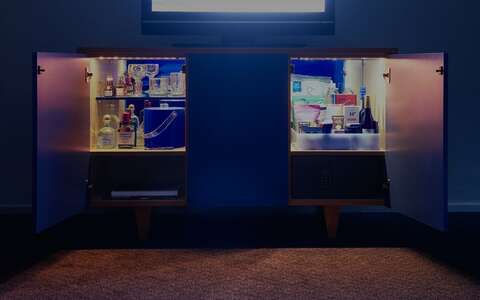 A Mini History of the Minibar 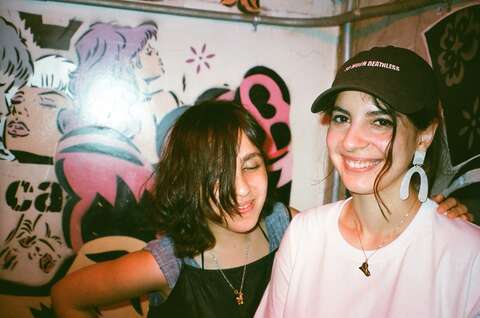 3afak and Thank You

Apply to the Paris Review Residency at The Standard, East Village