We sat down with New York pianist James Weidman before he plays our Sunset Jazz series at Top Of The Standard, Saturday, July 16th.
THE STANDARD: You were born in a musical family, learning jazz at 7 from your father, who was a saxophonist. He gave you this advice: “Keep the time, stay out of the way, and tell a story.” How did you translate this in your art?
JAMES WEIDMAN: Time in music is a combination of many elements. Time can mean groove, swing, tempo and rhythm. Music lacking ingredients such as these might not sound as good to the listener. I am fortunate that many of my early teachers stressed the importance of playing with good time and rhythm. Also, as a budding young musician playing my earliest gigs in Youngstown, Ohio, I would observe how dancers danced to our music. This served to inform me of how the music was reaching them. It was one of my earliest attempts at learning to connect with the listener. 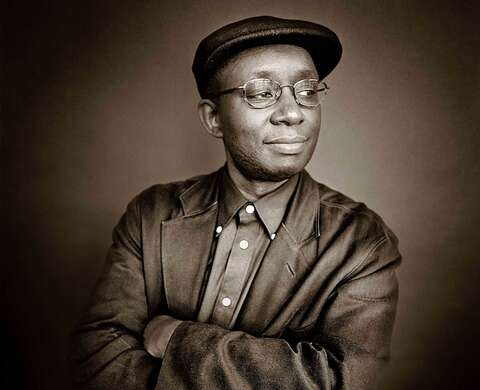 Making people dance, was your way to make the connection...
Communicating your ideas to your audience is important. Even if one is going for a more cerebral musical approach, the metaphor of a dancing and moving body inside the music can make what's being created more understandable to a layperson. Good rhythm can create a good happy feeling. I personally think music played well by live musicians is very life-enhancing compared to the offerings of today's mass consumptive music manipulated by computer software.

Did you translate your dad's advice in your life?
The art of playing spontaneously with other musicians is comparable to living one’s life and relating with others in this way. In a trio setting, there is the ultimate conversation: the pianist begins to play ("hello"), the drummer responds ("how are you?"), the bass chimes in ("I'm well, thank you"). It would indeed be a sour musical relationship, if the three players instead threw continuous aspersions toward each other.

"In a trio setting, there is the ultimate conversation."

You spent your childhood and teenage years with your family in Youngstown, which is right between Chicago and NYC. How did those two cities inspire you?
I remember that the Windy City had a lot of jazz clubs compared to Youngstown. While in Chicago, I encountered my first large record store with an extensive jazz catalogue that included the latest recordings of artists like Miles and Monk. At that time, I simply viewed myself as a jazz listener. A career as a professional jazz musician seemed a bit out of reach. The idea of living in New York, playing with artists credited on the various records that I listened to was a blip on my radar. Of course, that blip eventually became a reality.

What was the turning point?
It began during my college years at Youngstown State University when I began to play with the jazz ensemble under the tutelage of the late Tony Leonardi. A bunch of us students had gotten a scholarship to go to a Jamey Aebersold jazz camp. While there, I took classes with pianist James Williams and renowned pioneer jazz educator David Baker. It was James who encouraged me to shoot for the stars.

"Musicians should keep their ears, minds, and hearts open to organized sonic possibilities."

You said “The more genres you’re comfortable with, the deeper your understanding of music”...
While mainly being an improvising musician in this music known as jazz, I do actually embrace and acknowledge many other genres of music. Getting out of one’s lane and acknowledging the beauty of other forms of music is important. Musicians should keep their ears, minds, and hearts open to organized sonic possibilities. Growing up I heard and played a lot of different music, from gospel, funk, soul, and country to polka music...while having a piano performance degree centered on the art music of the European tradition.

Moving to New York must have been exciting.
I simply continued to expand my horizons along the same line. I soon became interested in the music of the African Diaspora from its origins to how it manifested itself in the western hemisphere. I studied things like calypso, Afro-Cuban and Brazilian forms, and hung out with various percussion masters. I took some lessons in Indian Raga Singing. When I was part of the M-base, a Jazz movement in the late 80’s and early 90’s, the idea of being open to sounds and cross-genres was very important.

You said, "Jazz remains a creative art-form, which extends beyond music.” What’s your favorite book about jazz?
In general, I prefer autobiographies of jazz musicians. I'd rather hear their voice unfiltered as much as possible from the lenses of someone else’s characterization. There's a book of interviews by the late drummer Arthur Taylor, Notes and Tones that is exceptional because it is the musicians talking among themselves.

And your favorite book about New York?
Harlem: the Vision of Morgan and Marvin Smith. It’s a book of photography that documents Harlem in the 30s, 40s, and 50s. A neighbor introduced me to the book some years ago. Although I did not have the pleasure of meeting him, Marvin Smith lived in my building until his death in 2003.

What is the latest thing you've come to understand about music?
Understanding music is an ongoing thing. It doesn’t matter whether one is playing tunes from the American Song Book, a classic jazz tune, or an original composition. I think that staying on an inquiring and attentive path creates opportunity for many musical epiphanies. Being a musician is indeed a journey, because in order to advance one’s craft one must continually enter as deeply as they can into the “mystical “ musical universe. My latest revelation? A deeper understanding of musical simplicity! Sunset Jazz in July: Whisper Not