We catch up with American house hero Honey Dijon before she plays Sunday, July 30th, for our Panorama NYC after party series.
LE BAIN: You've been travelling A LOT these last few months. Let's start with Paris, where you’ve been working with Kim Jones at Louis Vuitton for a long time. Could you tell us how Paris' fashion connects to your work?
HONEY DIJON: It's all creative work at the end of the day, isn't it? Kim infuses a lot of his work from different cultures, be it dance music, clubbing, streetwear, his recent collaboration with Supreme (which I created the soundtrack for from Sound Factory house classics), or films such as Paris Is Burning. I also infuse a lot of my DJ sets in pretty much the same way with things that influence, inspire, and excite me. We have a very symbiotic way of collaborating because we speak and understand the same language. 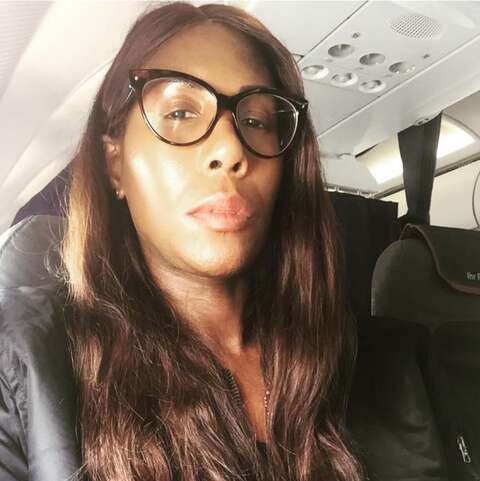 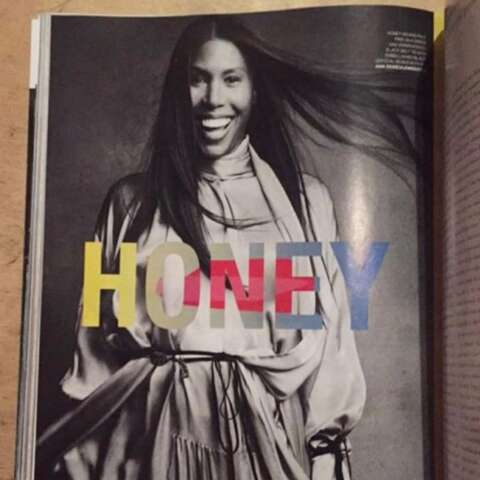 "Ibiza is great if you are NOT clubbing." – Honey Dijon

Let's go to Berlin. It seems you’re a big fan of the clubs Panorama Bar and Berghain. What’s the best Berlin to do thing after the club?
The best thing about clubbing in Berlin is the hedonism and freedom. Berlin is anti-gentrification which allows for a sense of rebellion and decadence. Berlin respects art and freedom of expression regardless of the medium. New York and London have been stripped of that due to the white, heteronormative values and aspirations of finance and the tech industries. The idea of luxury in which being rich, powerful, and famous is celebrated and awarded. Berlin could not give a fuck. Thats the beauty of the city. Maybe that's why disco works so well in Panorama Bar. "You Make Me Feel Mighty Real" by Sylvester or "I Feel Love" by Donna Summer always goes over like gangbusters. After the club, it's about sex if you didn't have it at the club.

Ibiza must be a nice break after Berlin. Is it? Or do you prefer elsewhere? Where did you experience the real Balearic?
I prefer Madrid. It's a very bohemian city that still has a laid back feel to it and is still quite urban at the same time. It has an amazing queer sensibility which I also love. Ibiza is great if you are not clubbing. It's been taken over as a playground of the rich as well. If you go there for spiritual reasons and rejuvenation, then Ibiza can be paradise.

"[In New York], real estate has pushed out the misfit."

Last time we chatted a couple of years ago, I remember you complaining about the New York club scene, but a lot of things seem to have changed and you’re now at the center of it.
The city has certainly improved, but the crowds have changed and it's very segregated. Real estate has pushed out the misfits that made the city desirable to create art and also a safe haven for sexual renegades. Now people consume club culture as a middle class form of entertainment. Gays don't mix with the straights, you hardly see people of color at venues unless it's a 718 Sessions or Body and Soul type of event. It's all very straight. I miss that mix. There are loads of things going on in Brooklyn, but it all feels sanitized.

What about the New York sound?
There is not even a New York sound anymore and we were the leaders of the free world in the '70s, '80s, and '90s when it came to clubbing and dance music. Mega clubs around the world were inspired by us. That's not the case now. All imported goods. No hometown heroes or resident DJs celebrated. I had to go to Europe to get some hometown love, as did Eli Escobar. Tech house, and EDM have ruined the city in my opinion. There is no sex in that music for me.

"I lived the music and the culture instead of getting it second hand from the Internet."

You’ll be playing at Panorama Festival and then at Le Bain in a more intimate setting with Derrick, Heather, and a couple of other Chicagoans. Could you share one early Chicago memory that really shaped the artist you are today?
All my early days of clubbing in Chicago have influenced me as an artist. Hearing Ron Hardy play as a kid, being friends with Frankie Knuckles and Derrick Carter...these are pioneers that have shaped dance culture and I got to witness that first hand in big clubs, small clubs, loft parties, black and white gay clubs, trans clubs, industrial and new wave parties, etc. I lived the music and the culture instead of getting it secondhand from the Internet. It's invaluable what I got to experience. As the Sade song says, "It's never as good as the first time!"