On Sunday, November 6th, join Giant Step and Gilles Peterson at Le Bain right after he runs the New York Marathon. Gilles will play a DJ set that's the same length as his run in an effort to raise money for The Steve Reid Foundation.
LE BAIN: You started The Steve Reid Foundation as a tribute to the legendary NYC jazz drummer Steve Reid, who died from cancer in 2010. What memories do you have of him?
GILLES PETERSON: Steve was a trooper. He first communicated with me when I was on Kiss FM in London by sending me recordings of his band in Europe knowing that I would dig them. He was good at finding the source. He was hip to the DJ scene and underground music scene, even though he was of a different generation than me. He found a way to Four Tet through music and was a huge inspiration to all of us with his independent spirit and work ethic. 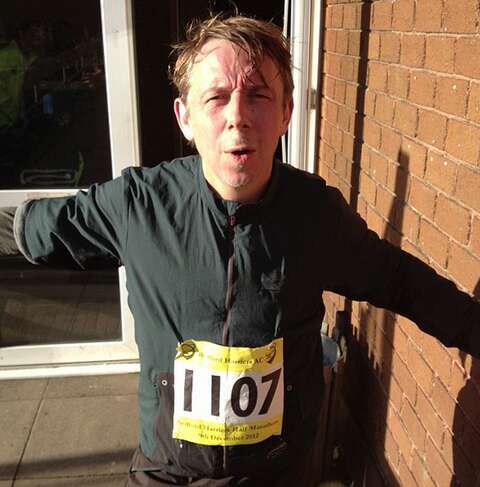 "Running gives me a space to meditate and stay out of trouble!"

The Steve Reid Foundation is about "musicians helping musicians" by raising money for those in need. That’s what we will do on Sunday, November 6th. Could you give some examples of how the money we raise will be used?
We have helped artists like Arthur Blythe, Bernie Worrell, and Victor Bailey, as well as our mentorship program with people like Moses Boyd and Sarathy Korwar.

New York is the capital of jazz, and yet it still seems very hard for jazz musicians to make a good living out of their music. The writer and runner Haruki Murakami said "Life is basically unfair. But even in a situation that's unfair, it's possible to seek out a kind of fairness.” Is that what you’re trying to do with the foundation?
We want to acknowledge and support artists whose contribution to jazz culture must not be forgotten, whilst encouraging a new generation through mentorships and education. And of course, remembering the free spirit and inspiration of Steve Reid.
Besides raising money, what is your main motivation for running a marathon?
Running is a massive energy source for me. It also gives me space to meditate and stay out of trouble!

Another Murakami quote: “What exactly do I think about when I’m running? I don’t have a clue.” What do you think about when you're running?
Nothing. That's the point!
And what do you listen to?
The sound of my surroundings. I've never worn headphones on a run. Music sounds so much better after.
Where do you think you will hit the wall during your run so we can encourage you?
Anywhere after 15 miles, possibly near Harlem where Steve used to live.

Get your tickets in advance here