Catching up with our resident, DJ Moma, as we celebrate the 2nd anniversary of his Wednesday party Dance Dance Dance, alongside Eli Escobar.

LE BAIN: After two years of Wednesday nights at Le Bain…what’s the greatest lesson you've learned?
DJ MOMA: I would say the greatest lesson I learned is to stop worrying about time management. As a DJ with a weekly residency, you often try to pace yourself during the night so you can keep the room going as late as possible, but it can be counterproductive when it comes to dance music. Just follow your instincts and give people everything you've got for as long as you can: once that fire is lit on the dance floor, the crowd sends you so much energy, which helps you come up with new mixes and transitions that you had never tried before...things always work out in the end!

"I think a vast majority of the NYC club scene is still trapped in the musically and racially segregated model."

It seems like you’ve found a good DJ balance with your partner-in-crime, Eli Escobar ...
Spinning with Eli is a lot of fun because we pretty much have the same musical taste...except he knows every genre in more depth than me! So I walk away every night learning new songs and edits. It also makes the weekly residency that much more inspiring because no two nights have been identical since we started. House music is the backbone of the night but we also play funk, soul, 90s dance hits, classic hip-hop, r&b, reggae, afro-house, and more, so we have this endless combination of vibes that make every Wednesday night pretty unique.

And in terms of charisma?
From a personality standpoint, he's a lot more reserved than me, but we share a similar dry sense of humor that makes for entertaining convo in the booth...never a dull moment at Dance Dance Dance [laughs]

You’re a very busy DJ, playing sometimes as many as 4 times in a week in NYC. What’s your general feeling about the NY scene?
I think a vast majority of the NYC club scene is still trapped in the musically and racially segregated model of the past 10 years, which is super uninspiring. However, I am seeing more and more pockets of culture, which bodes really well for the health of the city's nightlife. Interestingly, and ironically, a lot of the progressive culture seems to develop from the "day life"...which in turn loops back around to reenergize the nightlife. 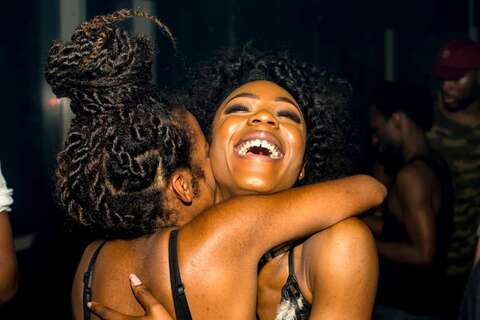 Dance Dance Dance, Wednesdays at Le Bain (photo by Elliott Ashby)
Any example?
Tiki Disco, a wicked day party, became a huge success, which lead to [Tiki's resident] Eli spreading his special blend of dance music through other events and venues in NYC and, ostensibly, influencing many younger DJs. I have been lucky enough to experience something similar with the success of my day party Everyday People. Our two paths are very similar in that sense.

You quit a stable job as an engineer to become a full time DJ and you said that you’ve been ‘ecstatic and relieved’ about making that move. What was the trigger?
It was a combination of two things. For one, after over 10 years of working a full-time job and also DJing nearly full-time, I felt little enjoyment checking into the office, but I still felt super energized behind the turntables. So from a holistic standpoint, it's like the choice was already made for me: I was totally drawn to my passion. From a practical standpoint, I wanted to dedicate more time to running Everyday People and also to creating music and stepping up my production game. I had to reclaim those corporate hours in order to apply them to projects I felt passionate about. All in all, I am so glad I did it. I am definitely not looking back. 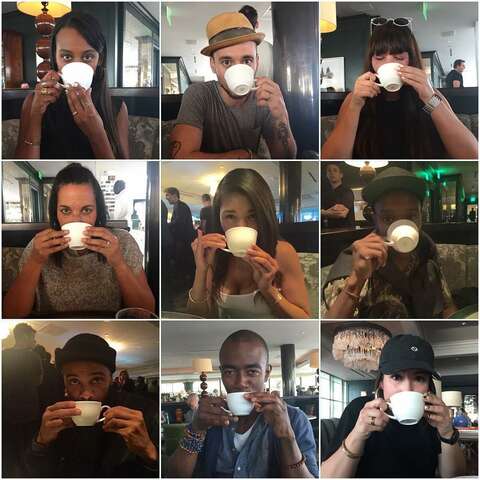 #teawithmoma
Tell us about #teawithmoma …
#Teawithmoma is an Instagram photo series documenting afternoon sessions where I catch up with friends, family, business partners, creatives, etc, mostly in NYC, but also in other cities when I travel for gigs: it's basically a fun way to memorialize a day of stimulating convo and endless laughter.

Why not #beerwithmoma or #coffeewithmoma?
I come from a Sudanese family so tea is a big thing in our culture. Growing up, that's what my parents always offered their guests. However, from a purely practical standpoint—and when you consider that #teawithmoma sessions last anywhere between 3-6 hours—I don't think I could do #coffeewithmoma or #beerwithmoma. The former will have me bouncing off the walls like a superhero; and the latter would just be a big mess after pint number 5 or 6!