We chat with NY multitalented artist Christine Renée, before she DJs at Le Bain, on Friday, November 16th.

LE BAIN: Tell us about your first rave in Austin, Texas, where you lived, and hearing the DJ Josh Wink for the first time. How does this first revelation still inspire you today?
CHRISTINE RENÉE: That WAS really an “Ah ha! Moment.” My plans to move from Austin to New York were in motion, and I had little lined-up for my life here. I just wanted to get to this town that is still a wellspring of inspiration, but I had no idea how I would take care of practical matters like rent. When I saw the exalted Josh-Wink-smile after his set, I focused my NY intentions on a career in music. I never became a drum and bass DJ, but that moment still resonates the message: to always do what brings you joy and the rest will follow.

As a child, you were surrounded by music.
Yes. I was born into a musical family in Austin, TX the “Live Music Capital of the World”. I’ve heard that we before birth, we choose our parents. If this is true, it makes sense that I selected Austin and my dad. His form of sound healing was to play the guitar, and he brought that into my life. When I was an infant, he took care of me while my mom worked nights. He’d invite friends over, they hung out and listened to tunes while I ran around in diapers. I think that was a major influence because I sought out that way of communing with music when I was a teenager and a young adult.

How did that happen?
In high school, I hung with mostly guys and we listened to new wave, synth wave, punk, emo etc. Each one of us wanted to know more than everyone else in our crew. We competed for knowledge and this gave me a fervor for digging. I went to the stores 5 days a week. I knew their inventory so when something came in, I’d explore that. When I got to New York, I aligned with DJs like Jason Spun, Danny Wang, Levon Vincent, Eric Duncan, Thomas Bullock, and Harvey. Those were late nights, listening to music and days working in record stores. When I fell in with these guys, I had only been DJing for two years, so there was really no way I could keep up with their knowledge and experience. Most of them started playing in the 80’s, but it didn’t matter, I learned through absorption. 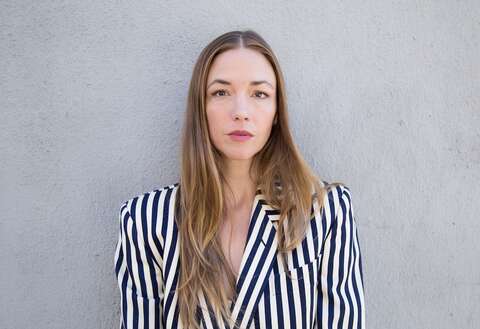 "In the city, it is impossible to see forever."

How would you describe the influence of being raised in Austin, Texas? Did you experience the nature around it?
Until I started going out to music venues as a teenager, my Austin experience could have been “Anywhere, USA”. I grew up in the suburbs. I was a latch-key kid, going home by myself after school since I was six. At the time, there was a lot of undeveloped, central Texas behind our houses: cedar trees and wildflowers. I had the freedom to get lost in “the woods” with friends. We’d bike around and meet up at certain places, go to the gas station and buy candy cigarettes, or dare each other to go down a monstrous hill. It was a beautiful time. I haven’t lived there for 17 years, but the landscapes of open Texas sky and fields are still in me. Something happens to one’s mindscape with that breadth. In the city, it is impossible to see forever. You forget to look up and notice the sky. The stars are absent as well, so you are constantly thinking about the immediate. It’s a quick vs slow perspective.

You moved to NYC in 2001, then in LA in 2006, then back to NY. I read you were resident DJ in Las Vegas during your LA times. Is there a beautiful, romantic way of seeing Las Vegas?
I’m sure there is, in a “genuine rhinestone” sort of way, but personally, I don’t relate to Vegas as being romantic. I love/hate it as I love/hate an old Ford Mustang. Vegas and classic muscle cars embody an American elegance, but it’s all based on toxic ideas and practices. It’s a trashy elegance. I do enjoy it’s eccentricity... to a point. So when offered a full-time residency at the Cosmopolitan Hotel, I couldn’t accept. I felt that if I stayed more than a few days my connection to Earth, to cycles of time, to morality would erode into the Strip. I took a few gigs and suggested they book Louisahhh, Mia Moretti and Posso to play the other nights. I have to admit, seeing your name on a marquee in Vegas is something special, though. My mom still talks about it.

Your radio show on The Lot Radio has been quite a sensation. Tell us about the scope of the music you play, how it has influenced your DJing.
My selection has ranged from being very abstract and linking disparate sounds to wanted to explore consistency in a dance music theme. Now it’s morphing again. I started there in April 2016 first with a weekly and then a bi-monthly show. It’s so much about the platform that François (Vaxelaire station director) provides. He always says “yes”. This liberty set-off a creative explosion in me. I explored themes musically and through costumes and decor. I’ve always been a performer, and this aspect manifested as the Disco Chicken in LA. When DJ Lloydski initially asked me to play on the radio he said, “It’s great for the Chicken,” as The Lot broadcasts as a live-streamed, video feed, essentially a form of “Slow-TV”.

Who is the Disco Chicken?
Disco Chicken is a creature rescued from a Guatemalan market. I found a CD there called, “El Pollo, El Lord.” It gave me so much happiness. I was dancing around in a hut by Lake Atitlan embodying a tech-house Pollo Lord, and one Christmas, my husband Alex gave me the mask. It’s a stretch to say I was a mascot for the Sarcastic Disco parties Harvey used to play in LA… but Chicken was there a few times. Mostly I just loved dancing in that mask. The Chicken is sleeping now, making way for other hatchlings.

What has been the raison d'être behind the show Radio4Relatives that you host with Zebrablood?
Radio4Relatives is a talk show that Nathan Corbin (DJ Zebrablood) and I host with Vietnam Vet and Sundance Chief Jake Signer, Sr. During a healing session in August 2016, I learned of a resistance led by the youth of Standing Rock, North Dakota. They rallied to protect their land and water from Energy Transfer Partners, a company who has since successfully laid an oil pipeline from Canada to Louisiana. The whole thing literally made me sick and incredibly sad. I called Zebrablood because he is part of a Native drummers’ community in New York. I asked him if he could bring some people to The Lot to broadcast a prayer for that community’s struggles. Chief Jake came for that and suggested we keep it going. It’s become his show now. Nathan and I just help out

How did the show evolve?
It’s evolving naturally with the mission to amplify the voices of traditional knowledge keepers. It promotes spiritual ecology, a field that sees Spirit in Nature. I spent a lot of time alone sitting by trees when I was little, pretending that I could talk to birds that visited. I still believe that trees are more than oxygen giving objects, and that water is actually the blood of our mother: Earth. The people most in-tune with this way of thinking are those who’ve maintained an old relationship with Nature despite everything that has worked to destroy these ways: colonialism, witch-hunts, unmitigated patriarchy and on and on. 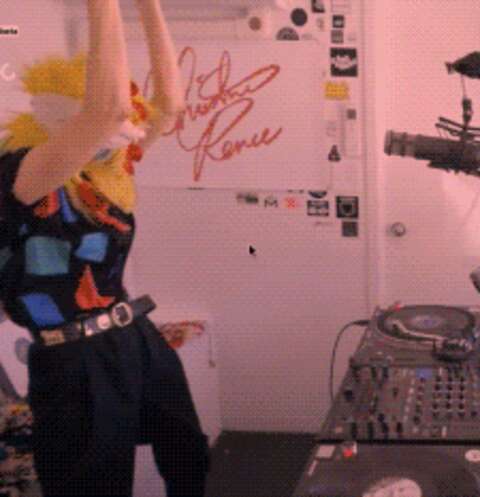 You’ve also been busy with your art installations, including “Tuning” in which you use human tuning forks designed for healing. Is is art, is it healing?
The Tuning series is both art and healing, a healing art! I collaborate with other artists to make site-inspired narratives that explore sound healing. My studies of Craniosacral Unwinding led to the work of John Beaulieu who designed the forks I use in the performances. Of course, being a music lover, this progression into pure sound makes sense. Now, I am working with artist Annie Rigney. She is a healer, a dance teacher and choreographer, and actor at Sleep No More. We just performed the 3rd installation of Tuning called Communion for the OPUS Festival, and we’re now planning an early 2019  New York performance.

Does it work?
As far as how effective a sound healing these installations provide, I can’t say. I am playing with musical relationships that I believe have certain effects on the body, but so many other things can interfere with one’s experience of the sound in the uncontrolled setting of a gallery or festival. The installations are a wave of sound immersion that is personalized and can’t be recreated. It’s hard to know how anyone will relate to it or where the sound will take them.

You will be playing with Francis Harris at Le Bain. Tell us about your connection with Francis.
I’m going to be a resident curator at a zero-waste space Francis is opening up, called Public Records. We met at a Pioneer Works performance, and right away I loved his clarity and passion against injustice. You don’t need to know his virtues to get into his music, but knowing inspires me to listen intently to what he creates. He possesses an integrity in his life that comes through in his music. I couldn’t be happier about sharing a musical space with him.