We travel in space and time with the Detroit techno titan before he returns to Le Bain on Saturday, December 9th.
LE BAIN: Recently there was an article in the New York Times with the title, “Detroit: The Most Exciting City in America?" Is it?
CARL CRAIG: I think it's really exciting for people who want to be able to live without working to live, you know what I’m saying? In New York, it seems you have to really work hard in order to live a good life inside of the city. Maybe in the suburbs or in another borough you can find ways of not having to hustle so hard… but for people who come from places that hustle real hard, like New York, Paris, San Francisco, Tokyo—when they come to Detroit, they find that they could get more bang for their buck, and everybody else sees the same thing and everybody is interested in doing real cool things. You can start businesses in Detroit, you can have a building for your business in Detroit, which is pretty impossible in places like London and Paris. That would be really exciting for me if I was not living here! 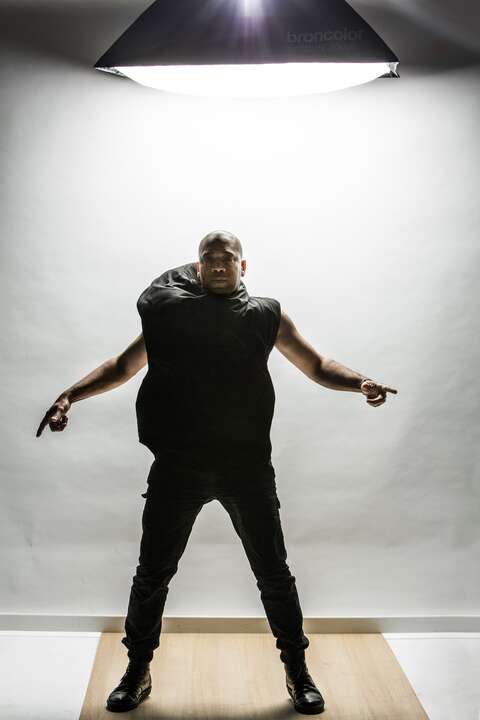 You're in Detroit right now, but you've been touring a lot these past months as a DJ by yourself, with your Versus Synthesizer Ensemble, and with other Detroit artists for your party #DetroitLove. What is one thing about Detroit that makes you feel back home?
You know, I think it has to do with the balance of greenery and city. Detroit has a pretty good balance, it’s not a concrete jungle, but you don’t feel like you’re in the middle of the forest either.

Last summer you performed live in some of the best festivals with your Versus Synthesizer Ensemble, which is you, four synthesizers, and the pianist Francesco Tristano. Which city had the best connection with the performance?
I would have to say my hometown, because we did the first show here for [Detroit festival] Movement. Having Kenny Dixon, Stacey Pullen, and Kevin Saunderson come to me after the show and being really excited about it… I have to say that connection was the best in relation with the performance, but our summer shows were all fantastic. Our show in Australia was fantastic, Dour was amazing. It’s kind of funny how you can rock these places with what we do: modified orchestra music.

"It was just unbelievable to sit there and actually hear my music being performed by an orchestra."

Let’s go back in 2008 when you performed the first Versus at La Cité de La Musique in Paris, which is a very established, official, classical venue. You played with a full orchestra. It must have been very special.
Yes, definitely. That was the first time I’ve ever done anything like that.
What kind of memories do you keep ten years after?
You know when Francesco Tristano and I were sitting back listening to the rehearsals… Rehearsals were done at Ircam [the avant-garde French institute for science about music and sound] inside the Centre Georges Pompidou. It was just unbelievable to sit there and actually hear my music being performed by an orchestra, let alone the actual performance at La Cité de la Musique. When we performed “Technology,” which was the last song before the encore, and you had all the people on their feet, that was incredible. I was really happy about that.

What you said earlier about living in Detroit makes me think of what people say about Berlin. As a city, would you say it's Berlin that has a special connection with Detroit?
In my opinion, I think it's London. London has this connection with Detroit that goes outside of electronic music, because London has always been a purveyor of all the music coming from here. You know, I did not know about the White Stripes until the guy of Creations Records came to Detroit looking for artists, because the White Stripes were big. Of course, Berlin has it, too, but it's mainly through techno music, but London clearly crosses the board and covers it: techno, jazz, house, soul, rock 'n' roll, rap...

Derrick May performing "Rhythm is Rhythm" with Carl Craig
London, 1989

London is actually the city where you traveled for the first time in Europe. It was in 1989, you were a very young musician, and you performed with Derrick May at the club Town & Country. After all these years, what memories do you have from that trip?
I think the video is from the second show we did there. We were opening for Inner City. I mean, it was a great time. It was my first time going to London! What I remember the most about that trip is that's where I met so many people that I had a big respect for: Mark Moore from S'Express, who became a very great friend of mine, Baby Ford... I met those guys the first day I arrived in London. I met A Guy Called Gerald, Was (Not Was) was staying at my hotel, the B52's were staying there, and I was huge fan of them. Was (Not Was) because of "Wheel Me Out" and "Out Come The Freaks" and B52's because of "Party Out of Bounds" and "Mesopotamia." That was a huge, huge thing for me, and that pretty much cemented my connection with London.