“There is always drunk eating. Do you want to look at my Seamless account?” –Sandy Liang, Fashion Designer

They say that nothing good happens after 2AM, but we would beg to differ. After a long night of revelry and one too many adult libations, there is probably nothing better than a killer snack. Soak up the booze with some delicious pizza or preemptively cure tomorrow’s hangover with a pastrami reuben. Here, some of our favorite designers, eaters, drinkers, and late-night party people share their expert tips on the best spots to hit after the clock strikes midnight in LA and NY. Whether you go for the greasy grub when you’ve got the drunk munchies or you are one of those healthy late-night eaters (we commend you for that), there’s something here for everyone. 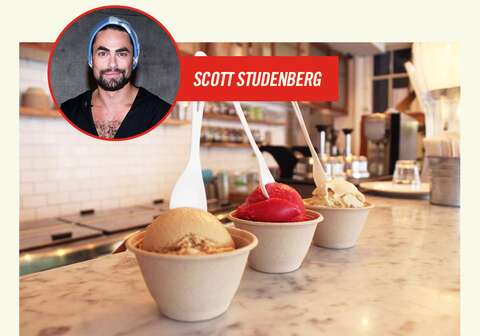 “Van Leeuwen’s vegan ice cream. Their West Village location is open until 12AM.” “Artichoke Pizza's artichoke slice specifically and certainly is made with an addictive mix of ingredients.” “On Friday and Saturday nights, Lil’ Frankie’s in the East Village is open—and delivers—until 4AM. Their pizza and pasta dishes are delicious any time (our faves are the salame piccante pizza and rigatoni ragu), but it never tastes as good as it does to cap off an epic NYC night out. “Walter Foods in Williamsburg is a classic neighborhood spot that serves food late-night on the weekend. We are obsessed with the caesar salad, which is the best around, and fried chicken with spicy honey. There’s also yummy bar snacks and a great wine list featuring our rosé, Summer Water.” 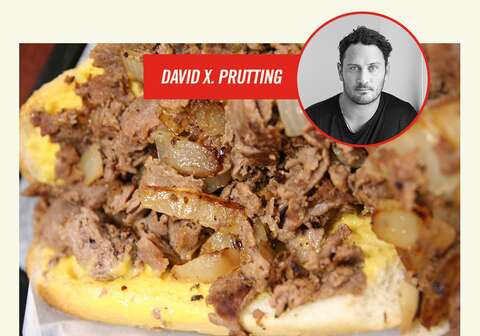 “I go to Chelsea Papaya for a late-night Philly cheesesteak. It’s a great take-out spot, and it’s cheap and quick. People usually get the hot dogs, but don't sleep on the Philly, especially after a few brews.” “For NYC, I'd have to say JG Melon is my go-to spot. They have one of the best burgers in the city, an original atmosphere, and their food comes fast, which is key when you want to eat and go home as fast as possible.” “Waverly Restaurant has good food, waiters who wear tuxedos even though it's a shithole, and is filled with WEIRDOS after 2AM. I saw an old woman eating with a doll, like a marionette. It was propped up in the seat across from her with a plate of food in front of it. Stuff like that cannot be unseen.” “Julius' is the best gay bar in New York, a place where lots of tough men hang out. I've seen two Con Ed workers fight each other after watching a Rangers hockey game and then start tongue-kissing. They have amazing sliders and great fries, but they recently took the jalapeño poppers off the menu, which made me sad.” 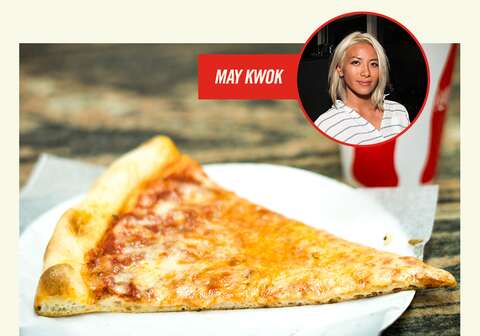 “I don’t even DJ late-night anymore, but Ray’s Pizza is always a good bet.” “Relax your mouth and stretch out your tongue at Corner Bistro. You've been drinking since lunch, but now it's dinner, and you need to be able to pronounce two words: “Bistro Burger.” Fries? Nod yes. Corner Bistro is old and smelly and open 'til 4AM. Better fries exist. Better places to be at 3AM do not.” "We like Blue Ribbon Brasserie because it's the only place we know where you can have an unforgettable meal then totally forget about it. Blue Ribbon's open so late that a partial black out you got started at a bar down the street could easily steal some memories of that late-late-night lobster. Check your bank statement in the morning, and fantasize about what you might have eaten. We assure you, it was worth it." “The hours of Hector's Cafe and Diner are mysterious. It’s supposedly open 24 hours, but the kitchen might be closed at 2AM. When last call is called, however, and you exit the final bar of the night, you'll see their lights on. And they will be calling to you. We order breakfast, because when the sun's rising, and you're pre-hungover at a diner by the Hudson, that's really the only move to make.” 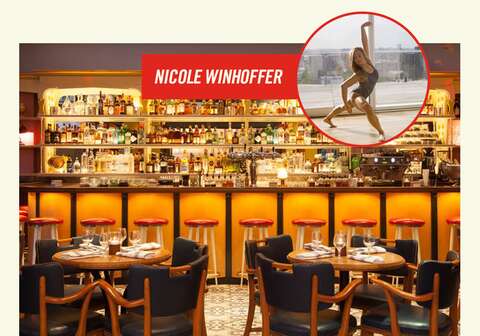 “I like The Standard, East Village's Café Standard for chips and guac or the kale salad with avocado and pumpkin seeds. It’s open late, has a great crowd and outdoor patio. I'm always there since I live in the hood, and I teach and do the majority of my shoots at The Standard.” “I also like Blue Ribbon Sushi. It's open until 4AM in NYC. I get the blue crab California roll, seaweed salad, and salmon sashimi.” “Kiki's. Kiki is a friend of mine and they have the best Greek food at affordable prices. My favorites are the bean spread, roasted chicken with lemon potatoes, and the homemade cheesecake.” “Joe’s Pizza on Carmine and Bleeker. The line gets long after 2AM, but there's no better slice or crowd to eat it with in NYC.” 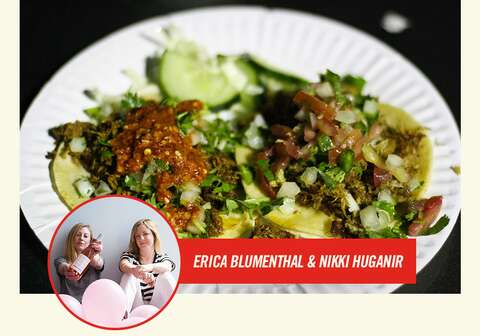 “When we visit LA, the Taco Zone in the Vons parking lot on Alvarado is pure heaven after a night out. Open until 3AM, it’s where we are sure to get in our West Coast taco fix and soak up some of the night's margaritas.” “My late-night eat spot is Canter’s on Fairfax in LA. I grew up in NJ in diner central and I have fond memories of sitting in a diner booth at 1AM with friends munching on grilled cheese sandwiches, french fries, and sipping milkshakes. The vibe at Canter’s is simultaneously nostalgic and timeless, and while I skip the fries and milkshakes now that I'm no longer a teenager and opt instead for the vegetarian omelets and OJ, it's the ideal way to end a late night out in LA.”

“You simply can't beat Canter's Deli, this classic, 24-hour Jewish deli in the heart of Fairfax. Want to preemptively cure tomorrow's hangover? Their pastrami reuben and matzo ball soup are the medicine you need.” 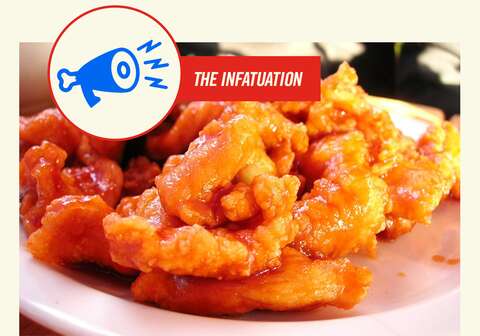 “Open till 3AM on the weekends, Mao's Kitchen is your best bet after things get rowdy on the Westside. The menu is country-style Chinese food, which in our experience, means it's delicious. Their mapo tofu with beef is our go-to.” “LA has no shortage of greasy spoon diners, but for our money, you can't beat Fred 62 in Los Feliz. The East Side staple has solid food, great milkshakes, and some of the best people-watching in town.” “I love Cecconi's and their tuna tartare. For Mexican, I love Casa Vega.” "BCD Tofu is a 24-hour Korean spot and it just gets slammed late at night. I love the spicy bowls of tofu and lots of bonchon. They’re just so tasty. Also, Taco Zone in Echo Park is another spot I love. I usually get mulitas." "For my favorite late-night snacks, (which tend to be rare being the mama to a toddler), I'd have to say Night + Market Song in Silverlake. Chef Kris Yenbamroong serves up some of the best Thai food in the city. His dishes are crave-worthy with the right amount of heat to absorb the libations I may have indulged in during my night out. Keep in mind the restaurant closes at 11PM, but that's late for LA! (Sad but true)." "The bolognese at Madeo. It’s almost as good as Italy, with the added potential of an Al Pacino sighting. Also, I love the coconut rice pudding at Erewon in Venice. It’s gluten-free and dairy-free, but crazy creamy and rich." Meet Your Manta Mates at The Standard, Maldives 15 Absolute Musts In The Maldives