The Standard: When we interviewed Oh Land a few weeks back, she told us you guys are writing the saddest Christmas song ever written. True story?

Kasper Bjørke: It is, indeed! Nanna and I are best friends, and on New Year's Eve, when we were super drunk, we decided that the world is ready for a Christmas song that tells it like it is. A lot of people are miserable during Christmas — broke, heartbroken, wanting to get away from their families. So we ain't doing the usual cheesy, happy-go-lucky crap in our Christmas song. The trick is to cover it up so everybody thinks they're listening to any other cute Christmas song. The sadness has to be in there, like, hidden in a second layer. It will sneak up on you like Santa. There still might be bells involved.

Reviewing your last video, for "Sunrise," Vice said, "We can‘t decide if the imagery and the song is happy or very, very melancholic, but it's definitely touching" ... which sounds like a pretty good definition for your music in general. Is that the kind of mood you're aiming for?

Yeah, I agree with that. I always seem to get a hint of melancholy into my music, even if I'm trying not to. I guess I am a bit moody. It helps the creative process, I think.

That video takes place in a 90's house party. Are you nostalgic for those days?

I was still a teenager in the 90's, so the music and fashion from that time definitely has a special meaning to me. I grew up wearing ugly clothes. All ot of my favorite movies are from the 90's, now that I think of it. They were so innocent somehow. As was I.

A happy song is usually also a bit silly and sticks to your brain so it becomes annoying, right? Like, Blur´s Parklife—that's pretty happy. Or Prince´s Rasperry Beret, or Björk's Violently Happy, or Madonna's Holiday. The list goes on and on. It's impossible to pick just one.

... And your favorite melancholic song?

Probably Plainsong by The Cure. Everything about this song makes me want to weep. It's so, so sad. Robert sounds like he's actually crying. Disintegration remains one of the most depressing and most perfect and beautiful albums of all time.

You just released 'Remix Crusades' (2007-2013), which gathers remixes of your songs by other artists (Slow Hands, Nicolas Jaar, Maxxi Soundsystem) and remixes you did for others artists (Moby, Trentemoller, Gus Gus). You also released a new album not so long ago. It feels like a new chapter is starting now, no? What comes next?

Yeah, I thought the remix compilation was a nice way of looking back at my career and also drawing a line in the sand somehow. I've been making music for the dancefloor and radio for more than a decade and now have the urge to try something completely different. So I've started a new project with an Italian string composer, and good friend of mine, Davide Rossi. He's amazing. He's done strings for The Verve, Goldfrapp, Coldplay, Alicia Keys — everybody. It'll be like score music for a film—not for the club at all. It's more for museums and exhibitions. That's all I can say at the moment. I hope it'll be ready in 2014.

You started your career as the duo Filur with Tomas Barfod of WhoMadeWho. Do you sometimes miss the creative energy of being part of a duo?

No, not really, actually [laughs].

What's your greatest memory of working with him at that time?

All the touring was so fun because we were very young and just starting to make music. Everything was new and happening so fast. After one single, we were on the way to tour Japan. Playing at Roskilde Festival with the Filur live band was epic. Our very first year, we played in front of 8,000 people. Second time, 15,000 people. That was a huge moment for me.

A page of the 'Wrong Book' by Asger Carlsen

Which artist has impressed or inspired you recently?

The Danish artist Asger Carlsen recently did an exhibition called Hester. He lives in New York. It's so out there, and I can't stop looking at it. He's definitely breaking some barriers.

What's the coolest thing to do in Copenhagen right now?

We have some really amazing restaurants, so I'd just recommend you go eat! You should definitely visit Restaurant Kadeau. It's fantastic. They run one on the Island of Bornholm in the summer, situated right on the most beautiful beach. 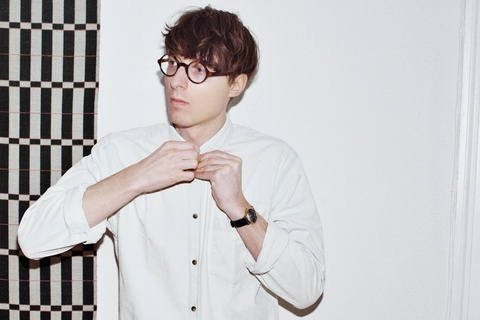 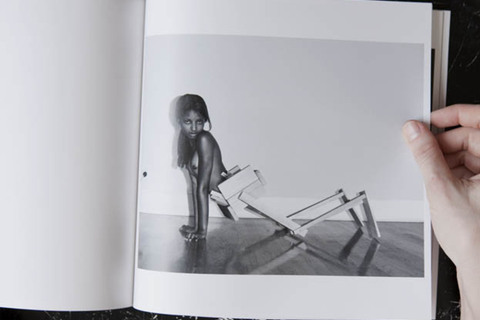 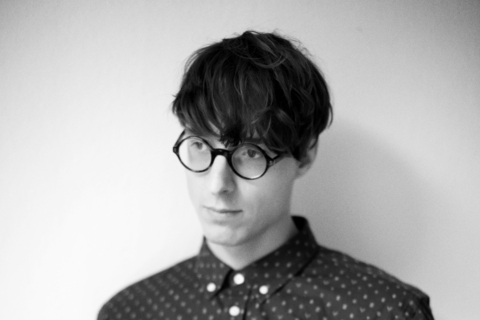