Imagine having a client list compiled of the most popular individuals in modern culture and that they carry your art with them every single day for the rest of their lives. That is New York-based tattoo artist Jonathan “JonBoy” Valena’s real life.

He didn’t always know tattooing would be his calling, though. After having a wild streak in his adolescent years and nearly overdosing at 17, JonBoy joined the seminary and became a youth pastor. Shortly into that stint he found tattooing, or tattooing found him, and the rest is history.

He started to see the most attention following his tattoo of a tiny white dot on Kendall Jenner, but it’s clear that his signature fine lines and warm demeanor have afforded him true staying power. In the past few years, he’s tattooed the Hadid siblings, Hailey Baldwin, Kendall Jenner, Justin Bieber, Halsey, Zayn Malik, Post Malone, Kylie Jenner, and Travis Scott, and some of them have even tattooed him.

We sat down with the Gucci-obsessed artist at The Standard, High Line during New York Fashion Week to talk shop. THE STANDARD: What was your first tattoo?
JONBOY: I got this tribal arm band in the '90s. That’s when tribal arm bands were a thing. I remember walking into three different places. At the time I was going to seminary, bible college, to be a youth pastor and a lot of my peers were like, “I don’t know if that’s a good move for you.” And I was like “Ah, I prayed about it. It’s cool. I want to get a tribal armband like Pamela Anderson, but a crown of thorns for Jesus. It’s ok.”

That’s the perfect justification.
I started getting tattoos at 19. You know what they say, once you get one...

The only reason I don’t have more is the commitment.
For sure! Ninety percent of my clientele are female. I grew up with my mom and sisters, so I understand what it was like for them to always be conscious of their looks.

Has your clientele always skewed female?
No, this is in the last couple years for me that my female clientele has grown. I was tattooing a lot more dudes. Stepping into a tattoo parlor can be a bit intimidating. You don’t know what you’ll encounter. I remember my first tattoo was from an old biker guy, and I was like, “This is what I want to do for Jesus. [Laughs.] Whatever, can I listen to my CD?” I brought POD. All I wanted was to listen to hardcore Christian metal, and they were like, “Nah, dude.” They were scary biker dudes.

With your celeb clientele, do they normally bring an idea or do they want you to pick something?
It’s more theirs. They usually say, “This is my idea.” I don’t usually have anything prepped or drawn before the appointment. I love the surprise and excitement of being like, “OK, I’m gonna sit down and we’re gonna work together,” and I get to draw things to make sure that it’s perfect for you and that you love it. I love doing that just because it’s such an intimate thing. I love the process of working on the design with them. Did Travis Scott and Kylie Jenner know they wanted butterflies?
They were like, “We don’t know what to get.” Then they were like, “Let’s do half of a butterfly, so that when you put it together it’s a whole butterfly.” I remember after I tattooed Kylie for the first time, I gained over 5,000 followers in a couple days. That’s Kylie. She’s awesome and everyone loves her. They’re interested in her life.

You also have people tattoo you. Who was the most natural?
Man. Trouble Andrew, aka Gucci Ghost. He’s one of my students. I’m teaching him how to tattoo as well because he’d thrown a tattoo on me. I went to [the club] TrapHouse the day after Prodigy passed away. I had my machine there and I was going to tattoo him, and I was like, “Hey, you should tattoo me.” He was just a natural! He did his first tattoo. I’m excited to see. I bought him his own tattoo machine, his own kit. I believe in him as a human.

But there are people that haven’t been [so good]. Hailey [Baldwin]’s is all blown out. She did pretty well, but she went a little too deep. Kylie’s little tattoo, she didn’t go deep enough. Just the other day, I had Tiffany from this K-Pop band tattoo me. That was cool. I had Sofia Ritchie do one. It’s cool being able to be like, “Hey, will you tattoo me?” It’s my way of getting their autograph. Especially if we have a few cocktails, I’m like, “Let’s go!”

Do celebs come to you or do you make house calls?
Most of the time they’ll come to me. I’m very protective over my celebrity clientele. I want to make sure that they’re safe and we have a space for them. There are times I’ll make a house call, like if I'm tattooing a Kardashian.

Before G-Eazy and Halsey came in, the power went out, so half of the shop had no music, no power, and I’m like, “Fuck, man.” They walked in, and there was no music, and everyone was just staring at them while they were getting tattooed. They were pretty chill about it. It’s neat when you meet people like that who are very chill about it. They know that there’s eyes on them, and they’ll make a point to say 'hi' to their fans and take pictures. My favorite is Justin Bieber. He makes a point to say 'hi' to people and makes a point to say 'bye' and give them a hug. What are the most extreme circumstances you’ve ever tattooed someone under?
I was partying with Post Malone in his studio as he was recording. And we were partying. And I was partying a little too hard. I ended up doing the word “whatever” on his hand, but I was so twisted that as I finished crossing the A and I was wiping it down, I looked and I was like holy shit! I just crossed the V in “WHATEVER”. I was like, “Alright man, I’m out.” The next day I was like, “Yo. This dude is gonna fucking kick my ass.” He calls and is like, “Yo, you pulling up?” And I’m like, “Yea, man!” I get there and he’s like, “Yo, I just really love how you did that.” [Laughs.] “Your artistic freedom.”

What’s the strangest tattoo you ever done?
You know Kerwin Frost?

The pencil is yours!?
I did that! That’s the strangest. Young 19-year old Kerwin comes to me with Asspizza. You know Asspizza? I didn’t really know him. I did his first tattoo when he wasn’t even 18. I found out later that dude was only 16 and he had a fake ID.

But Kerwin was like, “Yo, I want this pencil on my face,” and I was like, “For real, dude? Are you sure? I don’t know if I can do that. It’s your first tattoo.” He was about to walk away. He was like, “I’ll just get it from someone else.” I was like, “Man, I know my lines are gonna be perfect. I’m just gonna fucking do it. He's an adult. I’ll be the guy to do it."

Do you ever get intimidated tattooing anyone?
I remember when I did Justin Bieber’s face. I was like, “Fuck, that’s his fucking face dude. This is a handsome young man right here! I don’t wanna fuck this up.” That was a little nerve-racking. Then I got death threats like, “What did you do to my husband’s beautiful face!?” I was like, “I made him like more badass!”

What is your favorite tattoo that you have?
That I have? That’s like asking…

To choose a favorite child.
I don’t know! I really don’t know. It’s always my last tattoo that’s my favorite. My Gucci monogram, because it’s the last one.

So, they’re like a flavor of the month rather than a long-standing favorite?
[Laughs.] Tattoos! Not relationships. Oh, man. Not about that life. [Laughs.] 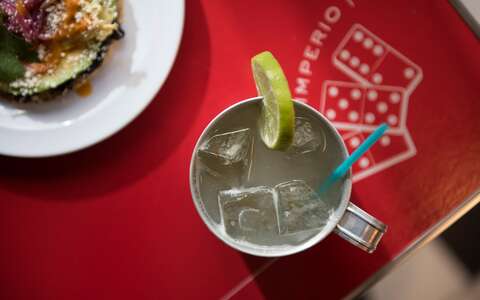 PHOTOS: Our Favorite Snaps from NYFW18 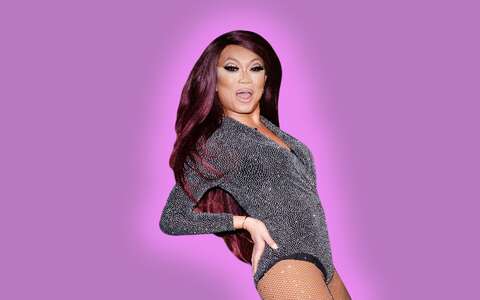