Before she DJ'd our Blkmarket Membership party at Le Bain, we asked the Euro-Techno It Girl about what’s up in Paris (and Cologne)

LE BAIN: You said you "still like things to be dark and edgy.” What dark and edgy things come to mind right now?
JENNIFER CARDINI: I like it when things are a bit disquieting, almost itchy you could say. Things like the music of Manfredas, who releases on Ivan Smagghe’s label, or the psychedelic weirdness of Red Axes, or even the work of my favorite photographer Francesca Woodman. I think that sometimes other peoples fears or neuroses can hold up a mirror to your own and help you learn about yourself and actually feel safe. Hopefully that makes sense.

When you started DJing in the early 90’s in the South of France, your influences were a mix of the House of New York and Chicago with the more techno sounds of Detroit. At that time, what kind of ideals were those cities bringing to you?
I obviously wasn’t raised in the US, so I got into the roots of house and techno only after discovering the electronic music that was around me at the time. All of the music that came from those two scenes felt fresh and exciting, and still does today. I think Joe Smooth’s "Promised Land" probably sums up the feeling from back then - a mixture of unity and innocence.

You're now based between Paris and Cologne. Can you explain how those 2 cities make the perfect balance for you today?
Yeah, the mix of the two is perfect and I couldn’t imagine having to choose just one of them. Paris is thrilling and very intense, whereas Cologne provides a sweet life of space and quiet parks. It’s the perfect place to recover from weekends traveling, and is a great base to work on the label or to make music in the studio. 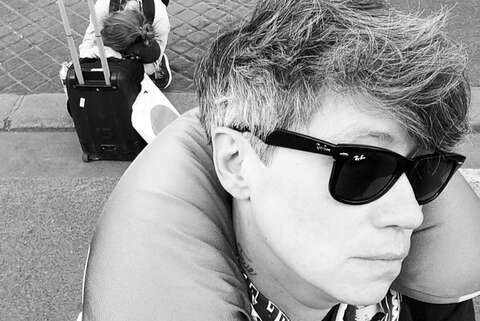 Besides Kompakt, what makes Cologne a great place to live?
Cologne has always had a very rich art scene, as well as a strong link to electronic music which started as early as the 50's with Stockhausen, and then later with the Kosmische (Krautrock) movement. Probably the most iconic Kosmische band, Can, were formed in Cologne! It’s also pretty much the middle of Europe, which means it’s always around 3 hours train journey, or 1 hour flight, to all of the big European capitals, which makes it great for travel every weekend. The people in Cologne are all very friendly, and they all drink the local beer, Kolsch. If anyone from the Cologne tourist board is reading this, can they confirm that my check is in the mail? (laughs)

Tell us about Correspondant, the label you created in 2011. How do you explain its success?
I started Correspondant after I moved to Cologne. I had been wanting to start a label for a long time, but I was always too busy for one reason or another. I think the reason why people like the label is that it covers a large spectrum of music that stretches from ambient sounds to almost Indie music, with techno and house sounds falling somewhere in the middle. I regard not being attached to any one genre as being mine and the labels biggest asset.

I believe one of the most interesting clubs in the late 90’s, early 00’s was Le Pulp in Paris. Something unique happened. Do you have an anecdote about the Pulp which could be a good summary of its spirit?
There are a lot of anecdotes about Le Pulp! From people like Bjork, Catherine Deneuve or Chloé Sevigny showing up in our dirty little lesbian club, to the occasional girl fights, which could be quite intense! One girl actually bit our door-woman during the first live performance of Peaches in Paris (she sent people wild)! Pulp was a place of freedom where you could feel safe about yourself, and where all social classes, races and sexuality would blend in and get crazy. That definition of a club still remains the ideal to me, even today.

You’re playing this Sunday with the Blkmarket crew. How is the NYC scene perceived from your point of view?
The NYC club scene is very exciting at the moment. There are so many good parties and a lot of talent coming out of New York. I especially love Mike Servito, and I play a lot of music from Throne of Blood. Blkmarket always has a stellar program, and Taimur and Farad are great DJS. It’s always a pleasure to come back and play with them. In the past years I’ve made a lot of friends in New York, so I’m really looking forward to seeing all of them on Sunday!