Alma chef Ari Taymor made some talented friends on his rise to national prominence, and he’s putting them to good use starting November 1st at The Standard, Hollywood.

For two weeks at a time, Alma will feature a special doughnut from a different guest chef, alongside a rotating house doughnut. Each beautiful creation costs a mere $8. Taymor grew up in Palo Alto and fondly remembers family visits to Happy Donuts to grab a rare treat. Later, he enjoyed raised rings at school parties or late-night with friends. He said, “We’re trying to bring back that childlike feeling.”

Alma at the Standard typically serves off-menu stuffed and glazed doughnuts in flavors like s’mores, popcorn, and Vietnamese coffee, with the flavors changing each week. For Doughnuts with Friends, Taymor tapped chefs who have “an interesting take, a different flavor profile, or just a different way of [seeing things],” and they'll turn loose on a blank, deep-fried canvas. What are keys to doughnut success? “It’s just about balance,” Taymor said. “It can’t be too sweet, but also can’t be too savory. There has to be enough filling that you get it in every bite, but not too much that it’s spilling or weighs down the doughnut. The glaze has to stick. It can’t fall off, and the flavors have to be very pronounced to get through all the fried dough.”

First up, Baroo’s fermentation-minded chef, Kwang Uh, created a doughnut with pumpkin and coconut glaze, banana filling, and fried mochi topping. Then, Jon & Vinny play on key lime pie. Madcapra’s partners combine coffee and cardamom. The remaining doughnuts are to be determined, but rest assured, they will be equally delicious. See the full line-up below. 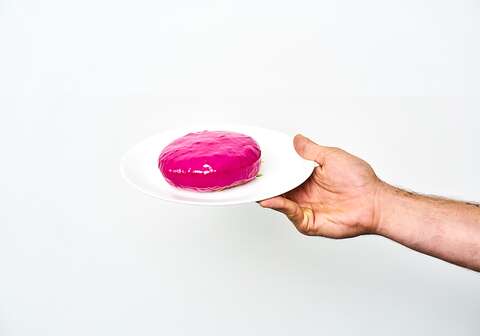 
On November 13th, Ally Walsh and Casey Wojtalewicz of Canyon Coffee will host a Sunday Brunch Launch Party featuring one complimentary doughnut per table, as well as pour-over and Aeropress coffee.

The Doughnuts with Friends series will run as long as we, the people, stay interested. “We’d love to keep it going. It’s fun for us,” Taymor said. “It’s always nice to have different viewpoints and palates and personalities to work with.”