Thought you were going to be missing RuPaul’s Drag Race after the end of All Stars Season 4? Think again! We’re already back in with Season 11, and with that, we have another Hot Tea for you. This week is with Season 11 contestant (could she be the winner?!) Plastique Tiara. Right before the premiere, we chatted with Platique, not just about how much DRAMA there is going to be on Season 11, but also about how Alyssa Edwards became her drag mother, about the Vietnamese influence in all of her looks, and how drag gave her the road to discovering who she really is!

I know Alyssa Edwards is your Drag Mother, how did you meet?

Oh my gosh! We met around two years ago. We met at a show that was created to raise money for the Pulse victims, and I was booked to do that show along with Alyssa. I was just a baby queen and Alyssa Edwards was my idol. And then we did the show together, and she was like “I like that wig on your head!” We literally swapped wigs; I started styling her hair, and a week after she was like “You wanna be in House of Edwards?” Literally my 19-year-old self was like “yes!” I was star struck, and then I found that she is just like such a great person, not just an amazing drag queen.

I can see that! I’ve been watching her dance show.

Yeah? Have you ever met her?

It doesn’t really seem like it’s an act at all.

Nope, not all at. She is just like that. She calls me every weekend. Like “How are you doing? I’m so proud of you!”

Drag Race is the first decision that I had made by myself because every decision before that was based on my family and how my parents wanted me to be. Amazing! How did you first get into drag?

I found out about Drag Race about five years ago. I started watching Jujubee. Juju was the first queen I ever saw. She was like this beautiful Asian woman on tv, and I was like “Oh my god. What is this?” And at that time, I just started coming out. I would sneak watch it at night and secretly record it. But Drag Race is how I first wanted to do drag. I was like “I can do that.” Drag Race is the first decision that I had made by myself because every decision before that was based on my family and how my parents wanted me to be.

So, you’re coming into yourself with this experience.

Basically! People think drag is about hiding who you are by masking it, but no, to do all of this I’m actually revealing to you who I am.

When I moved here from Vietnam, I was only 10 or 11 years old, so there was no drag culture there for me at the time. When I was in Vietnam, being gay was seen as a disability, so if your son is gay or your daughter is gay your family is like basically fucked to other people. I didn’t know being gay was even a possibility until I moved here, and then I realized I was different.

How does your Vietnamese culture come through in your drag?

I reference a lot of my drag from Vietnamese pop stars. All of my outfits and everything are from them and from anime and a lot of Vietnamese designers. They’re so far away, so I go to my designer and I’m like “Hey, could you recreate this for me?” I take a lot of Asian influences.

Do you have a community of people in Vietnam that you reach out to for designing pieces?

Yeah, for sure. Now that I have money, I can do that, but before it was just like “Oh hey, you want to help me do something?”

Your outfits are absolutely stunning, do you make everything yourself?

People don’t actually know this, but I’m a really good seamstress. I like things to be how I want things to be done. When I first started and I didn’t have the resources, I would design things myself, and I would make things myself. I still do that to this day, but people just don’t know it.

That’s amazing because then you have complete control over everything.

Yeah, I’m a complete control freak! I only reach out to people that I completely trust or that I’ve worked with for a really long time.

RuPaul’s Drag Race Season 11 premieres tonight, WHAT can we expect?

Was RuPaul a goal of yours?

For sure, for sure. I wanted to do drag because of Drag Race. At first, I wanted to be in the spotlight, and then I just fell in love with drag and how it made me feel, and how it made my character change. and I find out more things about myself through drag. Even if I didn’t make it on drag race, I would still do drag. It’s kind of crazy. It’s all of these emotions and discovery, but really, you’re just like putting a wig on.

Did you know a lot of the queens prior to going on the show?

I knew Ariel from Instagram. I knew Brooklyn through the pageant world; she’s won a lot of stuff. I knew Soju because we’re asian sisters, but the rest of the queens I had just met them for the first time there. When you’re first going into the room, what is it like meeting everyone?

It’s insane because you’re like “You’re here. I’m here. Let’s try to not kill each other and have like 10 cameras point at us.”

Oh my god, the cameras. Do you ever get to a point where the cameras aren’t there?

Yeah. Week by week you’re like “Okay, this is my daily routine.” This is all
I know now.

Were you happy with how things turned out for the season?

Yes! I can’t give anything away, but yes.

Any major drama we can expect?

Gurl, everyone is going to kill everyone.

I’m sure you watched All Stars. What are your thoughts on crowning a double winner? 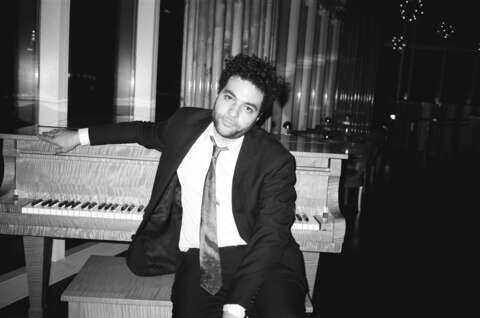