Tucked into a teeny second floor retail space surrounded by the scalloped, neon roofs of LA’s old Chinatown, Ooga Booga has over the past decade carved out a niche for itself as an anti-institutional institution. Steeped in a low-key, post-punk ethos, the store is a noted destination for zines, where one can just as easily expect to find a $500 handmade artist’s book (and everything in between).

Wendy Yao is the one-woman-band who dreamt up and still minds Ooga Booga. Her taste, ever personal, zig-zags through all echelons of DIY downtown diaspora, stocking things made by everyone from Assume Vivid Astro Focus to Frances Stark to Andrew Kuo to Los Super Elegantes to Cory Arcangel to Leo Fitzpatrick to Bless. We talked about what makes the store unique and some of its most curious wares.

Wendy Yao: I opened it in 2004 as just a casual project. I collected things that friends were making and I was excited about, presented them for sale, and organized events around the space whenever possible.

What is it exactly? A bookshop? An artists' shop? Uncategorizable? Hmm, I call it a store or a bookstore sometimes. I haven't thought of artists' shop, I like that though.

You grew up in LA, right?

What sticks out most about LA’s art community?

I think there’s a particular diversity and independence and casualness here. Because the city’s spread out and there are so many pockets, people have a lot of freedom to do their own thing. People are serious about art here, but there seems to be less self-consciousness than in New York, per se, probably because the media isn't so omnipresent. There are so many art schools here...maybe even too many! But it's good. I like it.

How has Chinatown evolved over the years?

Quite a bit ... I've witnessed its changes since I was pretty young. My mom used to take me there on errands when I was a kid, then later in high school my sister Amy and I would sneak out of the house to see punk shows in the now defunct Hong Kong Café. In college, my sister and her librarian friends co-founded the first gallery in that area, China Art Objects Gallery, so I would come down from the Bay Area and hang out with them a lot over there.

Finally when it was time to open Ooga Booga, it seemed like a natural location since I felt a connection and community there—and at the time, the rent was still cheap. Since opening shop, the rents have steadily increased around me, and most of my friends’ galleries have closed or moved elsewhere. So it feels a little more lonely over here these days, but it's still Chinatown: still filled with cheap firecrackers and film shoots though.

Could Ooga Booga exist anywhere else?

Hmm, not sure yet. I am becoming more open to the idea, but up until now we've only done a bunch of portable projects in other people's spaces, which has been fun, but might be too exhausting to keep doing all the time!

Anything special coming up?

Yes! My sister and I organize an (almost) annual Art Swap Meet out in Joshua Tree and it's happening February 25th on Saturday morning.

And what's the weirdest thing you've ever sold? It Was All a Dream with Sarabande in Decimo 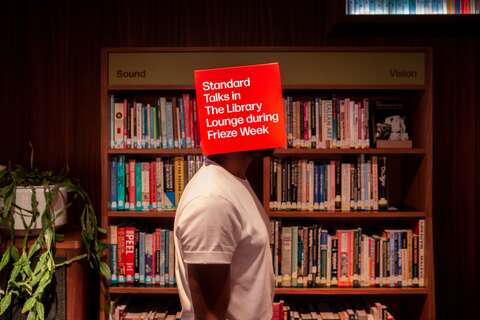 Frieze in London With Us… Brrrr 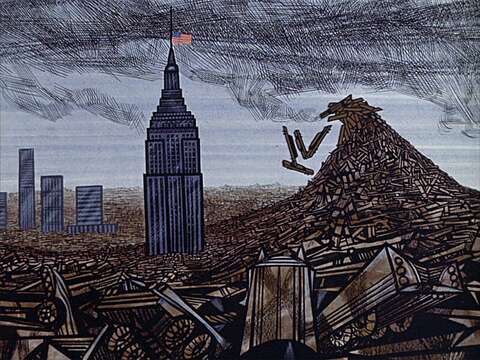 At the Movies with MoMA