"It's saturday night and I don't wanna feel the same, so I hop on the train and I head down to Le Bain", sings Alex from Holy Ghost in the intro of the Night People Two Year Anniversary Mix. Yes, for two amazing years Blu Jemz, Lloydski and Eli Escobar have run our Saturday nights on the 18th floor of The Standard, High Line. The party has quickly become a New York institution. To reminisce about all those fond memories, we sat down with Jemz and Eli for some Random Access Memories.

The Standard: What was the best Night People ever?

Blu Jemz: There have been so many great nights over the past two years it's really hard to choose just one. When Spank Rock had his album release party it felt like the floor was gonna collapse every time he said 'bounce.' There was the night Arthur Baker came and unexpectedly schooled all three of us with one of the best guest sets we've ever had. I also can't forget the time JR and I had the jacuzzi to ourselves the entire night. The only time I got out was to throw on a record every now and then.

The Standard: Sounds right. But if you have to pick only ONE?

Blu Jemz:I guess if I had to choose one night it would be when Mehdi played with us. He did an hour long hip hop set that was the best I think Le Bain has ever seen. All these guys we know from Queens happen to be there that night and they were going Ape shit. At the end of the night I kept teasing Mehdi and saying that he had finally gotten to fulfill his dream of being a real New York Hip Hop DJ. I don't think he thought it was as funny as I did.

The Standard: What about you, Eli?

Eli: When Felix Da Housecat came and played a secret unannounced set. He had done some awful EDM festival earlier and wanted to do something cool. He showed up and immediately started chugging Mezcal and trying to force me and Lloyd to drink straight out the bottle with him. Lloyd went in but it smelled like rat poison to me so I stuck to my Vodka. He probably chilled for like two hours just listening to us and hanging out (which is probably one of the reasons why he's such a good DJ) and then when he started playing it was a total underground back to Chicago roots type of set and I lost my mind! It also seemed like the sound got three times as loud and the energy went through the roof. Those are the best nights. When you feel like you're being schooled by a master and you just have to dance. I feel so lucky to have dudes like that play our party and know they can play whatever they want and it'll go off.

Night People Two Year Anniversary, it's time to celebrate this Saturday April 6 with our three Knights of New York Night and their guests: Holy Ghost!, Nomi Ruiz, DKDS and Beto Cravioto. Get ready with Eli Escobar's mix and their brand new blog! Oh, and the boys will have a few Night People X Le Bain t-shirts to give away for you, the People of the Night. 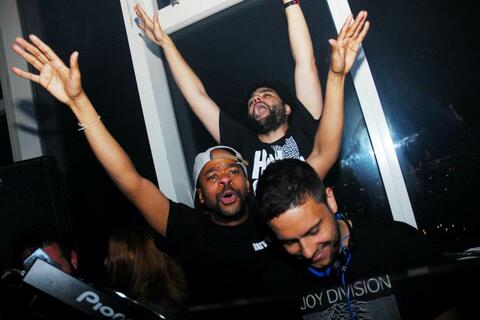 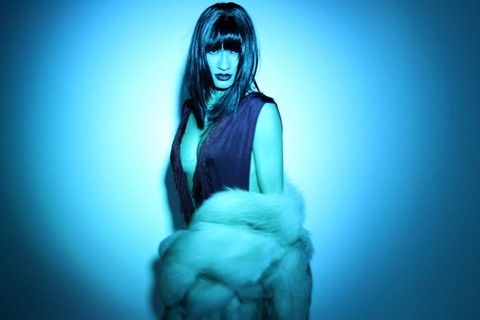 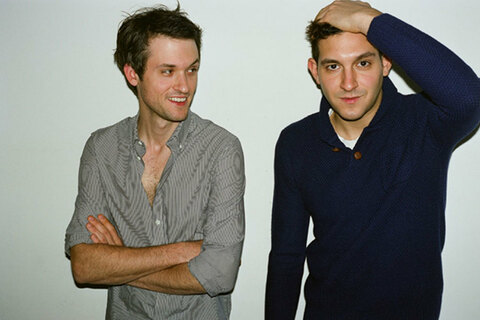 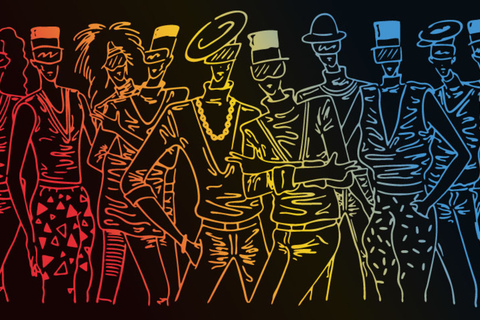