Thanks to its strong art, culinary, and music scene, Downtown LA has finally reclaimed itself as the primary destination of Los Angeles. From renovating seedy areas such as Pershing Square to attracting big designer brands and even larger developers, it seems like everyone wants a piece of the donut (the $5 donut is quintessentially LA). LA is constantly changing, and if you blink, you’ll miss it. Thankfully, The Standard, Downtown LA has seen through it all, and it’s with cultural expertise that we present the most definitive guide to DTLA. 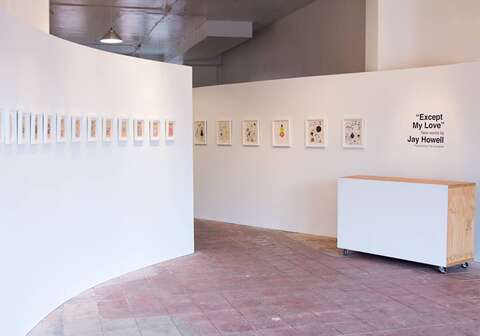 This independent cultural hub has only been around since 2013 and has already outgrown their Highland Park space, forcing them move to Chinatown for its close proximity to DTLA. Slow Culture focuses on exciting artists that refuse to be part of the norm and carefully displays them to create a powerful narrative. It’s always a hit and never a miss here. The Art District is home to MAMA, a beautiful gallery that focuses on contemporary artists and multimedia art from performances to videos to sculptures. They have featured LA darling Lisa Solberg, James Georgopoulos, and many more. It's a must-see. Home to MOCA’s main galleries, ​MOCA Grand Avenue was designed in 1986 by famed architect Arata Isozaki, who drew inspiration from the city. Fast forward to modern day, it is now neighbors with the Walt Disney Concert Hall (Frank Gehry, 2003) and The Broad (Diller Scofidio + Benfro and Gensler, 2015) making Grand Ave. one of the most historic places in LA. You can see the style evolution between the buildings and that itself is worth the trip. While the Art’s District was already known for their independent galleries, it was in need of a central destination. The answer to the void was Hauser Wirth & Schimmel, an internationally known gallery of contemporary and modern art, whose establishment was read by many as a stamp of approval to the existing art scene in LA. You do not go to The Last Bookstore without making sure you have at least a few hours to indulge in your curiosity. The two story, 22,000 sq. ft. space is overflowing with more than 25,000 books (both old and new), records, first editions, and even art in their gallery stores. If you’re looking for the perfectly distressed denim, tee, or jacket to take back home, Raggedy Threads has a whole lot of that and then some. The bi-coastal vintage shop has been a treasured store in DTLA and shows no sign of stopping soon. Everyone loves an indie store and Ooga Booga leaves nothing to desire with their selection of independent art, music, books, and clothing. While the store has two locations, the one in DTLA features events such as talks, book launches, films, workshops, music, and much more. Check out their calendar to plan a special evening. Please Do Not Enter

Please Do Not Enter’s curation process is an artform in itself. Founders Nicolas Libert and Emmanuel Renoird approach their selection of clothing, jewelry, and miscellaneous objects as a means to express yourself without falling victim to trends and branding. They focus on luxury of quality. This wellness hub has everything for those who need a little detoxing. The Springs has a yoga studio, a wellness center, a gift shop, and a restaurant all revolving around the theme of health. Start off with a yoga class, then indulge yourself at the wellness center with massage, cupping, acupuncture, jade stone therapy, or their several other options. If rows and rows of flowers don’t make you float with happiness, we don’t know what will. With 50 vendors and over 100 different types of flowers, you’ll be able to recognize more than just roses, daisies, and baby's breath. Pho Siam is in Filipino Town, just 5 minutes away from DTLA. You can get a custom 60-minute Thai massage or a multi-vitamin facial for only $50 each. Make sure to ask if the rooftop pool and cabanas are open when you make your appointment for added stress-relieving perks. If you’re feeling colorful, head down to Piñata District on Olympic Blvd. and South Central Ave. for endless fun. You can find piñatas in every shape, shade, and form. Head to Raquel’s for a color-coded experience or Jack’s Wholesale Candy and Toy Company for an endless selection of trinkets and candy. 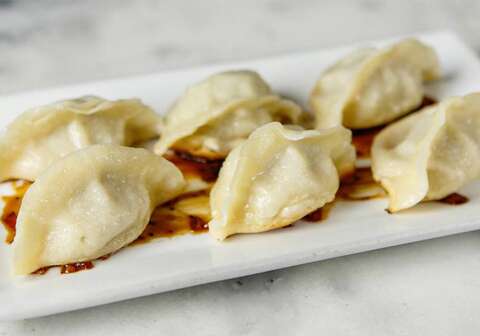 See our other picks in our Essential Eats: A Downtown LA Food Guide.

Placed in the basement of a historic bank, Peking Tavern pairs their fully-stocked bar with Beijing street food such as handmade dumplings with various fillings, noodles, and sesame balls for dessert. Warning: This Chinese gastropub will make you forgo Panda Express for the days to come. LA is known for their authentic Mexican food, and trust us, it doesn’t get more authentic than La Reyna’s taco stand off Mateo and 7th street. The establishment might not have a website, but that doesn't keep Angelenos away from going for a late night run to La Reyna. We suggest at least one mulita and several carne asada and al pastor tacos. This is the real deal. You're welcome. Talk about keeping our childhood field trip dreams alive. Clifton's Cafeteria not only has a great variety of food to select from, but also the five stories full of “natural history museum-inspired” decor brings a very specific sense of nostalgia with an adult twist: the gothic bar. At night, the place transforms into a club with with various genres playing on each floor. Think jazz and disco. Boogie away. Bask yourself in the glory of the holy macaron at Bottega Louie. This French restaurant’s bakery could double as a sweets museum, carrying dozens of different flavors of macaroons, chocolates, pastries, and yes, even gift arrangements that will set you back a pretty penny. These delicious pastries make for the best type of souvenir, so stock up. Tucked between clusters of industrial, exposed-brick buildings in the Arts District lies Villains Tavern, a folk-come-gothic bar. We love how isolated this place feels in the city. The watering hole is known for its pre-prohibition vibes, live music, and killer drinks (we mean it, they are strong). An Uber is strongly suggested. A place for dancing, this basement-style bar is on the darker side to really give off those underground vibes. While the alley-like entrance can be easily missed, the crowd outside is the tell-tale sign that you have arrived. The Continental Club's drinks are great, but the DJs are better, so grab a drink and head out to the dance floor. While WeHo is the go-to place for gay bars, DTLA takes the cake with this gem of a place. Redline's bar has events on a daily basis, from Taco Tuesday (Loteria starts at 8pm!) to Eggplant Friday. Plus, the DJs leave house music behind and switch it up with hip hop and rap. You’d think this place is a dive bar from the outside view, but it’s quite the contrary. Inside Tony's, you’ll find luxurious leather seats, taxidermy decor, and old school games. Grab an old fashioned, play rounds of darts, foosball, and pool, then make your way to a special window to order some pizza from Pizzanista!, which lives right next door. If there is one nightclub that really embodies LA culture, it’s The Lash. Made out of two dance floors conjoined by a narrow hallway, the event space is known for having various themed nights that, at times, don’t draw the same crowd. That’s the beauty of it. You can dance your way from an Aaliyah-themed event right into a mosh pit, exhibiting the contrasting vibes LA does so well. The broken glass decor says it all; it’s glam with a side of punk. Nestled in the heart of the Arts District lives the Resident—a venue and bar that allows for meaningful meet-ups and a good mix of artists in their bougainvillea-lined courtyard. Get there early to meet the band, you’ll find them wandering around the courtyard with a solid drink in their hand. Photo courtesy of The Smell

Recently threatened with a demolition notice, the historical landmark The Smell pulled through to carry on their unique punk scene if only for another year before they switch locations. If you’re into the DIY scene a la Burger Records, this venue is for you. Another perk, or lack thereof depending on your like of teenagers, is that The Smell is all ages. Formerly an adult movie theatre, The Regent was renovated from it’s former glory to be one of DTLA’s main concert halls. Besides having a consistent rotation of heavy hitting artists, the venue also has themed nights and their monthly music-based bazaar, The Rock ’N' Roll Flea Market.

And one more special note...

Throughout your stay, keep an eye on Restless Nights, a website that has daily underground happenings in DTLA. Check out their online calendar for concerts, art exhibits, cool fundraisers, and so much more.