Spicy, sour, savory, and sweet all at once, there is perhaps no cuisine more polarizing than Thai in Los Angeles. While some swear by hidden strip mall storefronts, others flock to more modern interpretations. We rounded up the best Thai fare in the city that we just can’t quit.

Like many of LA’s best restaurants, Luv2eat Thai is nestled in an unremarkable looking strip mall on Sunset Boulevard—the same stretch that Los Angeles Times food critic Jonathan Gold famously ate his way through during his younger years. From a coveted seat in the cramped dining room, guests can see a whirlwind of Phuket-style dishes making their way out of the kitchen: crab curry, oyster sauce brined fried chicken with crispy shallots and chili sauce, and braised spare rib kua kling are just a few you should summon to your table. It’s worth noting that since Luv2eat Thai has no liquor license, meals here are best enjoyed with longan (a lychee-esque fruit) juice instead of Singha.

To go to Jitlada is to be enraptured in the specialities of Southern Thailand: spicy curries, catfish and steamed mussels with lemongrass, pickled crab and fried, and dried mullet are just a few such delicacies. Prominent Los Angeles Times food critic Jonathan Gold told us it's acknowledged as the best Thai restaurant in town. A pioneer of regional Thai cooking in Los Angeles, Jitlada serves focused dishes that are funky, spicy, and full of challenging flavors. Through their ambitiously robust menu, the restaurant proves that Thai food is so much more than chicken satay that has been overly sweetened for Western palates. Over the years, Jitlada has developed a cult-like following that includes Ryan Gosling, Dev Patel, and chef Ludo Lefebvre.

Sri Siam Café has been cooking food from northern and northeastern Thailand at their outpost a mile south from the perimeter of North Hollywood’s official Thai Town. In many ways, the restaurant discourages diners from experiencing its glorious fare: the rundown storefront shows the restaurant’s age, the menu is overrun with seemingly run-of-the-mill stir-fries and curries, and beer is a luxury you must bring for yourself. However, with a gentle nod of approval from connoisseurs of Thai cooking, confidently venture to Sri Siam Café for dishes like o-lou, a crunchy, fried rice-batter pancake filled with shrimp and served over sautéed bean sprouts, and golden fried trout with spicy apple salad.

At Sapp Coffee Shop, a nondescript strip mall joint that’s been in business since the 1980s, noodles are the main event. Chances are that if you’ve heard of Sapp, you already know about their cold jade rendition: a harmonious gathering of green noodles, roasted BBQ pork, crab meat, peanuts, and chili. For something warm yet equally as tasty, try the beef boat noodles, which come in a deep brown broth that’s simultaneously sweet, rich, and sour. Round out your meal with a side of deep-fried crab rolls and a Thai iced tea.

Instead of focusing on a particular region, Ruen Pair offers diners a crash course on the entirety of Thailand’s cuisine. It’s the ideal spot for both newcomers to Thai food and seasoned veterans to enjoy classic dishes like pad thai alongside more adventurous fare such as a fried egg and salty turnip omelette or “raw” beef salad steeped in citrus juice. As an added bonus, this Thai Town favorite is open until 3am nightly for all of your after hours dining needs.

It’s probably a good sign that “lum-ka-naad” is the phrase used in Northern Thailand to refer to delicious food. Through a menu of almost 200 dishes separated by northern and southern origins, Lum-Ka-Naad lives up to its name. Start with the fried pork ribs, which are marinated in hot and sour sauce before being doused with chilies, ginger, lime, and cilantro. Move on to the Naked Mermaid, a shrimp dish swimming in garlic and chilies, and the steamed banana leaf basket filled with chicken, Thai eggplant, curry paste, and sweet rice powder. Expect no nonsense service and remember that spicy is not just an adjective here, it’s a full-body experience. 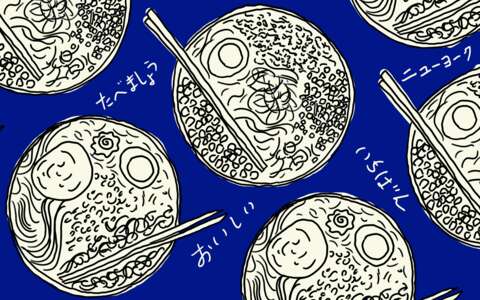 The Standard Guide to Non-Sushi Japanese Eats in NYC 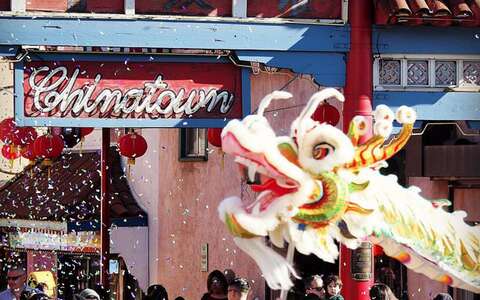 The Standard Guide to LA’s Chinatown 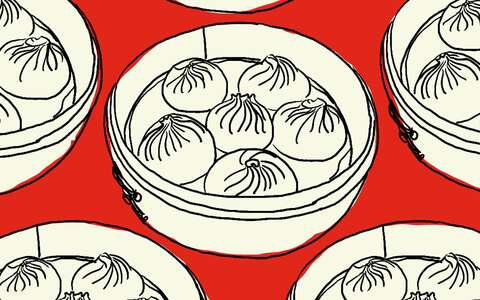