Razor-N-Tape: We've heard you're quite the BBQ aficionado. What are your favorite joints? Dimitri: I've yet to taste the proper Texas and Southern U.S. joints, but I particularly like Dinosaur BBQ in Brooklyn, Fat Willy's in Chicago and Phil's BBQ in San Diego.

How many bow ties do you have in your collection? Do you have a favorite or one that has particular sentimental value? Erm, never counted, but I have a shoe box full of mostly vintage ones, so that's a good bunch. I've got a fetish for checks and plaid patterns, which are not the easiest one to coordinate with each other, so it gives me an excuse to constantly dig for them. Like with records, and children, it's hard to pick just one that's special (laughs).

We know you've been in the game for quite some time now, what would you say are the major differences between the way you make music now and the way you did back in the day? What's better/worse? Well, obviously the whole digital, studio in a a computer box thing definitely revolutionized everything. When I started in the late 80's I wish I owned a studio so I could be freed of the ticking clock and the huge related costs. The dream eventually happened. The downside, is that everyone has its own studio and is putting music out. So it's much harder to get, and keep an audience's attention. Rather than fighting in the novelty, trends, and loudness wars, I try to keep my old ways of (very slow) mixing and editing with physical tape in the digital world, so to take advantage of my old schooler's experience.

What's your favorite NYC memory -from a gig, recording session or otherwise? It was in 1986, my first trip to NY, during the New Music Seminar, which was a music conference organised by Tommy Boy founder Tom Silverman. For a week I was immersed in NYC's golden age club culture, and got to see and grow experience from many legendary producers, DJ,s. My most vivid memory is a bit of a fan boy one. I went to visit Shakedown Sound, über producer's Arthur Baker studio, and within 10 minutes I got to shake hands with most my of youth's heroes, including Shep Pettibone, The Latin Rascals and Baker himself! 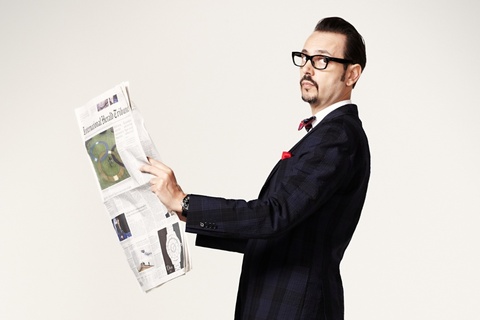