LE BAIN: You open your mix with a sample of "Dance Dance Dance" by Chic - which is the name of your party … Does that mean you made it for dancers, not poseurs?
ELI ESCOBAR: It’s just a polite reminder to people that dance music is about dancing! The tradition of the night club as we like to think of it is as a safe space for people to be themselves and let loose. These days we're being bombarded with images from various parties and clubs that show a DJ on a stage while the people face them as if they are watching a show. DJ’s are even calling their gigs 'shows' now! This is all a bit preposterous to me. Think about a group of people dancing and then imagine them all facing in the same direction. Does this make any sense to you? There is no star in dance music and this goes all the way back to the earliest disco records where the groups were completely secondary to the songs they made and sometimes were even totally anonymous.

MOMA: Poseurs get pushed in the pool! (laughs)

It seems weekly parties with the same resident DJs also are a bit out of fashion...
Eli: It’s very important to me to try and preserve the tradition of the weekly party. Most of the clubs now are booking different headlining DJ’s every night of the week so there’s no consistency really. People love to talk about their favorite club nights as 'church' but would you go to church every Sunday if they kept switching the minister up on you? We want people to know if they come to Le Bain on Wednesdays, the music is going to be great every week. We want someone who just wandered into Le Bain on a Wednesday to have just as much fun as a person who comes because they know we are playing or are regulars. And hopefully neither one of those people would ever care to notice us in the DJ booth because they’d be having too much fun dancing!

Are you big fans of Nile Rodgers?
Eli: Actually one of my earliest music memories is hearing "I Want Your Love" play from a radio on the beach in Fire Island when I was only 4-years-old! To be honest though, I’d say the most important element of Chic to me is the rhythm section of Bernard Edwards and Tony Thompson. Those two were unreal. And let’s not forget Robert Sabino who played those beautiful lush piano parts that might have actually been the most unique element in the Chic production sound.

What do you think is Chic's greatest accomplishment?
Eli: Without a doubt, the Sister Sledge We Are Family album. Kathy Sledge’s raspy voice was a dream and Luther, Norma Jean, and Alfa Anderson on backing vocals … it’s just too much! Now Chic wrote many a great dance music anthems, but none comes close to "Lost In Music". It’s also quite amazing to hear an 18-year-old girl sing "Thinking Of You" and deliver such a convincing tribute to love and sound so positively sure of it all!

Moma: Eli ain't never told no lie. That Sister Sledge album is the closest thing to perfection. "Pretty Baby" is my joint.

Is ‘soulful house’ a good description of your mix and the sound of the party? Is there a little bit of 90’s nostalgia to it?
Eli: Someone recently came up to me after a set I did and said “I loved your set, it was so '90s!” which was funny because I had actually played almost exclusively new music (like this mix as well). But it made me think that maybe since I started DJing in 1993, there’s just some inescapable connection to that time period that comes through in my style or the music I’m drawn to. A lot of '90s House music was soulful, I suppose - in the sense that it was made by people who were probably more influenced directly by Disco and R&B than today’s crop of producers. Of course there is also tons of music that gets categorized as soulful house that has no soul whatsoever. A lot of techno to me is soulful. It’s a term that I don’t really know how to define but I know it when I hear it.

Moma: Soulful house is a good way to describe it, but I have an even better word: House. Just House. I was introduced to House in the late '80s and back then House sounded and felt like uptempo R&B with a 4 on the floor. You had bass lines, vocals, chords - tracks like Serious Intention's "You Don't Know come to mind" - and, to this day, I still gravitate towards that sound. Maybe we can refer to everything else as Non-Soulful House.

What was your favorite NYC party in the mid and late '90s?
Eli: We all know the late '90s belonged to Body and Soul and Shelter. I can’t tell you anything you don’t already know about those parties! Actually I’m going to be a little self-centered and talk about a night I used to do at a place called Novecento in Soho. It’s an Argentinian restaurant and they have a bar and tables upstairs. On Fridays after 10pm they used to open that room up, clear away the tables and I’d start playing music. This was my residency from roughly 1997-99. It was a pretty diverse crowd, but it definitely swayed towards the Latin side of things. I would play lots of '70s NYC Salsa and then at some point transition into Disco and then House. The crowd would really go crazy!

Moma: Body & Soul and The Shelter definitely owned the late '90s. That's a given. On a personal level, I also had a strong affinity for hip-hop, R&B, and reggae parties so I have fond memories of the Q Club in Jamaica Queens and Bentley's in Midtown Manhattan. Very different clubs -- Bentley's was very 'upscale', Q Club not so much -- but great energy in both. Folks would pay a cover, check their coats, order a drink and then dance for hours on end. It's a simple formula but it made for amazing nights.

If you have one thing to improve to make Le Bain an even greater place to dance, what would you suggest?
Moma: Le Bain is my favorite room in the city, as it is, so I couldn't ask for much more…. It's the only place where I've held my birthday party more than once! If I had one request I would ask to restore access to the bathrooms on the Boom Boom Room side, the ones with the spectacular views. If not for everyone then maybe just for the DJs … Oh, and private elevator access for the DJs too, thanks!

Eli: That’s a great question and Le Bain is a club with a real identity so it’s interesting to think of adding to (or maybe taking away from) that. I would say maybe buy a nice rotary mixer (hint, hint). The sound of the Pioneer digital mixer we all play on these days is starting to wear on me a little. I miss the warm clean sound of the rotaries we used to use back in the day! 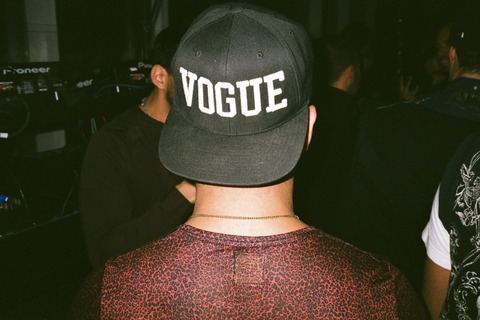 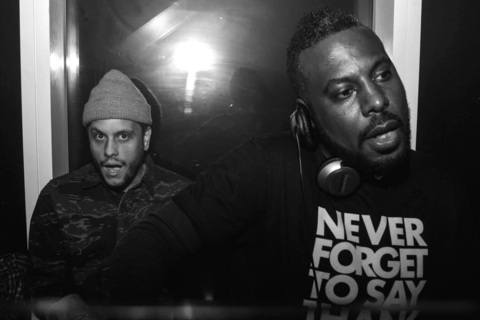