In Miami, Winter Music Conference is a holiday unto itself with some of the best international electronic artists descending upon our shores. To celebrate the occasion as only The Standard can, we invited Canadian spiritual techno duo Blond:ish to DJ our sunset bayside yoga on March 18th. Before they take the stage, get to know Anstascia and Viv. THE STANDARD: What's the story behind your name Blond:ish? Who decided on the colon?
BLOND:ISH: We didn’t choose the name Blond:ish for ourselves—it was the name of the party we did in Montreal in 2008, and then after a few weeks, people started to call us Blond:ish. It all happened organically. We're definitely more ish!

What were you both doing before Blond:ish?
ANSTASCIA: I was studying fashion design and business marketing, as well as bartending at different places around Montreal. That's what really got me headfirst into the scene.
VIV: I was studying computer science at McGill.

What was your musical journey from the formation of the group until now?
We have definitely come a long way in terms of music. We tend to really embrace change and never like to pigeonhole ourselves with one music genre. We've always played electronic music and lately we've been exploring all of the layers of that sound. 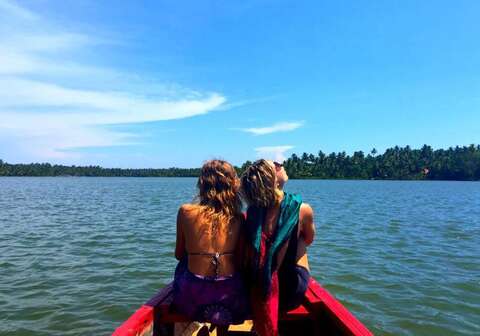 Would you say that your music matches your personality types and your lifestyles? Or is this style of music a unique way you've found to express yourselves?
It's always a balance. You could say the influences and inspirations from our hobbies are now coming more into our music. I mean, why not? The instruments that we've been playing within our sound meditations—like the symphonic gong and our singing bowls from Tibet—there's a connection to these elements and you can just get lost in them. It's a beautiful experiment to see the possibilities with electronic music and these eastern instruments.

Where do you draw inspiration from?
We're a product of our environment and became really inspired by our recent travels around the world. Life is about evolution. Everything changes and evolves and so should your music. If you don’t constantly challenge yourself and evolve, then you get bored really fast, and so does your audience. 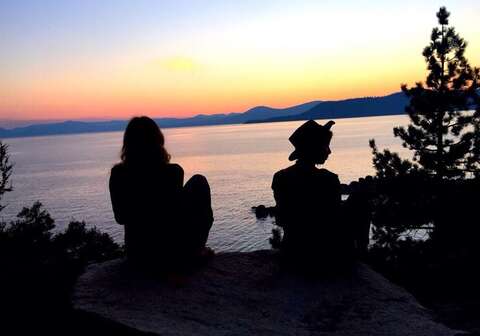 There's a new wave of interest in spiritual techno that you can hear these days from Burning Man to Tulum. Why do you think that is?
There are so many terms for it right now—gypset, hippy jetset, shamanic house, hippy-shamanic techno house. Whatever it is, it's really an amalgamation of anything ethnic from the East to South America. It's definitely music you dance to without shoes.

Do you have solo or side projects that we should know about?
A lot of people have pseudonyms and aliases, but we're just working on all our projects under the Blond:ish roof. We grow with our name, as does everything else. Things change, and so do people and their interests as they grow and evolve. We would love our audience to grow with us along the way. We're working with some new proprietary technologies with 3-D sound and creating a soundscape for a sound mediation journey. 3-D sound uses biometrics and coordination-based mapping to bring sounds to your ear in a new way, hopefully heightening the experience. We're experimenting. We're also working on a concept experience bringing together all of our hobbies with our live show and DJ sets. 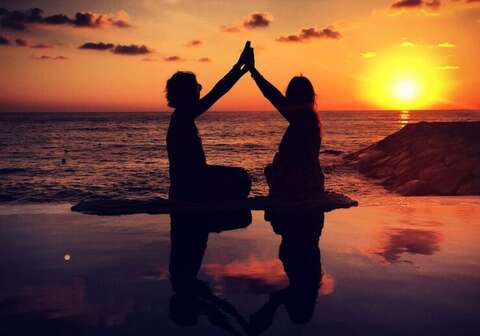 What can we expect to hear during the yoga set and your performance at The Standard Spa, Miami Beach?
You can expect all of our favorite music that we listen to during our own yoga and meditation practices, and a little live performance with our Tibetan singing bowls that we just got and can't wait to try out. For the garden show, it will be a little bit more upbeat, but still very tranquil to go with our custom visuals, which we'll be controlling. We'll have a nice little mezcal shindig to regroup in between all the Miami craziness.