“The world needs rescuing, right?” Tunisian-born and New York-based experimental singer, Emel Mathlouthi, asks this vital question ahead of the release of her latest album, Everywhere We Looked Was Burning. The album, Emel’s first-ever sung entirely in English, was met with praise by the New York Times, Pitchfork, NPR, and more. We caught up with her before her show on January 16 in The Penthouse at The Standard, East Village as part of the Annie O Music Series.
The title of your album, Everywhere We Looked Was Burning , seems appropriate for 2020. Can you tell us more about its meaning?
The album started as a mystical and musical trip in nature, and quickly sounds of wind, fire, and oceans started shaping the album. My inspiration grew between expressive cinematic poetry and haunted pads and organs that ultimately served to create my own apocalyptic soundtrack; and tribute to a nature [that is] at times wounded and, at other times,  in fury looking for revenge.
Where did you record your new album and who produced it?
It was recorded almost entirely in [upstate New York], in the towns of Catskill, Woodstock, and Mount Tremper. I co-produced it with old time collaborators Amine Metani and Karim Attoumane, but also with [new collaborators] Steve Moore and Ash Koosha, and Marta Salogni and Chris Tabron mixed and did some additional production.
Your song “Kelmi Horra” ("My World Is Free") served as the anthem for the Arab Spring in Tunisia, where you are from. How did you feel about it?
I have mixed feelings about that. On one hand, I feel honored and proud that my name will always be connected to one of the most historic events of the last decade. On the other hand, I feel unfairly trapped in an image that prevents people from seeing who I am now and appreciating my artistic growth. I will always love the song, but as much as it's a song that helped free many people, I feel in a way it imprisoned me. I'm constantly evolving and innovating in my music, and I just want to be allowed to do that. 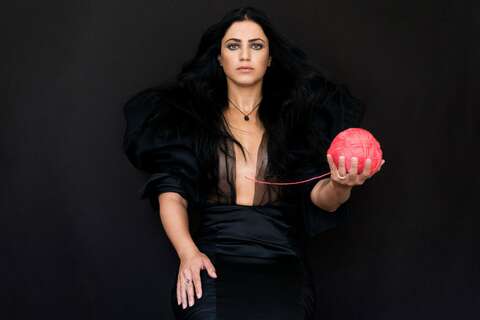 Photo: Julien Bourgeois
You sing mainly in English on this album. How did that come about?
I kind of came back to my first love. I fell in love with singing through songs in English - mostly rock and then folk. I used to sing in a metal band, then learned to play guitar and started covering American protest songs. I covered Jeff Buckley three years ago and that made it click in my brain that I was ready to come back [singing in English], but ready to create my own stuff and perform in my own way.
Tell us a bit about your current life in New York and upbringing in Tunisia.
I moved to New York five years ago, and I'm based in Harlem. I grew up in a very secular and intellectual environment. My dad pushed us to read and listen to classical music from when we were really young. I was raised with great human values, and grew up to be a rebel and a fervent human rights supporter. I have been passionate about art since I was eight, writing songs, acting, and choreographing while playing with my friends.
Is it true that your songs were banned on the radio there?
I was totally banned everywhere. Simply, I just didn't exist. I couldn't perform my songs anywhere and no festivals or [media coverage] were open for me. Everybody was scared to connect to me for a long time, and still a bit to this day to be honest. Everything was done underground. Luckily for me I was able to grow a fanbase and a great creative drive that led me to be who I am today. 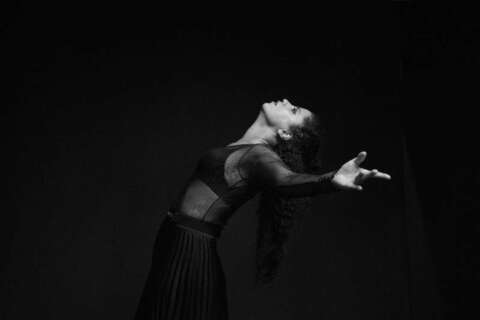 Photo: Ebru Yildiz
Do you enjoy touring? How is the music received in the United States?
Being on stage is the best place I can be. I can really be me and travel places at the same time. It's quite unique and magical. I would tour all the time if I could.
Who are the musicians that inspired you most?
Pink Floyd, Massive Attack, Joan Baez, Chikh Imam, Fairouz, and The Cranberries.
What are you listening to these days?
Thom Yorke, Holly Herndon, Loney Dear, Mount Wolf, and Erik Satie.
What can we expect from your show at The Standard, East Village, as part of the Annie O Music Series?
A trip to the skies.