We have a secret weapon at The Standard, and it comes in the form of a French-Moroccan music maven Annie Ohayon. After years in the music industry representing such greats as Lou Reed, Philip Glass, Laurie Anderson, Pearl Jam, and Peter Gabriel, we nabbed her to curate The Annie O Music Series, a regular concert series in the airy Penthouse of The Standard, East Village.

Monday, March 7th, Brooklyn-based trio Violet Sands joins the ranks of up-and-coming talent to perform. The band is brand new, but they're being referred to as a supergroup of sorts because each member hails from beloved bands and side projects you might already know.

Before the big night, Annie O connected with Violet Sands to find out what they're all about this time out.

I understand that there is a personal and family connection in Violet Sands. How did you decide to link up and start making music together?
DEREK: As siblings, Deidre and I have made music together since high school, and Deidre and David are married and have worked together as long as they’ve known each other.

DEIDRE: In 2015, we all had a strong urge to reconnect with our musical roots and explore something new—something that was really personal and reflective of where we were then, and are now, at this point in our lives. That all started with us just getting in the same room together—playing, tossing ideas around, and having fun.

DAVID: From the first time I hung out with Deidre, I knew she was someone I wanted to work with for a very long time. Love at every sight.

Diedre and David, you are both members of other bands. (Savoir Adore and French Horn Rebellion). Are you still in those bands?
DEIDRE: I parted ways with Savoir Adore about 2 years ago, which was bittersweet. After co-founding the band and living that music for 7 years, it was time for me to move on to the next phase. David is still in French Horn Rebellion with his brother, but has taken on more of a writing/producing role, and he joins the live band to perform at shows in New York.

DAVID: My brother won’t let me quit the band even though I regularly try to, theatrically. Some bands seem to come and go, but brothers are forever. We’ll probably be doing French Horn Rebellion in some capacity until the end of time.

Derek, you're in another band as well?
DEREK: Yes, I’m one half of Mighty Five, and we're known for our space-opera funk concept album, which was later adapted into a live musical theater piece. Recently, we've mainly been doing remixes. I was also part of the synth-trio Love Like Deloreans, and I played in the psych-rock band Xu Xu Fang.

What is the name of your next single?
DEIDRE: Our next single is called “Coming Back,” which we’re really excited about. It’ll be coming out in a few weeks.

How did you come up with your name? Is there a special meaning to you?
DEREK: It was really tied into our visual inspiration—the idea of a desert and its supernatural or paranormal qualities.

DEIDRE: The desert concept or metaphor is something we found ourselves drawn to over and over again. From its seemingly inhospitable environment and alien-like habitation, to its solitude and quiet, it just felt so much like our understanding of personal journeys and self-discovery—to find your own truth, the way you live and thrive among the mysterious, to try to understand your place in a strange world.

DEREK: We also think of it as a woman’s name, one of the main characters we follow in the story of the songs.

Where do you do most of your writing?
DAVID: Most of these songs came out of jamming together at our studio in Williamsburg called YouTooCanWoo. We played a few experimental shows last year where we tried out different arrangements of each song, so they really changed and evolved organically over time. Then we came back to the studio and tried to incorporate what we thought were the best parts of all of our tinkering.

Did you record this album at your studio as well?
DEREK: Yes, the EP was recorded at our studio. We also did some tracking at Deidre and David’s apartment, as well as David’s grandpa’s home in Wisconsin, so it’s a bit of a collage.

You've been called a super group. If you each had a superpower, what would it be?
DEREK: Time travel, or the ability to materialize a basket of chicken wings on command.
DEIDRE: The ability to fly.
DAVID: 4th-dimensional vision.

What can we expect from your upcoming show at The Standard, East Village?
DEIDRE: An introduction to the world of Violet Sands—a preview of all the music and exploration we’ve been doing over the last year. A solid Monday night hang! 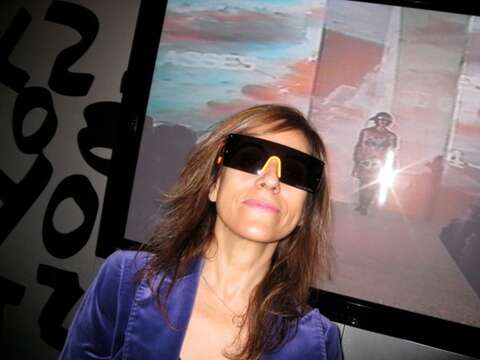 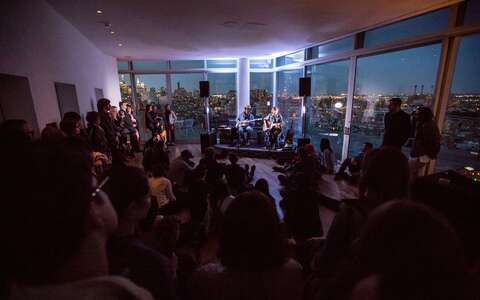 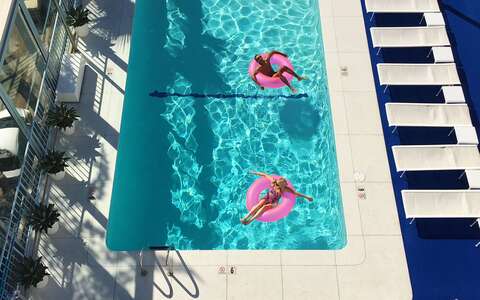 Things To Do in March