On Monday, July 17, Annie O’s bringing indie artist Olivia Grace to the Penthouse. Between last year and now, she's released an EP titled Heart Shaped Bruises and singles “Blackbird” and “Shoestrings,” all of which prove her knack for writing and composition. Annie O helped us learn a little more about the artist before she takes the Penthouse stage.


ANNIE O: Tell us about your single, “Shoestrings.”
OLIVIA GRACE: “Shoestrings” is about a character who feels out of place with her surroundings. The song is about trying to make sense of the world around you, while resisting the urges to hide away from it all.

When did you write it? Is there a special meaning behind it for you?
The song was an on and off process. I finished it last summer when I had just moved to New York City. The song wasn't exactly based off my own feelings and experiences, but when I was writing it, I was in a state of mind where I was trying to navigate all the changes in my life.
Those feelings definitely helped me to write the story of the character in the song.

Is there an EP in the works?
Absolutely. Right now, I'm slowly releasing singles, but I have a lot of unreleased music that I'm eager to put out.

What's your process in the studio?
It varies! I typically go in and lay down a super rough track just to have the piano and scratch vocal there, and then the song structure gets mapped out. Typically, I do a little bit of production and then do a final vocal, followed by adding harmonies and more production. The
producer I recorded "Shoestrings" with lives in another city, so I'd go out for two days and we would just record and produce for like 12-15 hours a day.

Any summer touring plans?
I have some shows lined up in Los Angeles and New York, but I'm considering adding more shows in other cities. I’m also planning some fun things in Europe for this fall and winter!

Are there any tracks by other artists you currently have on repeat?
"So Much It Hurts" by Niki & The Dove, "Cherry Wine" by Overcoats, and Kacy Hill's new single "Keep Me Sane."

If Olivia Grace had a superpower, what would it be?
Teleportation, so I could more easily see all the people I care about!

What can we expect from your show at The Annie O. Music Series?
A bunch of new music.

What's next?
A music video for "Shoestrings" later this year! 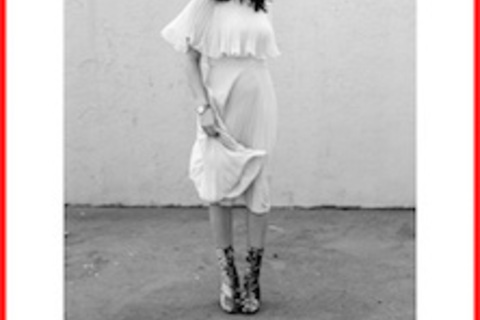