Introducing our latest collaboration: distilling the magical essences of our home cities with master French perfumer Francis Kurkdjian.
You probably haven’t spent much time thinking about that pointy piece of cartilage jutting out from between your eyes, beyond its appearance. But smell is one of the most elusive and mysterious phenomena in the known universe, right up there with the beginning of time and always standing in the slowest line. Scientists know how all the other senses work with a fair degree of precision, but they have hardly a clue how the brain identifies particular molecules as “scent.” The phenomena doesn’t even fit into a scientific discipline. It dances between them—not quite biology, not quite chemistry. Only quantum physics has been able to hypothesize more precise theories.
In addition to its mystery, smell is also a fascinating collection of contradictions. It’s clumsy and complex. That smells gross. That has notes of lavender. In terms of survival, it is our least essential sense, and yet, in several ways, the most primal. A smell can make you throw up. It can make you orgasm. It can make you fall in love. It can flood you with an overwhelming sense of nostalgia, and just as quickly fade to nothing.
Scent is something we take very seriously at The Standard hotels—as important as the bed sheets, the burrata, and the booze. So when it came to creating a brand-wide collection of scented candles, each evocative of our Standard cities (New York, Los Angeles, and Miami), we turned to world-renowned perfumer Francis Kurkdjian, one of the more important and widely-celebrated noses in the business. Kurkdjian has created scents with top fashion designers and artists around the world. Incidentally, he has collaborated with artist Sophie Calle, recreated Marie Antoinette’s perfume, and he’s a knight in the French Order. 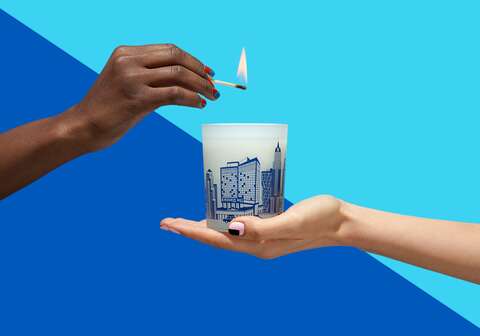 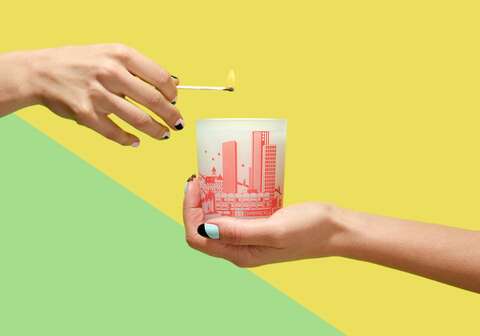 Los Angeles: A languid hike to the Hollywood sign. 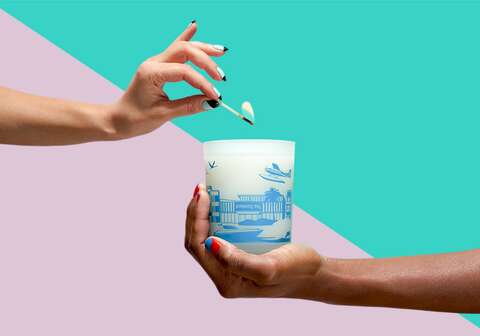 Miami: Colorful, fruity roses. The lush life in a tropical city.
Capturing the smell of a city is no easy task, it turns out, especially for these particular cities, which are each so unique, yet so complicated and diverse in both culture and landscape. “It’s difficult to grasp the feeling of a place, because in one scent, you have to capture the visual, the architecture, the spirit of the city, among other things, which is always very difficult,” he explained over lunch at The Standard Grill. “For LA, I wanted something sunny and summery, and bright and luminous. But I also wanted something cool and casual, and there’s definitely a hint of a suntan lotion scent in there. For Miami, do you know the smell of cold sand? When it’s very hot outside and you stick your toes underneath to get some coolness, some freshness? I wanted a scent to capture that entire feeling. Francis Kurkdjian on the High Line. Photo by Chris Shonting.

In creating the fragrance for New York, which would seem the most daunting, Francis knew exactly where to go. “It was obvious that we should talk about the High Line because up there, you have the greens, the plants, and all the smells.” Where once, an outdoor plaza on Washington and West 13th Street, would have been inconceivable due to the abundant (and fragrant) meatpacking going on, now, one thinks of wood oven pizza in summer, hot chocolate in winter, and for Francis, the pedestrian causeway above. Kurkdjian’s is a very interesting and distinctly contemporary take on New York. How does such change happen? It’s a complicated and mysterious process, much like the one that takes place right under, and inside, your nose, when you light one of these lovely scented candles.