On November 21st, Annie O brought the hometown hero Martha Wainwright to The Penthouse for an intimate performance. Before the show, the two got together to talk about Wainwright's new album, spirituality, and what to expect on the big night.
Previous Next 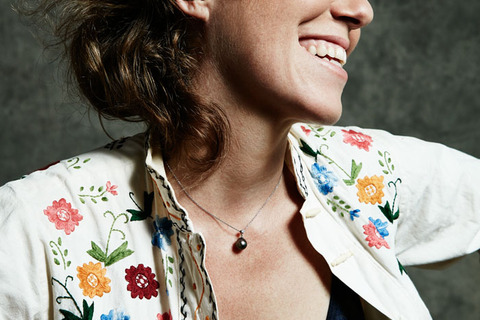 ANNIE O: Tell us a little bit about the inception of the new album, Goodnight City and the inspirations for it. Does the title have a specific significance?
This record has songs that I wrote as well as songs written for me to sing. It is more outward-looking than my other records, which are very autobiographical. This album is more centered on other people, including my kids. It's more hopeful than some of my previous albums and encapsulates a variety of musical styles that I've always wanted to explore. The title represents a farewell to something in the past--perhaps my youth and its struggle. It's a new chapter, a new beginning.

You've said that  motherhood is a big theme on this record. What have you learned that has changed your perspective, in regards to your work?
My songs about my kids are more protective and careful than songs I'd written about other people in the past. They are more positive and loving, which I have become myself through having kids. It's less about me and more about the world that surrounds us.

Music and family have always gone hand in hand for you. How did the song "Francis", which your brother Rufus wrote about your second child, come about?
I asked Rufus to write a song for me and this is what he came up with--I was so moved by it.

And you had also written one called “Francis”?
We didn't know the other was writing a song on the same subject. Obviously a new child was the most important thing my life at that time.

Can you expand on any of the other themes in your writing on this record?
Well I think there is a new beginning on this record. On the cover I'm walking forward and leaving something behind--maybe self-destructiveness. I think that the second half of my life will be better than the first.

Tell us a bit about the other collaborations on this album, especially with Thomas Bartlett?
Well, Thomas is a musical genius and a great collaborator. I'm very happy to have made this record with him. Brad, my husband, also brought so much to the table. They complemented each other very well. Thomas is more ethereal and Brad is more grounded.

Are there any specific tracks or new artists that you are listening to at the moment?
Doveman has released a couple of very frightening protest songs in the last couple days. I've been listening to those.

Do you spend your time between NYC and Montreal?
I'm mostly in Montreal these days, but the next couple years I'll be on the road.

What are your touring plans for the album?
Go wherever I'm wanted! UK in January, Australia in March, Canada in April, Europe in May, the States in June.

What can we expect from your performance on November 21 at The Standard, East Village? You've been a big supporter of the music series in the space from the beginning!
I love working with you and we always have a magical evening. The audiences are dedicated to listeners and very artistic themselves. It makes for a special evening.