Things To Do in February Cure for the Cluttered Mind: Meditation with The Path
Every Tuesday, 7pm
The Penthouse at The Standard, East Village
25 Cooper Square
As the dreaded grays of February descend on NYC, we could all use a bit of mindfulness to not just get through, but thrive. Whether you're in town for a visit or here full-time, you'd be well-served to join us for weekly guided group meditation with the experts from The Path. The Path’s guides will lead us through ancient meditation techniques that are designed for modern life. And while New Yorkers know how to hustle, perhaps The Path can lead us to a more mindful, thoughtful, and attuned hustle. The view from the Penthouse doesn’t hurt either. Seats bookable at thepath.com, free for hotel guests via the front desk.

Musical Cure: Annie O’s Live Music Series
2/9: Inna Modja
2/22: Rebecca Jordan
2/25th: Ninet
The Standard, East Village Penthouse
25 Cooper Square
You may not know all the acts that ascend to The Penthouse of The Standard, East Village for Annie O’s live music series, but the view is unforgettable and the performers will be household names before you know it. This month, Annie brings in a stellar lineup of all-female performers from around the globe: the emerging Franco-Malian Electro star Inna Modja, the accomplished singer-songwriter Rebecca Jordan, and Israeli rocker Ninet. RSVP to aohayon@standardhotels.com.

Bodily Cure: The NW™ Method with Nicole Winhoffer at The Standard, High Line
Saturdays: 10AM
Sundays: 10AM & 11AM
The High Line Room at The Standard, High Line
Renowned fitness expert, Adidas ambassador, and trainer-to-the-stars Nicole Winhoffer brings her proprietary NW Method to The Standard, High Line this month. Experience 55 minutes of the most effective endurance workout in NYC and discover muscles you never knew you had. The NW™ method focuses on three meridian areas of the body: behind the arms, the waist, and the butt. The purpose is to have the most challenging, time-effective workout possible, and also to have fun and open the mind. Click here to find class schedule and RSVP. Pia Camil: A Pot for a Latch
January 13th – April 17th
The New Museum
235 Bowery
The Mexico City artist Pia Camil studied at RISD and her vibrant body of geometric and abstract sculptures and paintings reflect a profound understanding of color and form. The show also boasts a clever bit of conceptual play that will unfold over the course of the exhibition: bring a personal keepsake to leave behind! 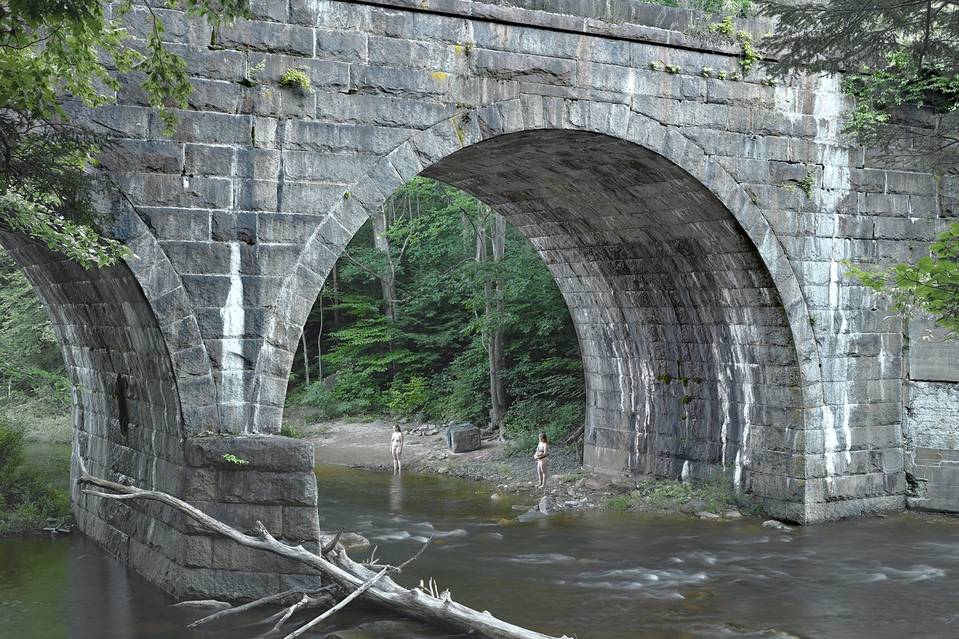 Gregory Crewdson: Cathedral of the Pines
January 28 - March 5, 2016
Gagosian Gallery
522 West 21st
The master of haunting narrative photography unveils an arresting new show at Gagosian. While Crewdson became well-known for large-scale photography, his latest show scales down considerably, which has the paradoxical result of delivering an even greater emotional wallop. Cure for Spring Planning: Art Collectors' Trip to Frieze New York
Quick question: what are you doing in May? You’re coming to New York for Frieze New York, obviously. Enter our contest with online auction house Paddle8, presented in partnership with Cool Hunting, and start planning your wardrobe. If you win, you’ll get round-trip airfare for two to New York from any major US/EU city from luxury travel agency SmartFlyer; a 3-night stay for two at The Standard, East Village and a private tour of the art fair. We’re also throwing in a $100 lunch for two at Narcissa (chic) and 10 Uber trips up to $30 each to get you to and from and wherever else you want to go. Deets are in the above link.

Social Cure: Chromat Presentation Afterparty
Friday, February 12, 10pm - 4am
Le Bain
Fashion Week is back in New York, and per usual, we’re hosting a slew of shows, parties, and afterparties. The catch: you’ll need to snap up an invite to the presentations. Should that prove to be an insurmountable challenge, get your social game on at the Chromat afterparty.

Cure for a Broken Heart: Nicky Siano Valentine Day’s Set
Sunday, February 14, 9pm-3am
Le Bain
The NYC nightlife legend takes over Le Bain on Valentine’s Day for a feel-good 6-hour set to get your heart pumping again. When Nicky takes over, the vibe is love—so be prepared to end up in someone’s arms.

Spiritual Cure: Ayurvedic Herbs, Sound Healing, and Group Hypnosis
Ongoing
Maha Rose Healing Center
The first months of the new year can be a challenging time in New York City: temperatures are brutal (finally!), the holidays are past, and the natives are restless. The best thing to do is be proactive, make plans, and take time to reset and look after yourself. One oasis of goodness is Maha Rose in Greenpoint, which offers an array of workshops to help you not just cope, but thrive.

Musical Cure: From Berlin to LA
February 5 - 6
Multiple Locations
On the surface, Berlin and LA seem about as far apart culturally as two cities can be. But a new festival coming to the city this week makes the case that they are spiritually linked through a shared culture and love of electronic music. This two-day event, taking place across multiple LA venues (including The Standard, Downtown LA) features DJ sets, parties, panel discussions, and tech demos.

Poetic Cure: Poetry Night with Jacqueline Suskin
February 11th
The Standard, Hollywood
8300 Sunset Blvd
Starting on February 11th, our one-time Hollywood poetess-in-residence, Jacqueline Suskin, will be hosting regular poetry readings in the Cactus Lounge at The Standard, Hollywood. For this first journey into verse, she’ll be joined by poets Elena Stonaker and Brendan Constaninee, reading on the theme of passion. Meditation Cure: Mindfulness Mediation at The Hammer Museum
Every Thursday, 12:30pm
The Hammer Museum
10899 Wilshire Blvd
Mindful Awareness is the moment-by-moment process of actively observing one’s physical, mental, and emotional experiences. Scientific evidence shows that the practice can reduce stress, improve attention, boost the immune system, reduce emotional reactivity, and promote a general sense of health and well-being. Go hang out at The Hammer and take part in their weekly drop-in sessions, whichare open to all. No special clothing is required, and participants are welcome to stay for 5 minutes or enjoy the entire 30-minute session. Sessions are led by instructors from the UCLA Mindful Awareness Research Center. While you're there, don't miss Catherine Opie's old master-style portraits of art world stars. 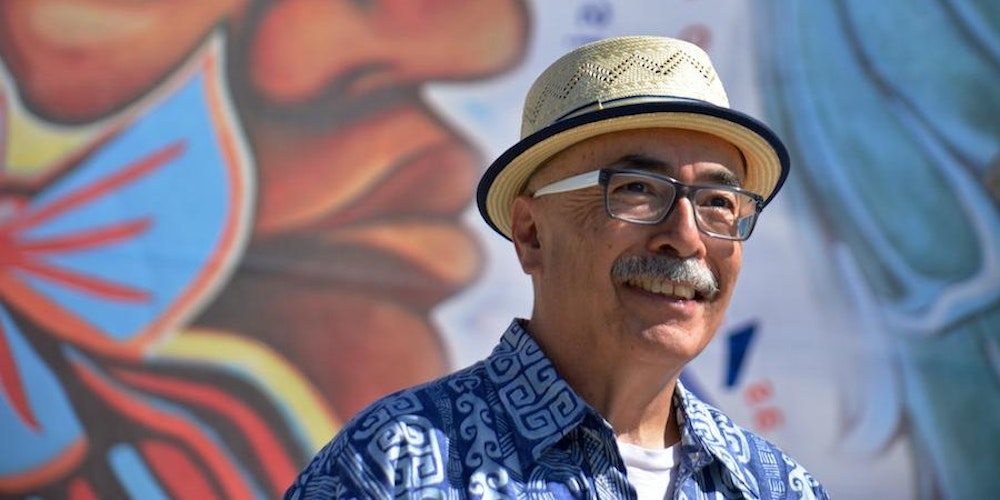 Cultural Cure: Bryan Zanisnik's Philip Roth Presidential Library
January 30th - March 19th
Locust Projects
The New Jersey-born, New York City-based artist Bryan Zanisnik made a name for himself with unconventional performances that featured two unusual fixtures: his parents. However, Zanisnik made headlines in 2012, when the novelist Philip Roth’s lawyer’s served him a cease and desist letter for a performance in which he simply read one of Roth’s works in public. It was a strange moment, to be sure, but Zanisnik is running with it. The installation at Locust Projects acts as both an aesthetic exploration of a disordered library and as a real functioning space – a place where people congregate and read Roth’s novels and related works.

Bingo Cure: Not Your Standard BINGO
Sunday February 21, 8 – 11PM
The Standard, Miami Beach
Join us for a special night of naughty BINGO with Shelley Novak. Prizes include a one night stay, one week membership, spa treatments and more.

admin
standard staff
chromat
le bain
desert nights
printed matter
hammer
o miami
the standard high line
cures
The Path
meditation
maha rose
annie o music series
Inna Modja
ninet
Nicole Winhoffer
whitney museum
RELATED STORIES
Love Sensation: Valentine's Day 2020
NYC - ART
Excite and invigorate all your senses this Valentine's Day at The Standard&nbsp;
Things To Do in December
NYC - ART
'Tis the season in NY, LA, and Miami for holiday ragers, incredible art shows, and face-melting concerts.<br>
The Wonder Women of The Standard, Maldives
NYC - ART
To celebrate the inaugural International Women’s Day at our first island resort, we invite nine staff members, A.K.A Wonder Women, from nine countries around the world to share with us what they love about The Standard, Huruvalhi Maldives.
NEXT STORY
Things To Do in March
READ NEXT STORY
PREV ARTICLE:
The Standard’s New...
Things To Do in March
NEXT ARTICLE:

Come and go as you please by choosing your ideal check in and out times.

Our brothers and sisters in hospitality with hotels in Austin, Marfa, San Antonio, San Francisco, and Todos Santos.

Stay Up with Us

Enter your email address below and get the latest and greatest stories from across The Standard World delivered to your inbox.

PLEASE ROTATE YOUR DEVICE FOR THE STANDARD EXPERIENCE.