After arriving as a Columbia undergraduate in the early 1970s, Brad Gooch found himself at the center of a gay artistic universe that included future legends such as Robert Mapplethorpe and Dennis Cooper. He gravitated first to poetry and then to fiction before taking a brief detour in modeling. His career as a literary biographer includes critically acclaimed works on Frank O’Hara and Flannery O’Connor.

In his new book Smash Cut, Gooch turns his skills as a biographer on himself, vividly bringing to life his experiences inside the decadent downtown nightlife of the 1970s and 1980s. But Smash Cut isn’t an autobiography; it’s the chronicle of a passionate affair between Gooch and film director Howard Brookner, as they navigate love, fidelity, and the exploding freedoms of the era. With cameos by Madonna and William Burroughs, among others, Gooch’s memoir brings to life a vanished New York and then recounts its dissolution as Brookner falls ill with a mystery virus that will soon change the lives of nearly everyone they love.

It’s a bit strange to sit down in The Lido Lounge at The Standard, Miami Beach with a writer whose work is so intrinsically tied to New York City. But in a tight black t-shirt Brad Gooch looks every bit the model he once was, and at least a decade too young to have been partying in Chelsea in the 1970s, so he fits right into the Miami Beach scenery. 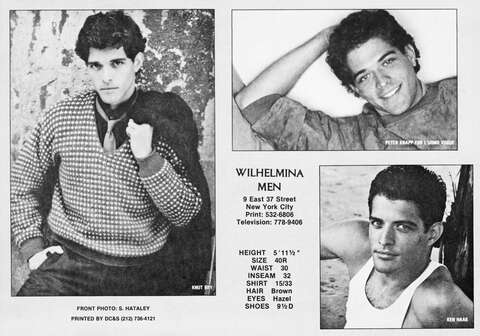 Brad Gooch's Wilhelmina modeling card from the '80s.
THE STANDARD: Most of the events of this book took place more than thirty years ago—why write about them now?
BRAD GOOCH : The love and loss story of my relationship with Howard was something that I always felt I needed to tell. Also, I often get young gay guys asking me, what was it like in the seventies?

You were once a young gay guy freshly arrived in the city—what’s it like to meet a young version of yourself?
It's weird—it's like being the ancient mariner or some thing. I moved with my now husband Paul to Chelsea, right across the street from the Chelsea Hotel, without it sinking in that Howard and I had lived there for three years. We opened a copy shop together right on that block. Howard had died a block away at London Terrace.

Every morning I would go walking down with my gym bag and look up and see this fifth floor window, where Howard and I had lived, where I had my 30th birthday party and things. So, it started triggering these memories. And writing this in some way relieved me of these ghosts.

With the amount of partying in the book, I imagine memories of the period aren’t totally reliable. How did you do your research?
I kept diaries and archives. It wasn’t organized, but it turns out I still had the chopsticks wrapper from when Howard wrote his phone number down for me the night we met at this gay bar, the Ninth Circle. He wrote it on the back of a chopstick wrapper and I still had it.

“There was a real sense in the group that Dennis Cooper's opinion of your poem mattered more than the New Yorker. It was mythology in a way, but we all believed it. We were living the idea that our friends were the most interesting important people.”

So, you were attracted to New York by this idea of an artistic life. When you arrived, what was the artistic and literary culture that you walked into?
The literary culture was the same as all the rest of the culture I think, which was that everybody was out of their mind all the time–partying and going to clubs. So what was absent in New York in the seventies was careers.

It's hard to imagine, as someone who pays present-day New York City rent, what New York without careers was like. What does it do to a group of people in their twenties when you take the idea of career out of it?
Oh it's just so much fun. But an important part of it was that rents were so little. I lived on Perry Street in the Village for $160, which seemed steep. That's what made it possible. It seemed like people didn't have jobs, although they sort of did.

It was great, because actually a tremendous amount of work was done in that period, and people look kind of nostalgically to all that. It was kind of done without noticing, so those Robert Mapplethorpe photographs grew out of his nightlife, a certain amount of them. He was at leather bars every night, and you wouldn't necessarily imagine how much work was going on.

It was kind of serious fun. 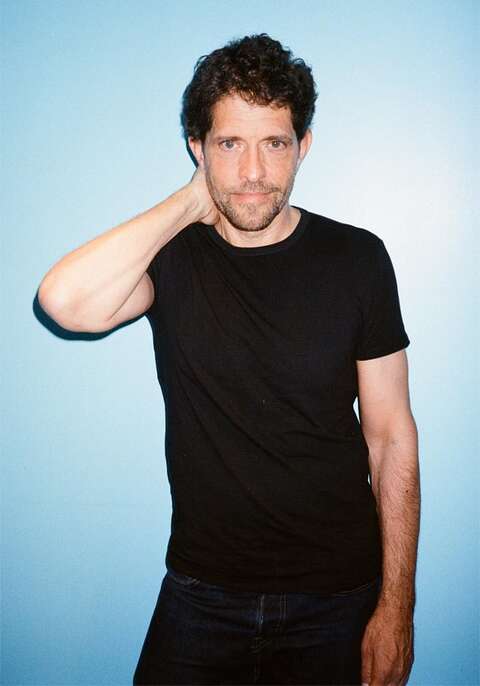 Gooch at The Standard, Miami Beach during Miami Book Fair International. Shot by Dana Goldstein.
You say you weren't careerists—were you confident that the work coming out of your scene had value and would get recognized?
We were even coming out of a previous kind of generation in a way, which was the Frank O'Hara generation. When I came to New York to go to college in 1971, there were still Frank O'Hara parties. He'd been killed five years before, but there were all of these artists and poets who would get together, and they were famous enough at the time, like Allen Ginsberg and William Burroughs.

And then there was a real sense in the group that Dennis Cooper's opinion of your poem mattered more than The New Yorker. It was mythology in a way, but we all believed it. We were living the idea that our friends were the most interesting important people. So that made it viable.

We had a backdrop fantasy to go on, which was the old bohemian idea where you don't have any money, and you're putting all this energy into your work and no one understands except these 12 cool people you hang with. It also helps that we actually were having all of this fun. That's the thing that can be missing.

So then you started working at Vanity Fair?
BG: I had a friend who was working at something called Manhattan Inc, a new magazine, and I did a profile of Diane Abrill, who was a downtown personality. And then somehow Tina Brown saw this and got me into doing Vanity Fair. I was way over my head, as I talked about in the book, so she sent me off to do these kinds of interviews with movie stars, and cover stories, and it was very hard because I didn't know how to write these things. 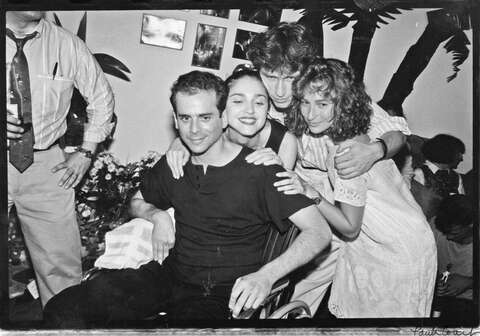 Brookner, Madonna Jennifer Grey
Was competition an issue in your circle?
Yes, in such a small little postage stamp size area, there was competition. It was intense, but it always seemed that art was a pretext for...getting laid and doing drugs and doing all of these kinds of things. And that turned out be the thing that lasted, the others went away. But you know, there was a party situation. So...

If everyone is getting laid, that takes the edge off, right? Sexuality democratizes things. It wasn't like we were all only hanging out with each other, there was a relaxedness to the period.

You have written about the continuity of gay life and mentioned that one of your first boyfriends was Frank O'Hara's last boyfriend.
J.J. Mitchell.

Do you feel like that continuity still persists in New York today, or has it been severed?
I don't think it does. Allen Ginsberg, some time around then, traced some kind of lineage that he was six steps removed from sleeping with Walt Whitman. This kind of lineage was very important.

The six degrees of Kevin Bacon for sexual partners.
This all cracked due to AIDS more than anything. That period got flattened into history quickly.

I had my first book of stories published by a gay press. We didn’t think a regular press would ever publish these stories, and for a long time they didn’t. But the upside was that there were all of these different gay bookstores and you could go on extended book tours to all of these cities with a built in audience. People really bought books, and they were really interested.

Were you intimidated being quite young and a poet and meeting someone like Allen Ginsberg?
I met Allen Ginsberg—maybe I'm a stalker—when I was about 17. And I sent him this, you know, kind of poem that I had written. And it just was a complete imitation of him.

And then he wrote back, I still have it, "You do go on worse than I do..." It was kind of a put down, from this great, great figure. 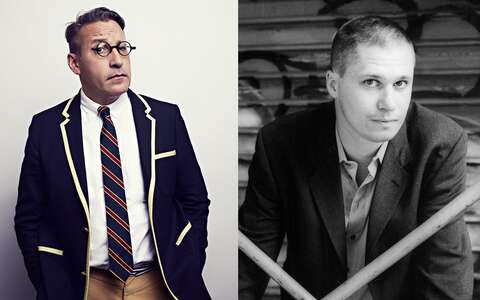 Longform at The Standard: Chip Kidd and Aleksandar Hemon during Miami Book Fair Anjelica Huston Thinks Pets Should Stay Free...So Now They Do