Lisa Taylor may no longer be a household name, but like most of her co-stars in Timothy Greenfield-Sanders' new HBO documentary, "About Face: Supermodels Then and Now" she's doing just fine, thank you. One of the greatest beauties to ever grace a catwalk, the onetime muse to Helmut Newton, Calvin Klein and Michael Kors talked to Standard Culture about her time in the trenches ...

Standard Culture: One of the most fascinating elements of the documentary is seeing how small and insular the modeling industry used to be. How did you get your start?

Lisa Taylor: I began modeling in 1971 after a short stint at a junior college in Boston. Dad was not very happy, obviously, and cut me off financially almost entirely. I had to earn a living, but luckily for me it was just a matter of a quick trip up to the Ford Agency. I was in the right place at the right time with the right look. One of my first jobs was the cover of the college issue of Mademoiselle. I was off to a good start! There was some pavement pounding as well.

You and Helmut clearly had a very special relationship. When you look at his photos today, what comes to mind?

Honestly, the first thing that comes to mind is his lighting. That's probably not what you thought you'd hear, but no one comes close to him in this area. As far as the messages he was sending to the viewer, it was clear he had a strong voyeur's approach to the female world and the upper class, in particular. He enjoyed making fun of it. I shared his humor up to a point.

Your most iconic job is probably the Dior campaign with the dobermann pincher. Was he a nice puppy?

As an animal lover, I was amused to find that a hand-and-arm model had been hired as a stunt double just in case I was afraid of the dog. I gave her the afternoon off.

In About Face, you speak pretty frankly about drug use and the dark side of modeling. Will that ever change?

Well, I think drugs and alcohol will always be part of the business for a couple of reasons. One being that the job can be quite boring and girls that age will get in trouble looking for something to keep up their interest. There is also a big part of weight control that seems to justify it's use.

You still travel quite a bit. Any supermodel-approved beauty tips?

Beauty tips? I call them maintenance tips. For exercise, I have a big elastic band that comes in handy while traveling. It's weightless and takes up no space. It works most parts of the body. Otherwise, I just try to keep on the move.

What are your favorite hotels?

I love The Mercer in New York. It used to be the Carlyle back in the day. In Europe— well, not to sound snobby—but I only know the Crillon and The Ritz. But I welcome any suggestions! 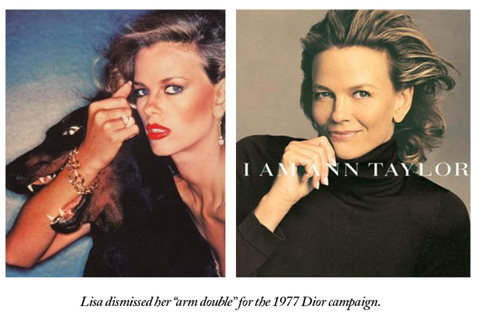 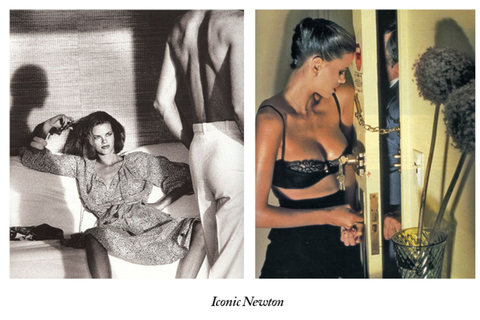