Two Manhattan openings on Tuesday evening provided an overdue reminder that making art is not just a career option, a profession. Well, it's that too, of course — let’s not get carried away — but at its most powerful it’s an obsession, and a sometimes rude and anarchic one at that. That both of these veteran artists, Paul McCarthy and Llyn Foulkes, are from Los Angeles makes perfect sense. Despite or because of LA’s undemanding climate, despite of because of it being more of a fungal growth than an old-school city, despite or because of its clogged arterial traffic and, most especially, despite or because of its century of world dominance in the commercial image industries, LA artists, compared with those in more socialized cities, seem often to have peculiarly rich inner lives.

As for Paul McCarthy, well, he has been as purposefully over-the-top in Manhattan recently as ever, like one of his own possessed characters in the end-wall video at his show in the Park Avenue Armory. He's had two shows up at Hauser & Wirth. Uptown, there were figures of a young female model, lying prone, naked, and rendered in such eerie, gynecologically exact detail that I found myself reflexively checking for breathing; downtown, there were colossal pieces made from hand and machine-carved black walnut. And his huge apple-red matte-surface Balloon Dog looming over Frieze was simultaneously a diss of the market while selling for a satisfactory $900,000. To say nothing of Twin Sisters, the black bronze that was beside the Hudson until recently. Oh, and Rebel Dabble Dabble opens shortly on West 18th.

Another side of Snow White.

WS, McCarthy’s show in the Armory’s Wade Thomson Drill Hall, which is loosely, and I do mean loosely, based on Snow White (the Disney Version, not the Brothers Grimm) is boisterous, crude, electrifying. On video screens an un-erotically unclothed woman sloshes what may or may not be fecal matter over herself. You peer through windows of grotty cabins, strewn with such perishables as a mega-bottle of Jack Daniels, a torn copy of Vogue, an issue of Artforum and some transparent tubing topped with a funnel, the use of which baffled me. I asked a young woman, who was also looking: “I would blush if I told you,” she said.

In an adjoining cabin a crouching male figure had a broom up his rectum. All in all, it seemed like the aftermath to as uninviting an invitation as I could imagine since the Manson Family stopped throwing ragers at the Spahn Ranch.

But there was a crackle of life about the Drill Hall that evening, too, enveloping the art world honchos, including one of my favorite critics, who I spotted sneaking illicit iPhone snaps.

The Llyn Foulkes show at The New Museum was exciting/disturbing, too. Those at the opening were visibly on the alert. “I am astonished by this show,” said the German artist Heide Hatry. And Hatry makes flowers out of materials like cow vaginas. The electricity was in part because Paul McCarthy’s work has been a known quantity for decades, whereas Llyn Foulkes, in his late 70s, has the freshness of a New Boy.

LLyn Foulkes at his opening.

He had started strong, though. Foulkes, who comes from Yakima, Washington State, went to study art at Chouinard in L.A., where fellow students included Larry Bell and Ed Ruscha. "But I was always somebody who kept to myself. I didn’t hang around with the other artists,” Foulkes told me over a coffee in the diner next to the New Museum the day before the show. He was chucked out of Chouinard after two years but had won a drawing prize and Irving Blum took him on at the Ferus Gallery on North La Cienega.

But Foulkes was determinedly asocial. “First of all, I never went to openings,” he said. “Never ever. I never did all of those things. I never partied. And if I didn’t like somebody I would say so.” The people he didn’t socialize with included such pillars of the Ferus as Billy Al Bengston and Robert Irwin, who was on last week’s cover of the Times magazine. “Irving would call and say Billy Al’s having a party tonight. Why don’t you come?” he says. “Why? I had a wife and a child. I’d been kicked out of art school and I was driving a taxi. I didn’t have time. I was never really part of the Art Crowd, even though I was at Ferus.”

Foulkes was out of Ferus soon enough and in the Rolf Nelson gallery across the road. “That was a pretty good gallery,” he says. “He had Judy Chicago, Robert Indiana. There were really a lot of people in his gallery. But art history keeps repeating itself and they leave all the other galleries out. So the only gallery that’s important is Ferus Gallery. “

In the early '60s Irving Blum began bringing New York Pop artists out to the Ferus. He showed Andy Warhol’s Campbell’s Soup Cans in 1962 and the following year Warhol drove on his first trip to California for a show that included his Elvis paintings.

Foulkes had a show up at Rolf Nelson. “Irving bought Warhol over to see my show,” Foulkes says. “He brought him over twice. There were a lot of cows in it.” The New Yorker nonetheless was one of the artists wth whom Lynn Foulkes did not care to socialize. “I turned my back on Warhol in '63 at Dennis Hopper’s party. I don’t think he ever forgave me,” he says. “And about four, five years later he came out with this Cow wallpaper. Right? So of course anything that Warhol touches becomes his.’

Foulkes notes that a few years ago Christopher Knight, the Los Angeles Times art critic wrote that he had finally understood why Warhol had made his Cows, that it was a response to Picasso’s macho bulls.

“It was hilarious,” Foulkes says. “Because I know why!”

One of Foulkes’ original Cow paintings is hanging in the New Museum show. You be the judge.

Foulkes had a high-flying career for many years, won a prize at the Paris Biennale. He was in the Sao Paolo Biennale, the Whitney, and he showed with Warhol and Lichtenstein in the Guggenheim. In 1992 he was in Paul Schimmel’s knock-out show at MOCA, Helter Skelter. “Llyn was kind of the star of the show,” says his dealer Doug Walla of New York’s Kent Gallery.

Then it was as if the energy had gone, Walla says. Collectors weren’t interested. It was the early Noughties, they were traipsing around Degree shows, lusting after the Next Young Things. The bright lights of yesteryear could dim, and wink out. “If it hadn’t been for Ali Subotnick .... “ Llyn Foulkes says. In 2006 Subotnick was appointed chief curator of the Hammer Museum in Westwood, Alerted to his work, she paid a studio visit and duly made him a pillar of a 2009 show, Nine Lives: Visionary Artists in LA. Now the New Museum. The Lives of The Artists, especially artists of singular talent, can seem predetermined. But they aren’t. 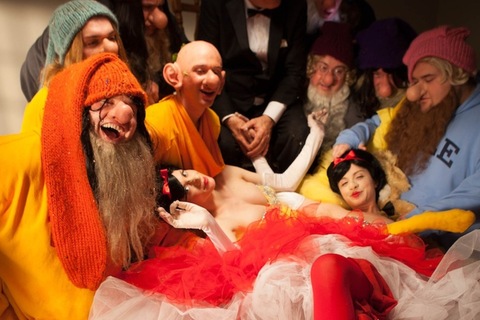 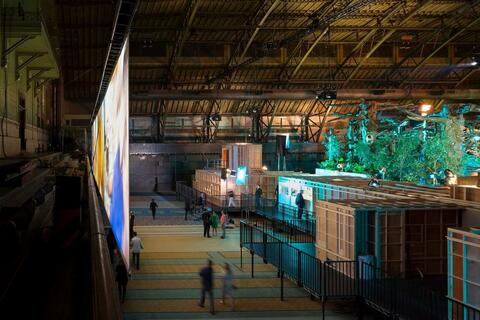 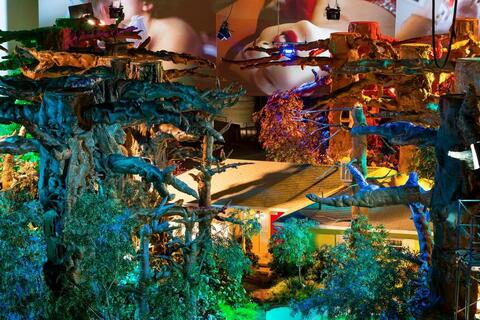 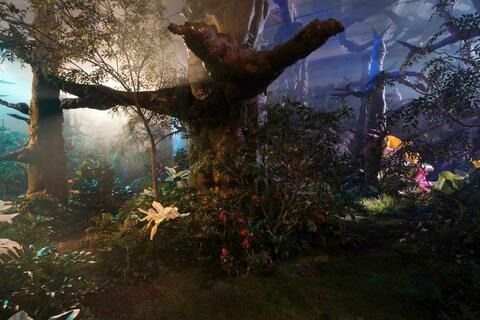 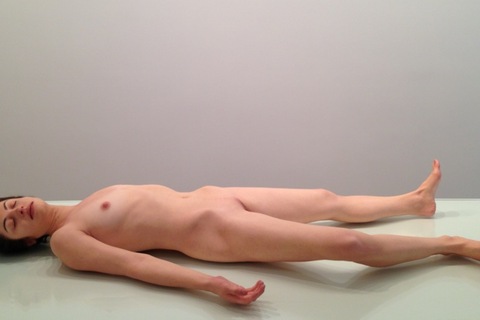