We catch up with French powerhouse Brodinski before he takes us to the new year at The Standard, Downtown LA.
THE STANDARD: You spend much of your time in Atlanta these days and we know why: it's the world capital of hip hop, and you’ve been working with young talents there. What do you like the most about the city itself, besides its outstanding music scene?
BRODINSKI: It's a great place to spend time for me right now. Aside from the actual work it's beautiful, settled in the middle of the woods. It often reminds me of where I come from in some ways! People are really nice and you can easily feel the soul of the city. I think you have to go for a bit to get it. I'm definitely still a tourist there, though. I'm mostly there to work on music. It's been almost four years that I've been going back and forth and I don't get tired of it. Photo by Camille Gorin
Can you describe your average day in Atlanta?
I arrange my travels so I can go there while I'm on tour during the days off. Most of the time I'm planning studio time and all types of work-related activities, because it's way simpler to get stuff done while I'm there instead of going back and forth over the phone or email. If I have time for lunch, I'll definitely know some good places nowadays. I discovered a whole new world down there.
And your average night in Atlanta?
Night is when we work the most. Studio time for hours, recording, and composing. Regarding the actual nightlife in Atlanta, it's a crazy city full of resources. I would advise newcomers to stop by the strip clubs of course—Blue Flames, Magic City, Follie's or Onyx—just to catch the vibe, but also to listen to the music. That's where you are going to hear the best selection in the city, and top DJs like DJ Plugg, DJ Swamp Izzo, or DJ Esco!

"I'm trying to find the best formula [between electronic and hip hop] set after set."

I’m just reading the article in The New Yorker about Coach K and the Atlanta scene explaining that even if Atlanta is the capital of hip hop in terms of creativity, it’s not really corporate, and with no major labels or clubs...
It's definitely working on its own system down there and different ways of doing things, but the creative energy is insane. That's probably one of the reasons I came down here in the first place, and probably also why I stayed for a second. The work ethic is also really important, and I rarely saw people working that much on their music.

You said you came to Atlanta to “to try to build something.” Are you still in that process?
What I meant by "trying to build something" is specifically linked to the actual sound. I'm a fan of a lot of artists down there. Their energy and open minds always blew mine. I've been working with several artists/rappers for 18 months or so, embracing a lot of different talents from the city, trying to bring them on a different energy and sound, more linked to my influences and my roots in electronic music. I've also been trying to help artists through their own working process. I always try to respect and understand a way an artist works so I can actually contribute the best way possible. I'm definitely still in that process, and I can't wait to put the music out and start working on what's next! 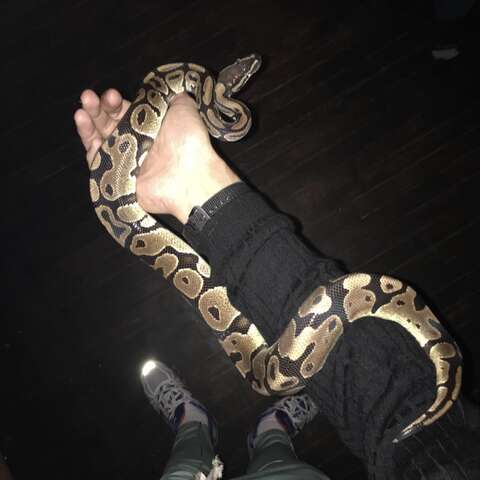 We’ll be celebrating NYE with you in LA. What’s coming up in 2018?
Several projects that I was talking about earlier. A few gigs and hopefully more time and experimentations in the studio!
Tell us your favorite three things about Los Angeles.
To be honest, I'm really happy to escape the cold winter in Paris for the new year. I would say the weather is one! Second thing would be my friends here. It would definitely be different without them! Sorry, I can only think about those two! [Laughs.]

You had been touring North America last month. How would you describe the mood in American clubs?
It was great, as usual! I remember having a great time in most of the cities. Nowadays I play electronic music and hip hop, too. I'm trying to find the right formula set after set, and I feel like it's fully accepted over here and I love it. it makes me even more confident in my quest!