In recent years, DJ and producer Samo Sound Boy has enlivened Los Angeles’s underground house music world with his solo work and his releases as DJ Dodger Stadium, his group with Jerome LOL. He’s also been putting out his own music and tracks from other locals through Body High, the label he runs with Jerome. With his new album Begging Please out now, Samo’s notoriety only continues to grow, so he’s been able to check out other scenes around the United States. Before hitting this rooftop this Friday, August 21st for the Body High x FYF Kick-Off Party with Todd Edwards, JEROME LOL, and Joaquin Bartra, Standard Sounds asked Samo to tell us about his favorite places to experience underground dance music across the country.

It’ll DO was a disco originally, then it turned into a House club, which it still is. There’s a light-up dancefloor, a lot of wood, no seats and no bottle service. It’s only open on the weekend and the resident DJs are really good. It’s really unpretentious and cool and there’s no people just standing around watching the DJ — everyone is really, really dancing and really, really going for it. When I played there, there was a younger, hip crowd, but then there were people who seemed like they’d been going there for 20 or 25 years and showing up every single weekend. It’s one of those spots where after I left, I felt like if I went back and tried to find again it would just be an empty parking lot, like I dreamed it.

After I played the Movement Festival in Detroit a few years ago, some friends took us to this after-party at the Russell Industrial Complex, which is this massive old factory. You go in this one doorway and up these really big staircases a couple flights, and there’s this little club built into the center of it. The night that I was there, Jay Daniel from Detroit was playing, then this guy Marcellus Pittman. I stayed until 7am and then went right to the airport, but it was not slowing down at all. It seemed like people would be there the entire day and into the next night.

For people who go out at all in L.A., there are multiple things happening every night of the weekend in different warehouse spaces or lofts. It’s pretty cool that there’s such a vibrant alternative to the more traditional clubs and more expensive bottle service-driven stuff. It’s not just dance music, there are all kinds of bands and performances utilizing this industrial space in South L.A. and south of Downtown. The more I travel, the more I realize that it’s unique and we’re lucky to have it going on. All the things we’ve done for Body High have been in those types of spaces.

Nightlife is pretty amazing in Miami and it’s pretty ingrained, so there are a lot of these veteran house acts that come down, but Bardot is the place that is bringing in new people who have never played the city. It’s the perfect place to have that happen, because it’s very small, so it’s not an intimidatingly big room for a new act to fill. For how small it is, the sound is actually great and the dancefloor is always really going.

Output is on the very professional side of the stuff I’ve been talking about, but I appreciate it a lot for that. There isn’t a more dialed-in, well-run place in the whole country. I’ve played there a bunch of times and you don’t have to worry about anything. It makes you feel like you’re in some club in Europe that’s been going for a long time, but Output isn’t even that old. You DJ there and you actually feel like you’re a professional DJ. 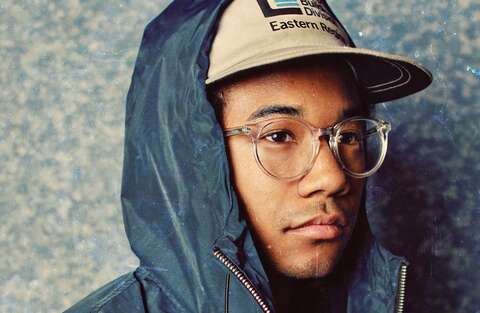