Looming above the front desk of The Standard, East Village is a glowing, stained glass landscape. The abstract scene, of curvaceous mountains rolling towards a brilliantly blue sky is a signal that you’ve entered into another world — the world of the hotel —  where guests are allowed  to live as decadent or as inconspicuous as they please.

Enter the doorman: the first face you see when you arrive and the last when you leave. They welcome the wasted, tired, and hungry with open arms. They see a side of the place no one else sees...and occasionally attend to late-night requests for bags of chips, saline solution, and cotton balls.

Of course, The Standard has no shortage of noteworthy employees, but being a doorman requires a certain "oomph." Haig Hovnanian has oomph for days. With his salt and pepper  beard and striking schnoz,  he’s the type you pass on the street and look twice.  He’s every bit as confident and charismatic as he looks — excellent attributes for a doorman, even better for his other life as an actor and comedian.

When Standard Culture arrives to spend the night with Haig, he’s in an especially celebratory mood, riding high after a successful show at the Tribeca Comedy Club, where he’s been performing for the past few months. Tonight also happens to be his three-year anniversary at The Standard.

We take up our position on the sidewalk, and the night begins…

11:09pm - Haig waits by the door, scanning the streets for incoming guests, taking the temperature of his surroundings.

12:09am - Working the night shift, Haig says, “is like an uphill battle.” At this early hour, it’s not immediately apparent what he means.

1:01am - There are many silent, still moments spent standing on the sidewalk. Taxis and cars zoom by. The city hums along. But there’s a lot of time to think — a lot of time to get lost in thinking about thinking.

1:32am - A guest calls down for a bag of chips and a random toiletry. Haig is sent out to retrieve them, and we head for the deli. Entering the bodega, the guy at the register calls out, “What is it this time, Haig?” He pays it back with a small laugh.

2:23am - A well-served girl, straight out of central casting, pours out of a cab with a bottle of water and a sweet smile. "How you doin’?" Haig asks. Later Haig remarks, smiling, “I probably say that phrase a couple hundred times on a busy night.”

2:25am - The crowd at Café Standard starts to thin out. Back outside, the Empire State Building has gone dark.

2:45am - A male guest comes out for his 3rd cigarette, no jacket, just a t-shirt. It's below freezing.

3:24am - “What’s the craziest thing you’ve ever seen here?” we ask. Haig thinks for a moment. “Well, one night I opened the elevator and there was a guest just totally passed out, riding the elevator up and down. Some nights are out of control, but it’s not usually like that.”

3:34am - “Wait,” says Haig. “The craziest thing I’ve ever seen is, we once had a notable guest staying with us for a couple of weeks. And every night at like, 3am, he would come down and play his guitar in the lobby. Then he’d talk at length about science books and living life to the fullest. He’d sing and play to other guests who were stumbling in during the wee hours of the morning.

6:44am - We make our way to the Penthouse to watch the sun rise. Haig says, “On a clear day, like today, it’s euphoric. This is Mother Nature’s way of telling me the night’s over. I can go home now.’”

Morning, and it’s the end of another night for Haig. We take the elevator down to the lobby, passing the amber landscape, which we suddenly realize are not mountains at all, but something far more anatomical. Standard Culture was frankly, too tired to decide. Pausing at the doorway, Haig holds open the door. “After you,” he says, and we pass out into the bright, early morning. 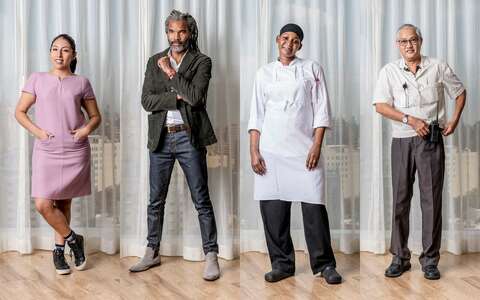 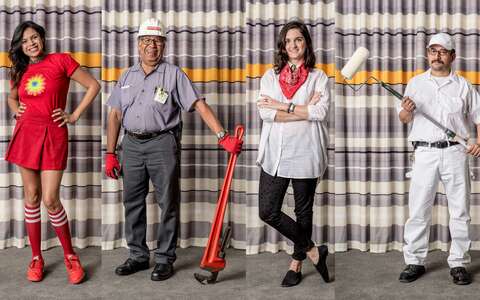 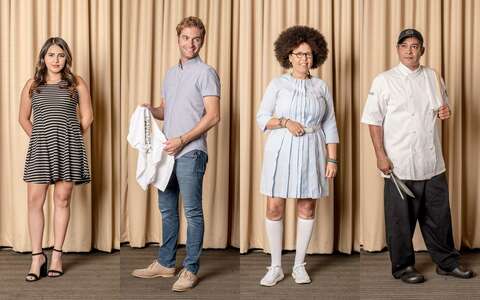