Eight years ago this month, Not Your Standard Bingo took over The Standard, High Line’s restaurant, The Standard Grill, and overnight became New York City’s dirtiest little secret. In true Standard style, the concept of a game usually reserved for old ladies in retirement homes was flipped and transformed into a scintillating spectacle. Ever since, an eclectic crowd of revelers descends onto the Meatpacking District every Sunday night at 10p.m. to play bingo, sing Balls Karaoke, and transform the space into their own private hedonistic den. That is, if they could snag a reservation.

We sat down with the movers and shakers behind bingo to find out just what has made the night a New York City gem for the past eight years.

"Flipping a classic idea on its head." 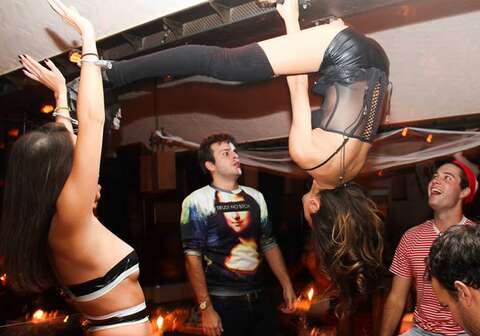 I love the look on people’s faces when I tell them about Not Your Standard Bingo. They’re thinking senior citizens at the VFW in Arkansas, not twenty-somethings at a boutique hotel in the heart of the Meatpacking District. It books a week in advance, they close the main dining room, people dance on tables…at least they used to before it was banned.

The bottom line is that the party is on a Sunday night and at about 11:30p.m., everyone realizes that they’re not going to make it to work the next day and gives in to that collective energy. It’s a time to let it go and make some bad decisions and go all the way. There’s no pretension to the party at all.

The key to bingo’s success is doing what the Standard does best—flipping a classic idea on its head and transforming something we know and love into something new.

This party works because the crowd is the party. You have as much fun as you put into it.

Bingo has nothing to do with talent, how much money you have, how cool your friends are. If your balls aren’t called, you don’t win.

Every week, people come by just to be on the waitlist. Some tell me their friends promised this is in the top five things to do in New York City. It makes me really sad when I have to turn a guest away!

The main dining room is transformed into a magical vortex where NYC newbies, stressed out locals, and brave celebs come together for one night and make time stand still. My veteran tip is panties are always a good choice. Those tables are high and you can’t delete other people’s #notyourstandardbingo stories.

"The party gets crazy when you guys get crazy!" 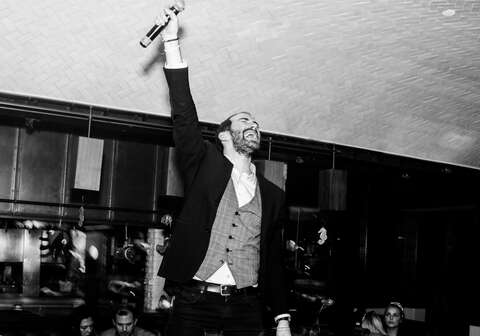 One night around when bingo first started, there was a table that started singing songs and replacing lyrics with “balls” just for fun, which caught on with the other tables. DJ Earl Grey and I started coming up with different songs that would get the crowd riled up. After that we started letting people come up with their own balls songs to perform and then we would do it in between games and do karaoke rounds with shots.

Originally, music was not a major part of the party. It was simply background in between bingo games, and then I DJ’d the after-party. Now the music helps fuel the energy all night. Each crowd brings their own energy from week to week and I play off the crowd.

When I came in, I just wanted to fill all the seats and create a full experience for the crowd. People would come in timid at first and couldn’t wait till things got crazy. My answer was always, “The party gets crazy when you guys get crazy!” I would throw masks on the tables, play great music, give the staff sparklers to run around with, and suddenly, the crowd would grow less inhibited. Before you knew it, people would be taking their clothes off and spraying champagne all over each other. 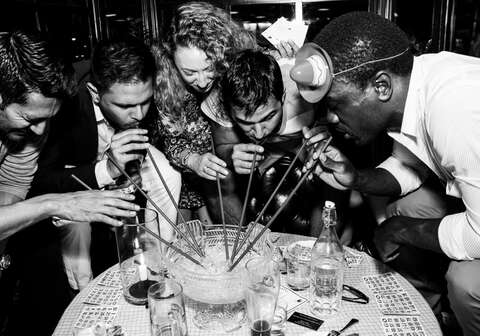 "Everyone was star-struck to say the least." 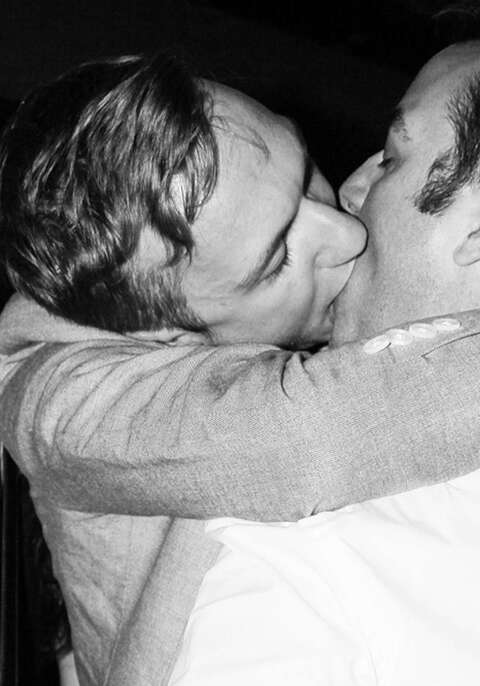 Over the years, we’ve had grandparents, surprise engagements, and even celebrity sightings—Zac Efron sang Aladdin during balls karaoke, Rihanna came unannounced, Nascar driver Jeff Gordon had a dance-off with someone, the cast of Lion King blew everyone away with their balls renditions, Johnny Weir came through for an Olympic-themed bingo night, and Cameron Diaz participated in balls karaoke. And Aaron Rodgers and Amar'e Stoudemire came as well. One time, one guy decided to hang from the ceiling—he grabbed on the steel beams from the ceiling, hoisted himself up, flipped himself upside down, and did a split on the steel beams. I’ve never heard the crowd go crazy like that.

One of the wildest stories was when someone sang “Bitch Better Have My Money” not realizing that Rihanna was sitting a few tables away. I was hoping Rihanna would upstage her, but she was cool and let her have her moment. Everyone was star-struck to say the least. One time there was a professional pitcher at bingo and he was wildly drunk and wanted to fight some guy because he wasn’t a Mets fan. I was walking by and said to him, “Hey, man, the Mets need you. Don’t fight!” and he agreed, so I was pretty much the hero of the evening.

People always end up making out. My earliest memory was of a girl dancing on top of a chair, falling down, and literally getting right up as if nothing happened. We have gay couples, straight couples, celebrities, and families coming every week—it’s the perfect mix of people.

After two punch bowls and a round of shots, the next thing I know, my friend is on my shoulders and we turned into Michelle Branch circa 2001, belting, “Because you’re everything to meeee!” before an audience of half-stunned bingo fanatics. Later, I stumbled to the street to find two of my girlfriends tongue-deep with sailors on Washington Street. (It was Fleet Week.)

Oh my, there are some illegal happenings that took place that I shouldn’t share!

Bingo’s lasting impression: My friend had to pull over on the NJ turnpike the next morning and puke while driving home to Toronto. I can’t wait to go back. Being open-minded has been key to bingo’s success. We give people the chance to take risks and see what works and what doesn’t. My role is to keep everyone on track. The end goal is to have everyone up and dancing and recounting their experiences with each other. I love watching how people react. Some come in hesitant, then end up doing a dance-off and pouring a bottle of water all over themselves. As the party has progressed, bingo has gained more swagger. We know what to expect, from the staff to the hosts to the DJ, and we know how to bring out the magic of the party.

Bingo changed my life. It’s been a constant creative outlet for me and the highlight of my week. We’ve had customers of every age and background, and from all over the world. Just recently for Mother’s Day bingo, one mother other took over the dance-off, dancing all over the room and making the crowd go wild. We’re open to all, and if you’re open, you’re guaranteed to have the best night of your life.

It’s truly a unique experience. People get to dance, sing, laugh, and showcase their talent...or lack thereof. It’s inclusive, campy, and always evolving. Each crowd brings their own energy. Sometimes songs get booed. Sometimes they tear the roof down. The crowd participation takes us on a unique adventure each week. It’s the most fun you’re going to have in NYC on a Sunday night.

A moment I remember distinctly was when I looked at my three best friends and felt completely grateful that we were creating the lives that we wanted in the best city in the world, and then I realized that the room was full of the same spirits just wanting to have a great time while in the heart of the hustle. 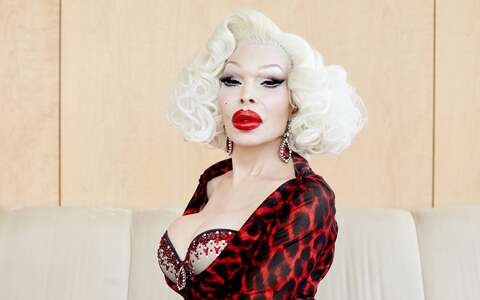 The Suite Life of Samantha Irby