The title of the art collective My Barbarian’s installation and residency at the New Museum is “The Audience Is Always Right,” a title so WRONG, we happen to think it’s very RIGHT. At the very least, it captured our attention. My Barbarian is comprised of Malik Gaines, Jade Gordon, and Alexandro Segade, three California-born artists who, in addition to their solo careers, come together as a kind of superhero art team. After preparing their installation, Segade submitted to our questions on everything from the collective's mission to its recipe for successful dinner parties. 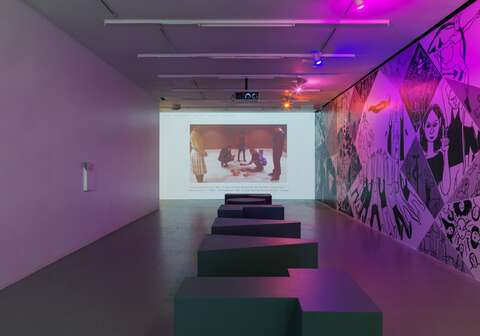 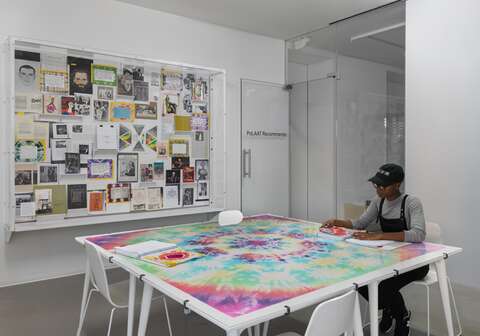 THE STANDARD: Describe My Barbarian for the uninitiated.
ALEXANDRO SEGADE OF MY BARBARIAN: My Barbarian is an art collective that makes installations, performances, theater, videos and music, as well as objects like costumes, masks, drawings, and props. We play together and with the audience as a way to play out ideas like culture, taste, art, politics, and history. We’ve been working together since 2000-ish: a lot has changed since we started, very much on the fringe. We have made it to the outskirts!

What’s one My Barbarian piece that could serve as an introduction to the collective’s work?
“Double Agency,” which is the title for a series of videos and performances we did at the Los Angeles County Museum of Art in 2015, in which we became a production company and cast of a “TV” show that used the museum as its studio lot. We played spies in a TV show about a museum being infiltrated by spies, and made replicas of actual masks from the museum’s collection, which were then stolen by art-handling ninjas.


Mission statement?
To resist civilizing forces from within the force field of civilization.

In the group’s opinion, do artist collectives make more, less, or the same amount of sense in this art historical moment?
Collectives never make sense, but then…what model for art-making really does? Working collectively is not the most logical way to make a living. The group has morphed from an art band to an art collective to a traveling political theater school, and a bunch of other pluralistic alter ego formations. We have never, in any of these collective identities, made sense, though we have made some good points.

Do you believe in the idea of the heroic solitary artist in his/her studio?
Some of our best friends are heroic, solitary studio artists. Of course, many of them have assistants, or work as assistants to other artists. Studios can be lonely places, but often, they are run like small businesses, with managers and skilled laborers working on the production. In performance, video-making, and installation, we often work that way, breaking up solitary tasks into heroic jobs for the three of us. So, our model is less the solitary hero, like Spider-Man, and more the superhero team, like the X-Men. 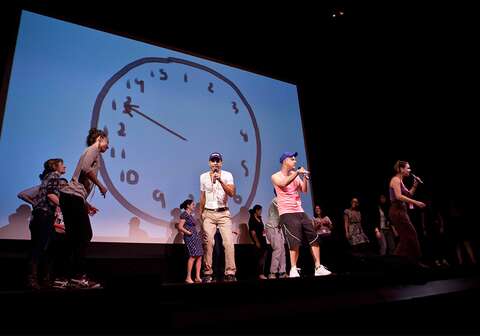 How is being a collective like being a family?
Being in a collective is literally like being in a family, and in our case, it is an extension of our family, because two of us (the gay male ones) are married to each other and we all three participate in each other’s lives, on holidays, birthdays, and anniversaries.

Have you entertained the notion of adding members to the collective?
My Barbarian started out with more people, but we ended up just being the three of us, which is enough. We work with a lot of other artists, some as collaborators, some as guest stars, producers, and craftspeople. Perhaps some day the three of us will retire from My Barbarian, and three other people will take over.

All three members of My Barbarian are California born and raised. How does this manifest?
All of us were born in California and all our parents met there in the 1970s, so we are the fallout of that alternately utopian and politicized moment, and a lot of our work, from “Pagan Rights” to our current project at the New Museum, is an attempt to come to grips with that legacy. The very Californian ease with elisions of cultural, spiritual and artistic distinctions is a hallmark of our work, though we have had to take a hard look at the kinds of erasures inherent in that haze of sun-drenched blurriness. Now, two of us live in New York, and we have stopped wearing colors.

How do you air out inter-collective tensions when they arise?
We fight. Someone cries and the other two people gang up on that person. Then we process. We have figured out over the years how to be sensitive to each other, but as in every relationship, there are patterns that get repeated. We used to save all the fights for panel discussions, but now it happens behind closed doors, because even though it was entertaining for the moderators, public disagreements weren’t that great for our collective attitude.

What would be on the menu at a My Barbarian party?
My Barbarian’s diet is very rustic. My Barbarian roasts a lot of vegetables, but My Barbarian has also been known to braise its broccolini, and of course, My Barbarian will not shy away from eating its roots raw. My Barbarian does like a protein! Any poultry and fish, from peacocks to narwhales—provided My Barbarian caught the animals in the wild, as My Barbarian is a big supporter of free-range, as a concept. Processed carbs are, of course, viewed with suspicion, but a high fiber hunk of brown bread is hard to resist. 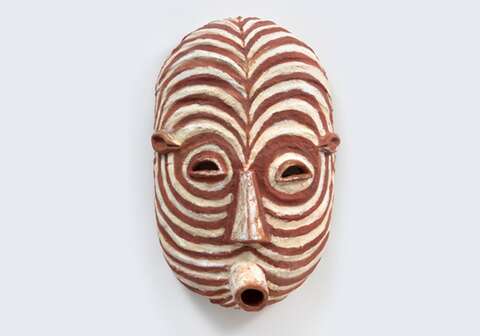 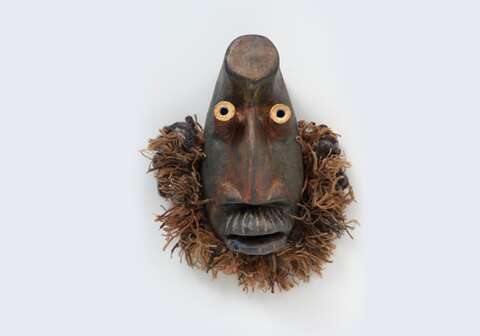 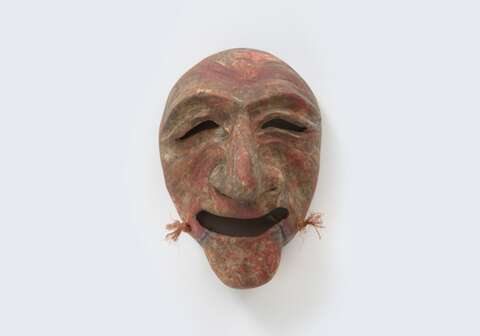 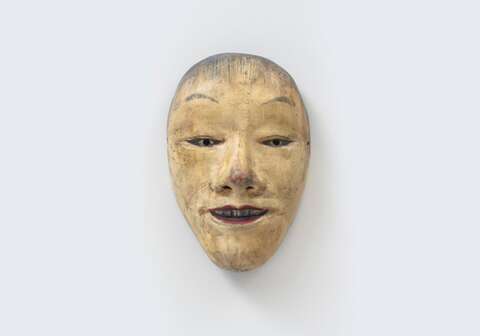 What artists, performers, icons, etc. are in My Barbarian’s spiritual family tree? Every project has its own lineage, though we do see ourselves in a web of influences from all over the spectrum of cultural production. We honor the collectives and movements who’ve come before us, such as Asco, Bodacious Buguerilla, General Idea, Group Material, Art Club 2000, Fluxus, and theater troupes like the antiteater, the Living Theater, the Ridiculous Theater, Spiderwoman Theater, Split Britches, The Cockettes and Warhol’s Factory, and artists who’ve blurred boundaries of media, such as Eleanor Antin, Paul Thek, Jack Smith, the Kuchars, Lorraine O’Grady, Linda Montano, Rhee Morton, and Adrian Piper.

Regarding your upcoming residency at the New Museum, what’s My Barbarian’s position on old museums? If you could be “in-residence” at one “old museum,” which would it be and why?
There is a Museum of Theater in Vilnius, Lithuania that is a personal favorite: it’s tiny and has many miniature models of theaters inside of it. If we could use a shrinking ray we could perform in all the theaters there, and that would be something! Of course, the Pergamon in Berlin and the Museo Nacional de Antropologia in Mexico and the Egyptian Museum in Cairo are sites that we would love to explore, as they have these highly inappropriate collections of things like ritual objects, ruins, mummies and religious artifacts, so beautifully displayed. These collections result from that very painful, yet seductive, project of colonialism, and its majestic display of grave robbing, that characterizes many a museum. Perhaps the thing to do is have a séance, or maybe even read from the Necronomicon and re-animate the dead. Or just sing a song while sitting on a sphinx, because, uh…

Does My Barbarian have any other official positions it would like to get out into the world?
Art can be process to model for the world we would like to live in—it doesn’t have to reflect the sordid situation people refer to as “reality.”

What’s the most dangerous thing to give one’s barbarian?
An…idea!

What’s your favorite My Barbarian prop?
My Barbarian wears a lot of masks. But we also love dolls, particularly our hand-made collection of dolls based on actors from Fassbinder movies that we made for the play Blood on the Cat’s Neck at the Goethe-Institut in New York.

What’s the best feeling for a collective?
Relaxed enough to improvise freely, but nervous enough to care that what you’re doing is clever.

How many members of the collective does it take to screw in a lightbulb?
One person to choose the color of the bulb, one to decide which direction the light should shine in, one person to break it during installation, and then, collectively, all three to decide to do the piece in the dark.


“The Audience Is Always Right” will be on view at the New Museum through January, 17th. This Thursday and Friday (10/20, 10/21) at 7pm, join My Barbarian as they stage two culminating ensemble performances of the Post-Living Ante-Action Theater (PoLAAT), a project that responds to the works of the Living Theater and Rainer Werner Fassbinder's anti-theater, among others.