Local citizen Iggy Pop once described Miami as “a hell of a good town to eat a banana!” and we couldn’t agree more. Miami is a magical place, and there’s no shortage of strange in this quicksilver town. As withNew York and LA, we’ve gathered up our favorite out-of-the way oddities, unconventional attractions, and locales that you simply won’t find anywhere else. Probably best to check them out sooner rather than later — that which can’t be developed usually sinks back into the everglades before long.

1. 1935 Northeast 150th Street Site of North Miami Amateur Jai Alai, the best place around to strap on cesta, sling a few beers, and play the fastest game on earth

2. Middle of the Bay, off the Venetian Islands Flagler Monument Island, (a.k.a. "Monument Island"), dedicated to Henry Flagler, pioneer, founder of Standard Oil, father of Miami

3. 72nd St.-72th St. Miami Beach Biscayne House of Refuge was the first building on Miami Beach, once home to a family whose sole job was to scour the beach for shipwrecked sailors

4. 15544 West Dixie Highway Location of Nite Cap Lounge, the best dive bar in Miami, where the ceiling is tiled with memories of regulars and their dearly departed trucks

5. Bandshell Park, Collins Avenue and 73rd Street Commemorating the 50th anniversary of the band's legendary trip to Miami, The Beatles Mandala is constructed from hundreds of tiled glass pieces from India

10. 3251 South Miami Avenue Remember the scene in Ace Ventura: Pet Detective when he goes to the fancy party and falls in the shark tank? That's Villa Vizcaya, a mansion and gardens also seen in Bad Boys II and Iron Man 3

Lesser-Known Los Angeles Landmarks: From The Dude's Residence to the Church of Scientology 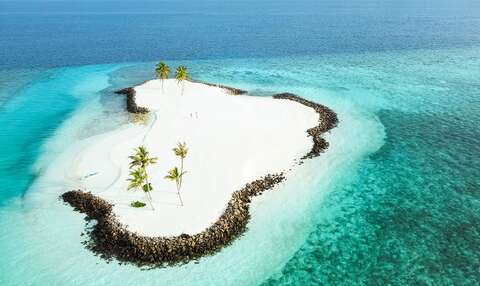