NYC duo Musclecars, aka Craig and Brandon, delivers an exclusive mix for Le Bain before they bring their party, Coloring Lessons, on Friday, August 17th.
LE BAIN: Tell us about your mix.
BRANDON: The first track is "Lost Love" by Legacy, released on one of our favorite labels, Clairaudience. We wanted to start off there as this record really moves us emotionally speaking. This mix is comprised of some of our favorite tracks at the moment.

CRAIG: Emotion and feeling is a big factor of what and how we play. We always want to instill in the crowd the same emotional response we get from the music. Aside from the first track, we didn’t plan out any of this mix but wanted to approach the mix the same way we would when were behind the booth at Le Bain. It’s a good taste of some of the tunes you’ll be hearing at our parties.

"Dancing, singing, and dressing up are all forms of expression and release."

The mix is very soulful, subtle, and organic, not necessarily what you would except from a DJ duo called Musclecars!
BRANDON: I like that our name doesn’t really limit us to one specific genre.
CRAIG: I think when we first started, we didn’t really put a whole lot of thought into what we’d call ourselves. Fast forward five years, when we were thinking about what to call our party, we were a bit more calculated. When it came to our party Coloring Lessons, we wanted to establish an idea that would help describe our playfulness and humility. At the same time, we’re sharing the music of our heritage with a younger generation.

The mix features one of my favorite garage records, “Brighter Days” by Big Moses and Kenny Bobien from 1997. Not sure I should call that record garage. What do you think?
CRAIG: Love this track. When I hear the bass line and the percussion, I absolutely think of that ’90s era. I guess it does resemble the garage sound, though I do think it breaks that genre barrier at the same time. For me, this can be house music just as easily as it can be gospel.
BRANDON: Yeah, you can call it that. That record can be interpreted in many different ways for me. Depending on how I’m feeling it can be just a nice track to get me dancing, or a gospel song that can help push me through a difficult time. The record is timeless, which is a common thread with the majority of the music that we play. I think this is why the kids of our generation and younger can resonate with it so easily.
You two work in fashion [Brandon works at Dover Street Market and Craig for the emerging brand Bode] . Does it have an influence on your approach to nightlife?
CRAIG: We’re definitely a part of that whole fashion scene, but it’s always secondary to our main passion.

BRANDON: Expression is a key part of it. Whether it be dancing, singing, or dressing up, they're all forms of expression and release. 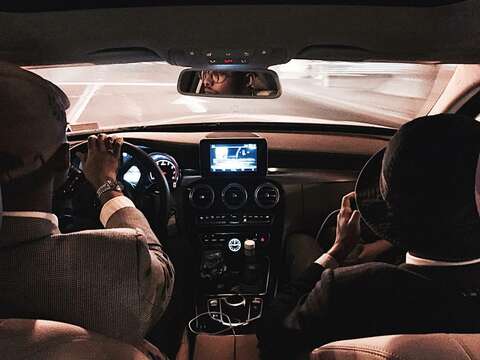 Which NYC club culture references inspire your (night) vision?
BRANDON: For me, the dancers, attention to detail, quality of the music, and sound make The Loft parties a big influence. That plus the strong community David Mancuso has built.
CRAIG: Community is everything when building a party. That’s the biggest part. I look at parties like Soul Summit, Shelter, Body & Soul, Mister Sunday–they all have a huge community who comes out and brings that same level of energy and positivity to every party. That family environment for me is what I want to see in the NYC club scene every time I go out. That’s love!
What's the most exciting thing happening in the dance music scene right now?
CRAIG:  I think it’s all of the exposure that the dance music scene is getting right now. When Brandon and I were growing up and discovering this music, we had nobody in our social circles who were rocking with it. It’s funny to hear people who made fun of it before telling me about it like it's something new. On the flip side, it’s a blessing that some of these artists who’ve been doing this for years are finally getting the exposure that they deserve. Carlos Sanchez, DJ Said, and Kayo to name of few.
BRANDON: Also, the innovative young artists that are making waves in the underground music scene right now. Emerging DJs and producers such as Hugo LX, P. Leone, Haruka, The Dutchess, and the DJ Palace crew. I’m always really excited to see what they’re up to.

And on a global scale?
BRANDON: I really like what the record label Rush Hour is doing, especially with the re-presses of the more underground releases. I have yet to take a trip to Europe or anywhere outside of the US, but places like Dekmantel Festival seem really exciting!
CRAIG: Not that it’s my mission to bring the focus of dance music back on the States, but I really have my eyes on the Detroit scene right now. They’ve held onto their culture for so long and in a major way–you can see it in the music coming out of that city and the parties they throw. I’ve seen 3 Chairs play right next to a soul food spot and they were barbecuing outside–it's like the dance music culture is totally engulfed into the environment and I love that. 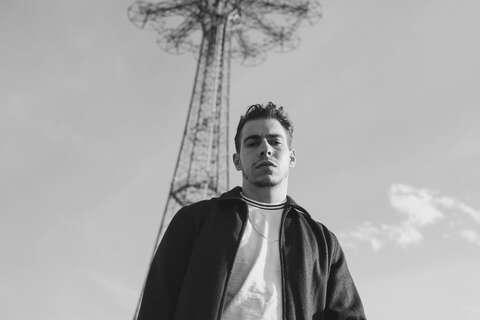 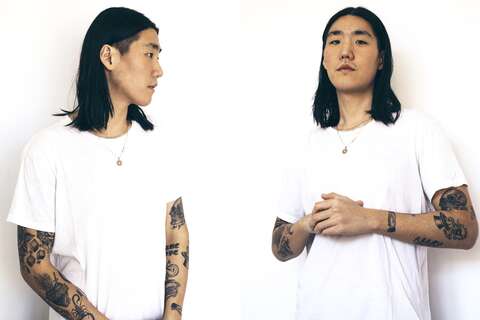 In the Mix: Lawrence Lee